You are here: Home / Fiction / Action & Adventure / Catch Me If You Dare by Tobin Michael

Jake Mathews is a U.S. Marshal with a special skill, he is considered to be the best man hunter the service has.

Max Baxter, an infamous serial killer, has escaped from federal prison and wants to challenge Jake’s skills. With help from his brother, Frank, Max has kidnapped three girls from local malls around the Midwest. They are the bait to lure Marshal Mathews to a remote Island in Lake superior. Max has given Marshal Mathews forty eight hours to hunt and kill him or the girls will die a gruesome death. Jake and the kidnapped girls each find a strength they never knew they had as they struggle against the demented mind of Max. They find the most unlikely ally in their struggle to survive. If you like James Patterson, Michael Connelly, Harlan Coben and Barry Eisler you will love this book. 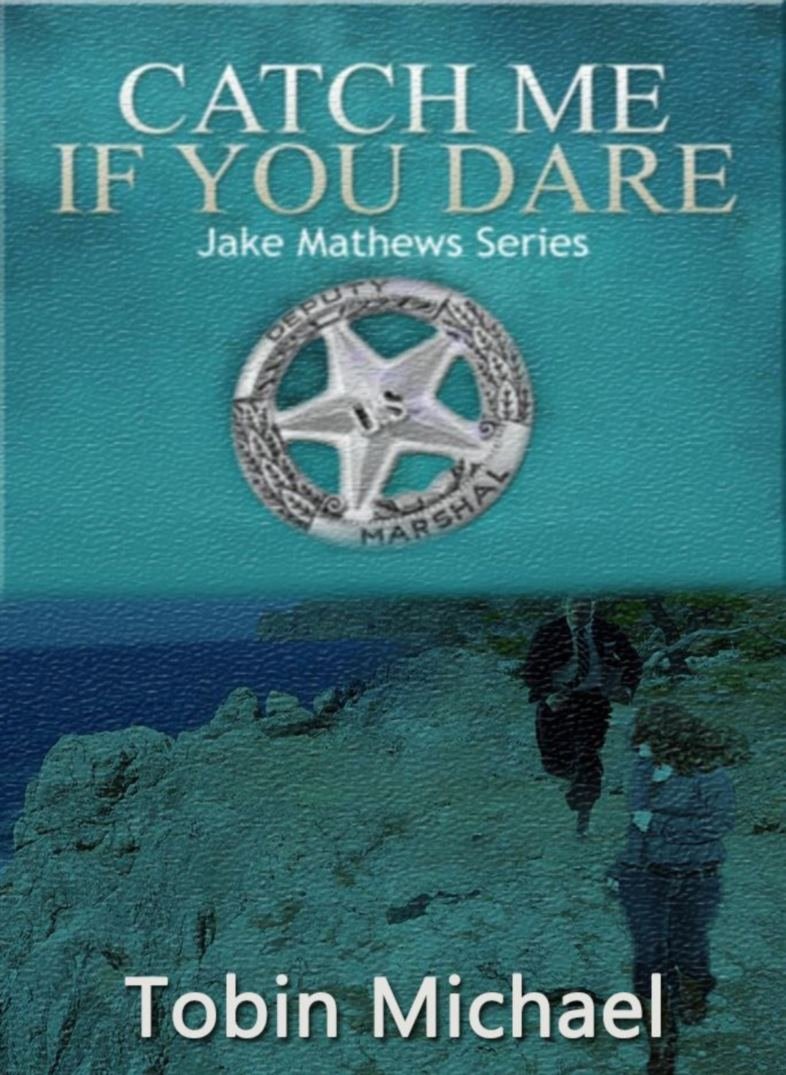 How is Writing In Your Genre Different from Others?
I bring a unique perspective in writing about the Marshal Service. I was a Deputy for 27 years and worked in every department. ( Warrants, seizures, protection, transport, witness protection program (yes the Marshal run that program not the FBI, lol) The challenge writing in my genre is to keep the pace moving and entertaining while developing the characters. So many authors in this genre have very shallow characters and non stop action. This tends to make the book almost comical in a way. So I strive to keep the book moving but to keep it real (even if it is real in the extreme.)

What Advice Would You Give Aspiring Writers?
This is old advice but its the best I’ve heard. WRITE. Don’t talk about it, do it. Everyone has good intentions and may even manage to make it 60 pages or so but 90% stop there. Sit down every day, write no matter if its good or not, don’t edit along the way (you do that later) and bang out a book.

What Inspired You to Write Your Book?
This is the second book in the Jake Mathews series. (You don’t need to have read the first to read the second) Marshal’s pride themselves as being the best man hunters in the world. I thought it would be interesting to have a antagonist who had already defeated the best investigative agency in the world (The FBI) and now wanted to try his luck with the Marshals.

About the Author:
As a child, growing up in Cedar Rapids, Iowa, I always knew that I wanted to be a cop from a very young age. While in college, majoring in Political Science and Law Enforcement, I was asked if I wanted to take the test to be a Deputy U.S. Marshal. (Most of us hired had never heard of the Marshal’s, except on television’s Gun Smoke. A common joke at the academy was, ‘I didn’t know how to spell it, now I is one.’ It’s funny because most of us spelled Marshal, as Marshall, until hired. And yes, the grammatical error is on purpose) I was hired, to be a Deputy U.S. Marshal, in June of 1984 and was posted to my home town of Cedar Rapids, Iowa (extremely unusual and rare. A deputy had just been fired days before I was to be hired). During my 27 years I have hauled hundreds, if not thousands, of prisoners to penal institutions. I have seized everything from race horse to million dollar farms and jets. I have protected Judges at every level, including Supreme Court Justices. I have protect some of the most famous and notorious witnesses in the U.S., all without incident. And, finally, have arrested hundreds of fugitives over the course of my career. The idea for the main character came to me one day as I was walking into the local county jail to pick a prisoner up. The name, Jake Mathews, popped into my head and stayed there for twenty years, until I finally wrote it down on paper, and created this Novel. I’ve had a blast with this first novel and hope to write many more in this series. Thanks for stopping by and taking a look.

Website(s)
Author Home Page Link
Link To Buy Catch Me If You Dare.