You are here: Home / Bargains and Freebies / Bargain Books Under $3 / Bunny on a Bike by Bev Spicer

“A great insight into 80s London, attitudes to women and life as a trainee bunny, plus smatterings of celebrities, this book captures that careless sense of youthful immortality perfectly. A fab light-but-intelligent read.” Amazon reviewer

“To say I liked this book would be an understatement, I absolutely loved it!” Amazon reviewer

“A wonderfully uplifting book that brightens even the dullest of days. The author has a way with words that delights the reader, and leaves her feeling better about the world in general.” Amazon reviewer

Carol and Bev have no idea about what they want to do for a living. They see a newspaper advertisement for Playboy croupiers and, with a typical lack of forethought, decide to apply. After parading in bikinis and completing two gruelling maths tests (with a certain amount of cheating), they get the job. They do four weeks training at Victor Lownes’ mansion in Tring, where there is free-flowing champagne and a well-stocked jukebox. They are commandeered to be photographed with Victor on his return from hospital, and are invited to attend one of his weekend parties, where they meet celebrities but are not terribly impressed. Bev and Carol encounter unscrupulous landlords and exact a savage revenge. They deal blackjack to all kinds of punters, fend off lecherous pit bosses and almost fall in love. They get into all kinds of trouble and come out unscathed. Bunny on a Bike gives the reader an amusing insight into life inside the casino and being young in 80s London. Along the way, Bev and Carol make us laugh with their very different attitudes to life. One thing is sure – they will be friends forever.

Bunny on a Bike is a memoir. It is anecdotal, unfolding chronologically, and told in the first person. Its tone is often ironic, and its protagonists offer us an uplifting and humorous account of the process of becoming a Playboy croupier. If you like frivolity and fun, if you like a dry kind of humour, if you like to laugh, you will love Bunny on a Bike.

There are three Bev and Carol adventures, which are all stand-alone books. For those who would like to know the order, here it is: ‘One Summer in France’, ‘Bunny on a Bike’ and ‘Stranded in the Seychelles’. 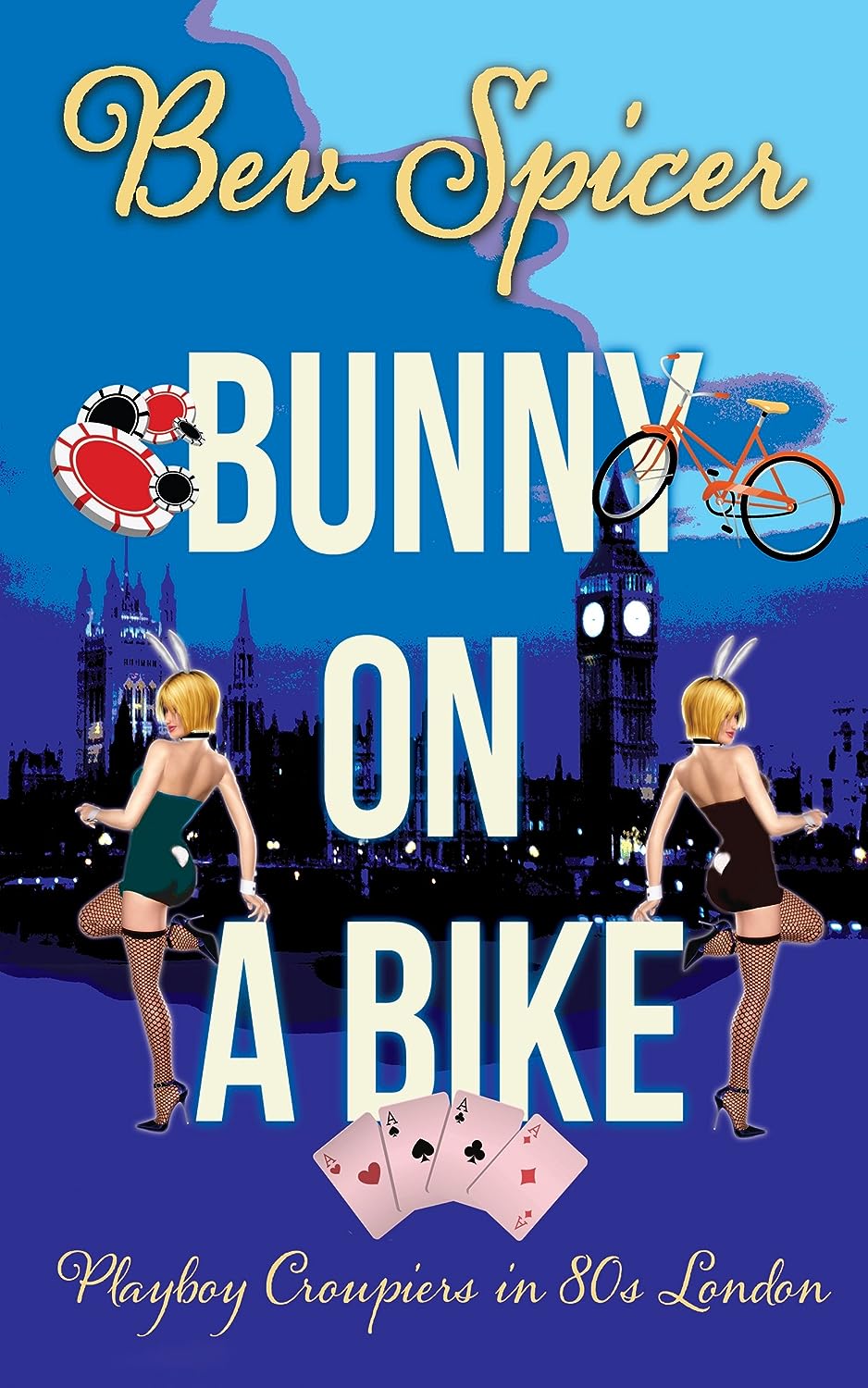 How is Writing In Your Genre Different from Others?
I like dialogue. Pithy and fast moving. Humour has to come through good characters, too. Bev and Carol are very strong personalities, who work well together even though they are as different as chalk and cheese. As Bunny on a Bike is a memoir, the plan was fairly straightforward and spontaneous, which was a great advantage.

What Advice Would You Give Aspiring Writers?
When you think your book is finished, put it away for a few weeks. Good books take time.

What Inspired You to Write Your Book?
I started writing about six years ago. I was talking to an editor friend of mine about my first completed manuscript and she was obviously not very impressed with it! She asked me why I didn’t write about something more ‘real’ and suggested I start with my experiences as a Playboy croupier. Six months later, she did a final edit and told me it was one of the funniest books she’d read! I certainly had a lot of fun writing it. In fact I wrote two more humorous books featuring Bev and Carol and I may well write a fourth at some point. My first manuscript? Still in the drawer, where it will probably stay for a very long time!

About the Author:
Bev Spicer is the author of six ebooks and two paperbacks. She also writes under the pen name B. A. Spicer.

Bev was born in a small market town in the Midlands, daughter to an observer for the Royal Air Force..She was educated at Queens’ College, Cambridge and became a lecturer at Anglia Ruskin University in 1997 moving to live in France with her husband and two of her children ten years later, where she writes full-time. She is widely read and has travelled extensively, living in Crete, where she taught English and learned to speak Greek, and in the Seychelles, where she worked for the government and co-designed materials which were used to teach at secondary school level.

She has recently published ‘Stranded in the Seychelles’, a humorous memoir and sequel to her best-selling ‘Bunny on a Bike’.