You are here: Home / Autobiographies, Biographies & Memoirs / Bullying is Legal: A Survivor’s Story by Dominic Richardson 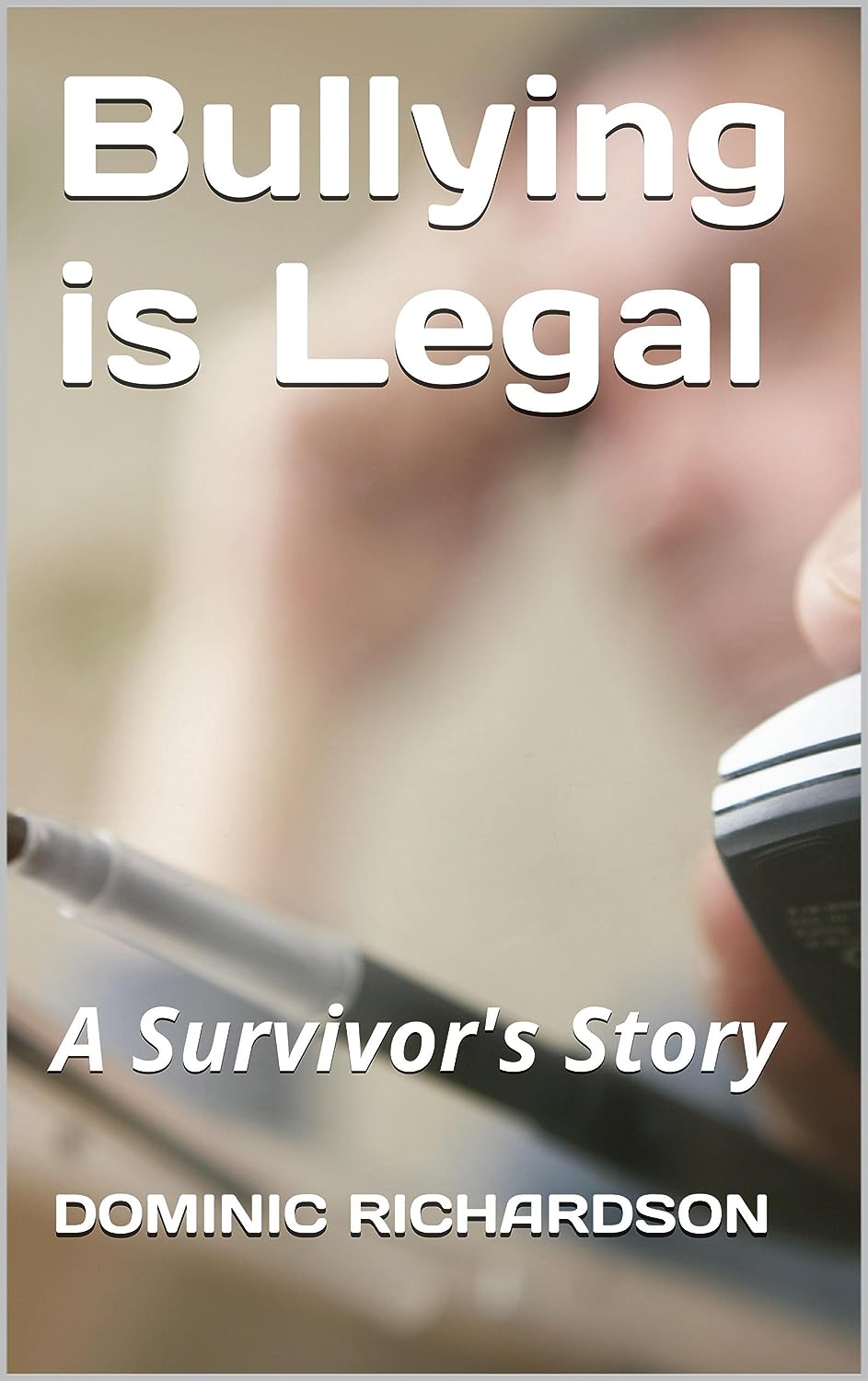 This is the story you were never meant to read. A man is severely bullied in the workplace over the course of a year at a Fortune 500 company. He is subjected to multiple intrusive activities that are illegal by state and federal law. Due to a confidentiality agreement, he cannot publicly identify the employer as responsible for the illegal acts. The man exercises the legal right to mask the identities of those involved in the matter in order to make the story available for the public. This untold story examines the impact bullying and discrimination has on the individual and other survivors in our world.

What Inspired You to Write Your Book?
I’ve had the pleasure to meet the Complainant during an interview at a social services agency, and after 30 minutes of collecting information I knew that I wanted to create this story.

How Did You Come up With Your Characters?
The characters are based on real people in the workplace, but I had to change their names in order to comply with a confidentiality agreement the Complainant signed with the company.

I want to share this book with the public to place emphasis on the untold story of a survivor of bullying and discrimination in the workplace. Due to a confidentiality agreement signed outside of court between the two parties, I can not reveal the identities of the Complainant, employer or any individual employees involved in the matter. However, it is within the Complainant’s legal rights to discuss the matter in so far as the allegations are not tied to the particular employer, which would give the company the legal right to sue the Complainant for damages in court.

This is the nature of the system in which we live. Over the last year, I’ve had the pleasure of interviewing the Complainant and observing the legal documents involved in the matter. I gathered all of the information from the Complainant, masked the identities of the parties involved, and made it available for the public so that the world can learn how bullying and discrimination affected this person’s life.

It is no secret that many people in society experience bullying and discrimination in places of employment and public accommodations. These people often feel powerless to stop what is happening to them, and they frequently find themselves in expensive legal battles and as victims of wrongful termination.

The Complainant in this matter was the victim of several offenses, both illegal and those without legal protection. The Complainant was wrongfully terminated after submitting a discrimination complainant to the Human Resources department, subjected to intrusive forms of discrimination based on sex and race, and was systematically bullied in the workplace by his co-workers over the period of a year.

The Complainant worked at a Fortune 500 company, one of the most successful businesses in the United States. He made a good faith effort to inform the Human Resources department of illegal activity by his co-workers and was terminated in retaliation, which is an illegal act by both state and federal law.

Since the victim cannot share his own story due to the confidentiality agreement, I am happy to share it with the entire world to shine light on situations like these. I sincerely hope that after reading what happened to the Complainant, that you will share this story in the hopes of putting a stop to bullying and discrimination in our society.

While there are laws on the books protecting people from discrimination, there are virtually none protecting them from bullying, particularly in the workplace. In many circumstances, people can be subjected to physical and verbal abuse and have no way to protect themselves if the actions do not fall under a state or federal “protected” category of discrimination: age, race, color, sex, religion, disability and additional classifications in some jurisdictions.

About the Author:
Dominic Richardson is the editor of ARTbracket, an online publication. He is also a social services worker who enjoys helping others in need.