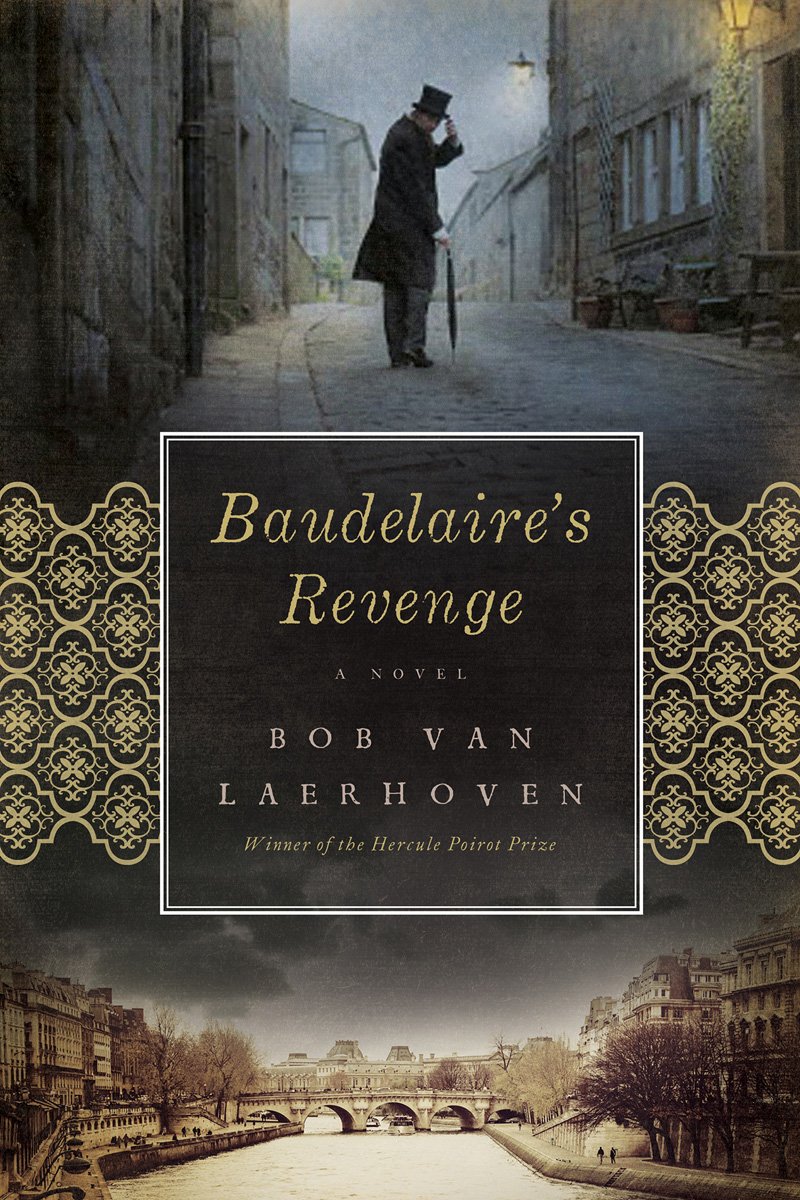 It is 1870, and Paris is in turmoil. As the social and political turbulence of the Franco-Prussian War roils the city, workers starve to death while aristocrats seek refuge in orgies and séances. The Parisians are trapped like rats in their beautiful city but a series of gruesome murders captures their fascination and distracts them from the realities of war. The killer leaves lines from the recently deceased Charles Baudelaire’s controversial anthology Les Fleurs du Mal on each corpse, written in the poet’s exact handwriting. Commissioner Lefevre, a lover of poetry and a veteran of the Algerian war, is on the case, and his investigation is a thrilling, intoxicating journey into the sinister side of human nature, bringing to mind the brooding and tense atmosphere of Patrick Susskind’s Perfume. Did Baudelaire rise from the grave? Did he truly die in the first place? The plot dramatically appears to extend as far as the court of the Emperor Napoleon III.

A vivid, intelligent, and intense historical crime novel that offers up some shocking revelations about sexual mores in 19th century France, this superb mystery illuminates the shadow life of one of the greatest names in poetry. Winner of the Hercule Poirot Prize for best crime novel of the year

What Inspired You to Write Your Book?
The tormented and dramatic life of Charles Baudelaire, one of the greatest poets of 19th-century France.

How Did You Come up With Your Characters?
I read Baudelaire’s collection of poems “Les Fleurs du Mal” (The Flowers of Evil) in a Dutch translation – I’m Flemish – when I was 17 and those dark and decadent verses, so beautifully flowing, stayed with me all my life and resulted in the writing of “Baudelaire’s Revenge”.

Book Sample
1
Life and death had taught commissioner Lefèvre to love poetry and wenches, and in spite of his fifty-three years, he still wasn’t certain which of the two he admired the most. To him, poetry was an abstract emotion rooted in the primordial world, before the existence of language. The act of copulation skulked through the human brain like a prehistoric lizard, biting randomly.

The commissioner had decided to feed the reptile that evening and was in search of a warm haven. The prospect increased his sensitivity toward the aesthetics of a visit to the brothel. His burly frame, covered with coarse grey hair, had been washed and perfumed, reminiscent of years of abundance, handsomely oiled and gleaming. Lefèvre had trimmed his pubic hair as neatly as his short beard. He was ready to bear the burden of the flesh.

He had spent more money on cocottes in his life than he cared to remember. But he wasn’t interested in expensive suits or alabaster handled walking sticks. In exchange, he had memories: a lock of hair covering the eyes, ample dangling breasts à la levrette, trembling thighs in muted lamplight. They took him by surprise at times and soothed his restlessness.

About the Author:
Globetrotter and writer

Born with sand between his toes.

Bob van Laerhoven was born on August 8th 1953 in the sandy soil of Antwerp’s Kempen, where according to the cliché ‘pig-headed clodhoppers’ live. This perhaps explains why he started to write stories at a particularly young age. Some speak of science fiction, but Van Laerhoven hates the expression and prefers to speak of social fiction. A number of his stories were published in English, French, German, Spanish and Slovenian.
Debut.

Van Laerhoven made his debut as a novelist in 1985 with Nachtspel – Night Game. He quickly became known for his ‘un-Flemish’ style: he writes colourful, kaleidoscopic novels in which the fate of the individual is closely related to broad social transformations. His style slowly evolved in his later novels to embrace more personal themes while continuing to branch out into the world at large. International flair has become his trademark.
Avid traveller

Bob Van Laerhoven became a full-time author in 1991. The context of his stories isn’t invented behind his desk, rather it is rooted in personal experience. As a freelance travel writer, for example, he explored conflicts and trouble-spots across the globe from the early 1990s to 2005. Echoes of his experiences on the road also trickle through in his novels. Somalia, Liberia, Sudan, Gaza, Iran, Iraq, Myanmar… to name but a few.
Mass murders.

During the Bosnian war, Van Laerhoven spent part of 1992 in the besieged city of Sarajevo. Three years later he was working for MSF – Doctors without frontiers – in the Bosnian city of Tuzla during the NATO bombings. At that moment the refugees arrived from the Muslim enclave of Srebrenica. Van Laerhoven was the first writer from the Low Countries to be given the chance to speak to the refugees. His conversations resulted in a travel book: Srebrenica. Getuigen van massamoord – Srebrenica. Testimony to a Mass Murder. The book denounces the rape and torture of the Muslim population of this Bosnian-Serbian enclave and is based on first-hand testimonies. He also concludes that mass murders took place, an idea that was questioned at the time but later proven accurate.

All these experiences contribute to Bob Van Laerhoven’s rich and commendable oeuvre, an oeuvre that typifies him as the versatile author of novels, travel stories, books for young adults, theatre pieces, biographies, poetry, non-fiction, letters, columns, articles… He is also a prize-winning author: in 2007 he won the Hercule Poirot Prize for best thriller of the year with his novel De Wraak van Baudelaire – Baudelaire’s