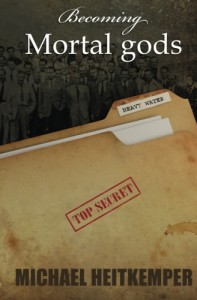 1943 – The Allied forces sank a schooner vessel which carried vital components that could have enabled the Nazis to build an atomic bomb. The bomb was never completed. But what if the Intel was wrong? What if the Nazi’s were building something else? Something more dangerous…

The present – After investing their life savings in order to finance the in-vitro fertilization, Daniel and Anne Donnely’s son dies at birth. The couple’s strained relationship soon ends. Eighteen years later, each have lived very different lives. While Anne struggles to move on, Daniel can not give up his desperate hold on the past. That hold is fueled when Daniel discovers that the fertility clinic may have made a mistake by implanting Anne with the wrong embryo.

Running on the blind hope that his son is still alive and well with another family, Daniel sets out to find him. He has no idea that his blind hope may very well save the world.