You are here: Home / Interviews With Authors / Interview with Author – Samuel Robert Piccoli 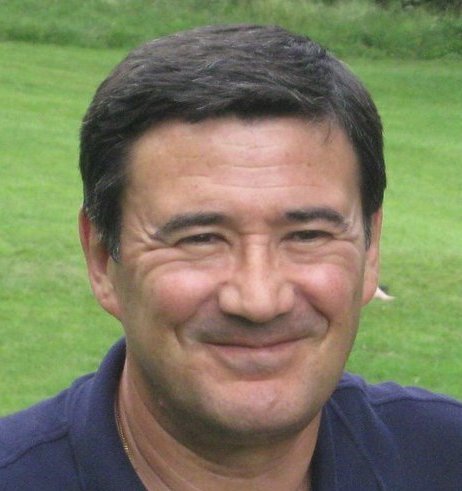 About Samuel Robert Piccoli:
I was born the 13th November, 1950 on the Island of Maddalena—one of the most beautiful islands in the Mediterranean—off the northeast coast of Sardinia. But my origins are nuanced. My mother—an American citizen, although her family was originally from Liguria in northwest Italy—was born in Philadelphia, PA, and my father was born near Treviso, in the northeast of Italy.
When I was very young my family moved to Rome, where I first went to school. After attending Classical High School, I studied political science for two years at the Sapienza University of Rome. I then moved to Treviso, where I eventually settled.
From 1972 to 1975 I attended the Ca’ Foscari University of Venice, where I graduated with a doctor’s degree in philosophy under Professor Emanuele Severino. I also studied English at San Francisco State University in 1980.
I have been a High School teacher of History and Italian almost all my working life. Now that I have retired, I can finally spend more time doing what I love most: writing.
In my Twitter profile I describe myself as “European by birth, American by philosophy,” which after all is quite an accurate description. Perhaps it also supports the adage that brevity is the soul of wit.
I live in the Venice area with my wife, my daughter, and our dog, a golden retriever that swims like a fish and is crazy about tennis balls.

What inspires you to write?
As for my first book, Blessed Are the Contrarians, well, I didn’t originally want to “write a book”… I just came to the decision of writing a blog, that is an online diary, or a daily pulpit, or whatever you want to call it. The book was just a side-effect, so to speak, of the original purpose of creating and maintaining a blog.
As a matter of fact, I collected in that volume some of the pieces which I had posted on my blog over several years, namely the most suitable to this traditional mode of communication. As a result, Blessed Are the Contrarians is a kind of diary of a journey through our time (politics, culture, lifestyles, worldviews, etc.). Let’s say that what my first book is all about is explaining—though not in a systematic way—why I disagree with mainstream views in several areas. And this from a conservative and Christian point of view, that is to say the perspectives which, in turn, come under severe attacks from secular and progressive ideologies, namely the most influential schools of thought of our time.
To conclude, the question ‘What inspires me to write?’ should be changed to ‘Why did I decide to create a blog?’ And the answer is ‘Simply because I had to.’ Because everyone is called to witness to what they have seen and heard, and to what they believe in.
I could say the same for my latest book as well. Being Conservative from A to Z is a tribute to what I believe to be a great political truth.

Tell us about your writing process.
I think I am both an outliner and a seat of the pants writer. Sometimes my approach is a very methodical one, some other times I prefer a more intuitive approach. It depends upon many factors. Life is a mystery. It is not always true that 2 plus 2 equals 4.

What advice would you give other writers?
“Insist on yourself; never imitate. Your own gift you can present every moment with the cumulative force of a whole life’s cultivation; but of the adopted talent of another, you have only an extemporaneous, half possession. That which each can do best, none but his Maker can teach him” (Ralph Waldo Emerson, Self-Reliance).

How did you decide how to publish your books?
I don’t want to get into the ‘Traditional’ publishing versus ‘Indie’ publishing debate, let’s just say that I don’t believe in the traditional route for publishing. Too many compromises, too many deals, a lot of people to please, waste of time—and, er, I’m not a young man anymore. So one day I came across Create Space and Kindle KDP…

What do you think about the future of book publishing?
Paper books will never die, but eBooks are the future, even though after a decade of exponential expansion, growth is slowing. But we all knew this day was coming: year over year growth of 100 percent to 300 percent a year could not continue forever…
Another important trend is that, regardless of the pressures of the publishers’ lobby, multiple market forces will conspire to cause more traditionally published authors—eager to maximize their net—to turn their backs on big publishers and emigrate to indieville. At the same time, the new generation of writers, unlike their predecessors, can begin writing their book today with the full confidence that one way or another, it will get published. But, once a comes to the realization that the power in the publishing industry has transferred from publishers to writers, it opens up a new world of possibilities and choice.

What genres do you write?: Essay, Narrative nonfiction, Biography, Autobiography