You are here: Home / Children and Young Adult Books / Zera and the Green Man by Sandra Knauf

On the eve of Zera’s fifteenth birthday, she’s finding little to celebrate. Her guardian, Uncle Theodore (who she’s nicknamed “the Toad”), and his frilly girlfriend, Tiffany, are dragging her to the opening of a fast-food restaurant. The menu features genetically-modified products, including the Toad’s creation “beefy fries,” a concept that both sickens and intrigues Zera.

As if that were not enough, Zera is in trouble at school for mysterious events that she neither caused nor understands—and her classmates think she’s a freak.

The single light in Zera’s dark birthday is a gift from her grandmother that awakens Zera’s passion for plants and helps bring to light her family’s ancient connection to the natural world. 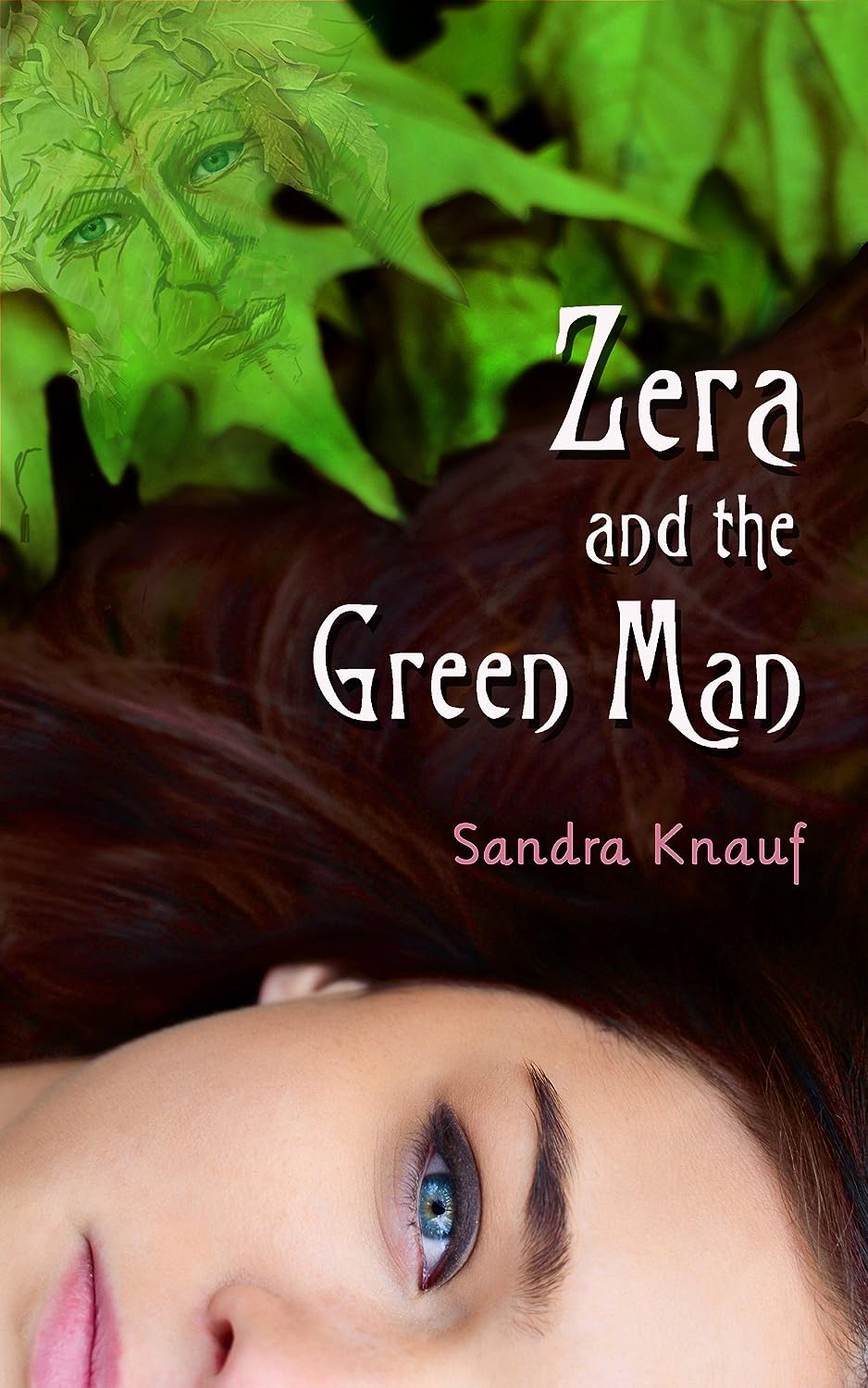 How is Writing In Your Genre Different from Others?
Zera and the Green Man is a combination of several genres: fantasy, science fiction, and environmental fiction. Fantasy in the legend of the Green Man and the mythology of Great Britain; science fiction in the way it’s set in the near future where a lot of bizarre and dangerous work is being done with genetic engineering; and, finally, environmental fiction in that the overall message is that we need to love and protect nature. When you cross genres you are free to go places that others haven’t been. There’s no formula, no expectations, and that’s something I find really exciting. I didn’t start off thinking I’m going to write a sci-fi/fantasy/environmental-fiction book, though. The story dictated that this book would be a mix of genres; it told me what it wanted to be. But being able to have elements of fantasy, sci-fi, and environmentalism made it a fun and highly interesting ride for me as a writer. And that’s what the writer always hopes for, because if the writer is having fun and is engaged, hopefully the reader will be too.

What Advice Would You Give Aspiring Writers?
Get your work out there–d.i.y., publish by whatever means necessary. Keep improving your work, and, I know this has been said before, never, ever, ever give up!

Author Bio:
Aside from her fiction writing, Sandra Knauf is the publisher and editor of Greenwoman Magazine, a garden writing magazine. She was a 2008-09 featured “Colorado Voices” columnist for The Denver Post and her humorous essays have appeared nationally in GreenPrints. Sandra has also been a guest commentator on KRCC’s (NPR’s southern Colorado affiliate) “Western Skies” radio show. There she read her essays, including one about a chicken in her family’s flock that changed from a hen to a rooster (a true science story!). Sandra lives in Colorado Springs, Colorado with her family, three dogs, urban garden, and lots of books.