You are here: Home / Bargains and Freebies / Kindle Unlimited eBooks / Zen and the Art of Dying by Jared Wynn 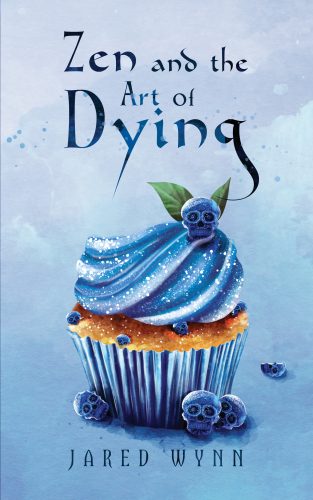 Kenny isn’t afraid of death, he’s just sick of dying. Every time someone murders him, he wakes up and starts his day over, which day usually ends with someone murdering him again. Eventually, he’ll die of old age and spend the rest of forever dying, unless he can find a way to undo this horrible reincarnation condition.

What Inspired You to Write Your Book?
I became interested in Buddhism through martial arts when I was a teenager, and that interest never really waned. The notion that life is more of a trial than a test, that we might suffer through multiple lives until we figure something out, fascinated me. But what inspired me to write this specific story was a physics thesis which suggested that information might be plausibly sent back in time through a particle accelerator. If everything can be understood as math, then this would mean that personalities could be sent back in time.

How Did You Come up With Your Characters?
Kenny, the main character, was inspired by a veteran I met who described the horrors of war from the perspective of someone who'd taken the Hippocratic oath.
Santo, the mentor/sidekick character, was loosely based on a former co-worker of mine.
Cady, the love interest, is a rough approximation of my dream woman; smart, curvy, and nerdy.

Book Sample
I take a step forward, clearing the entryway. “Don’t even think about it!” he screams.
“I’m not thinking about anything,” I reply while taking another tentative step. If this is going to work, I need him to think I’m just looking for a safe spot on the floor with the other cowering customers. And they’re understandably terrified; as far as they know, they could die right now and it’ll all be over. Their hopes, their dreams, their regrets… they’re lucky.
His finger goes white on the trigger. I’m almost there.
“You know her? You do, don’t you?” he asks, pointing at Cady with the gun.
“Yeah, she’s my ex-college roommate’s uncle’s dog sitter’s niece’s second cousin twice removed. You?” I’m still slowly inching forward, trying my best to look like I’m shaking in fear. It helps that I am.
“She didn’t tell me about you!” His voice goes up in pitch and is even a bit raspier now. Sheesh, how much adrenaline can that big body produce?
“Please, don’t… he’ll kill you…” Cady whimpers from the floor. She recognizes me, and she’s probably regretting having ever met me, but I can’t dwell on that. The slightest distraction right now could get us both killed. At least that’s been my experience.
I take one more step and meet his eyes finally. And smile. “There’s a lot she didn’t tell you.” It’s OK, I’m in position now so I can piss him off. I think.
He points the gun at her for a moment, hesitates, then decides to murder me first. So far so good.