You are here: Home / Fiction / Fantasy / You Made My Heart a Hunter by E. M. Epps 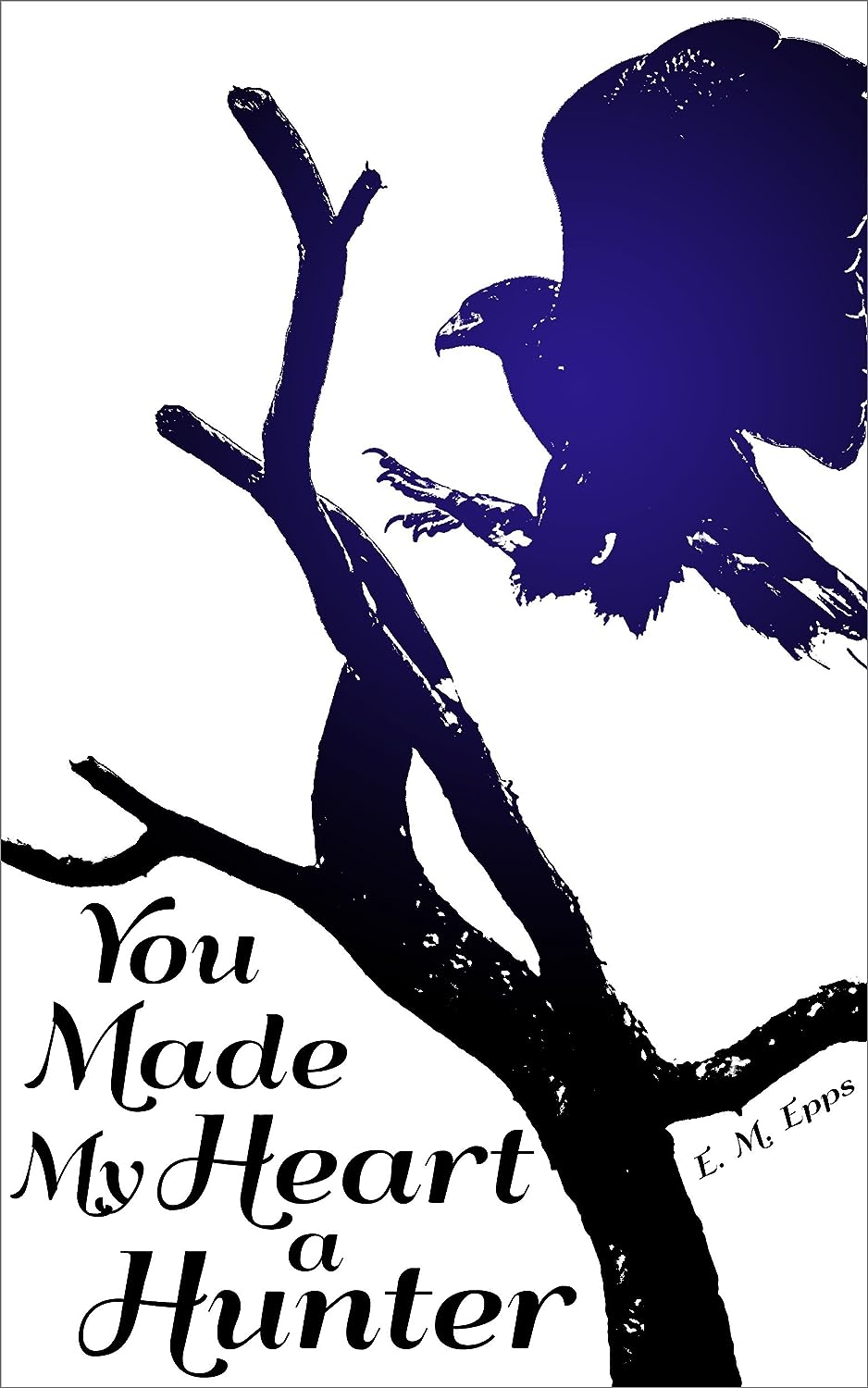 She has the power to change the course of a river with a few lines of song, but she couldn’t save her own husband from his fate. Lhennuen Damaiud, sorceress and priestess, leaves her temple for the northern forest in order to escape from humanity and figure out her life’s purpose.

Yet as it turns out, escaping from humanity is harder than she expected. And escaping the will of God…well, she should have known *that* was impossible.

“You Made My Heart a Hunter” is a fantasy novella of magic, growth, and faith.

“As a fan of Marion Zimmer Bradley’s work, I felt like I was reading Priestess of Avalon or Forest House again and was in love.”
–Ann Hunter, author of Moonlight and The Subtle Beauty

What Inspired You to Write Your Book?
I’ve been playing – I mean, writing – in this universe since I was in my early teens. This particular story has been one I’ve wanted to tell for a decade and a half, when I fell in love with the imagery in the song “Fallen Icons” by Delerium. It seemed so perfect for this particular moment in my character’s life. But I knew at the time that I wasn’t an experienced enough writer to do it justice. So I let it stew, until I was ready for it.

How Did You Come up With Your Characters?
Characters just show up. So many, in fact, that I have to beat them away with my grandma’s cast-iron frying pan.

Book Sample
When the head priestess came to tell Lhennuen that her husband had died, she already knew. In fact, she had known since that night, when she had awakened in the pitch black and had barely made it to the chamber pot before being violently sick.

Since she was a Siol and a priestess of Hadhera, and could be neither pregnant nor ill, the cause had to be outside of herself. A moment’s searching through her mind produced the answer.

She had done all of her weeping at the time. There was no need for any more.

Just after dawn, the head priestess knocked on the door to her room. Lhennuen was sitting on the bed with her back to the door, turning over in her hands the painted bone comb her husband had given her as a betrothal present.

“Come in,” she said in a low even voice, without turning.

The head priestess put her head around the door—with a tentative manner unlike her usual self.

No one knew how old Hapato was. A hundred years was a common guess. So old that her back was stooped, her face a walnut of wrinkles beneath a thin white fluff of hair, her voice trembling—all despite her power as a Siol, which could hold off such things for a long time. But then, most Siols died for their work, and never had the chance to grow old.

“Do you know?” Hapato asked.

“I share your grief,” said Hapato, speaking the truth rather than just the traditional condolence.

Lhennuen looked around at her mistress—her friend. Lhennuen’s face, narrow, dark-eyed, composed, and very white, was a pale blot in the dim room lit only by the soggy light entering through the window. Lhennuen was a young woman, but her eyes were not and never had been the eyes of a youth.

Hapato noticed that she had not covered her hair today as a married woman did.

“Thank you, Hapato,” said Lhennuen. “That means much to me.” She shifted her position sideways on the edge of the bed to look at Hapato steadily. “Come in,” she said a second time.

Hapato entered, and closed the door, but stayed near it.

“How did he die?” Lhennuen asked.

If Hapato was surprised that Lhennuen had not seen that as well as the death itself, she did not betray it. Prophecy and the sight of distant things were fickle gifts.

Hena friends do not spare each other truths. “Disembowelment,” said Hapato.

Rather than horror, a small flash of understanding passed across Lhennuen’s face. The reason for the stomach cramps, then. Then her face closed, keeping her feelings inside, though her eyes were more shadowed than usual.

Then a moment later, she said: “Is the name of the one who killed him known?”

A pulse jumped in Hapato’s throat. Revenge was forbidden by the Hena religion, which was not to say it was not widely practiced.

So far she has three works published: “To Hell and Back Again…With a Little White Dog,” a humorous novella with influences from Greek mythology; “The Portrait of Géraldine Germaine,” a feel-good romance novelette about a female author in 1890’s Paris (with a touch of magic as well, of course!); and “You Made My Heart a Hunter,” a fantasy novella with a focus on spirituality, nature, and the conflict between an individual and society’s expectations. All three stories are available on Amazon.