You are here: Home / Faith and Religion / Christian Fiction / WINGS OF THE WIND by Randall Ritter 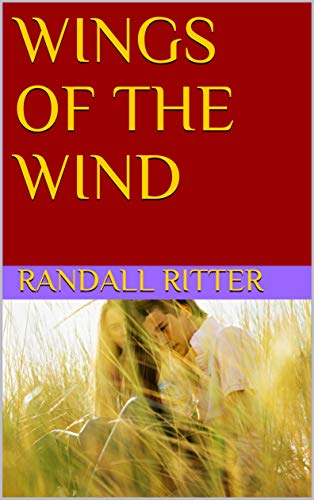 Murderous rage, bigotry and rape; topics not commonly discussed around the supper table of Pastor Sam and Martha Belle Jobe, with their brood of five, in the segregated, Deep South of Louisiana of the 1960’s. However, events centered around their middle child, 12-year-old, Rance, will cascade all those issues and then some, upon their family. Over the course of 4 turbulent years, Rance will meet tragedy, treachery, trials and true-love, head-on, as he seeks to discover truths about himself, his family, the enemies they share, and the God they worship.

What Inspired You to Write Your Book?
For years creative writing was a hobby. I wrote 3 complete novel manuscripts, shopping them around a bit, accumulating nothing but an assortment of rejection notices. However, my paying career and family obligations put my desire to write on the back burner. Soon after retiring I felt a stirring while reading my Bible. Immediately I compelled to embark on what led to WOTW.

How Did You Come up With Your Characters?
Once the story and message were fleshed out, I more or less just used names which were filed in my memory. There were a couple of exceptions, including the family name of the protagonist. Anglicized a Biblical name, in fact.

Book Sample
The thought crossed his tortured mind to draw his knife and cut the sleeping man’s throat. Instead, he spotted his cap on the floor and scooped it up. Outside, the intensity of the storm increased. Howling wind breached the eaves as he pulled the knife from his pocket, opening the primary blade.
Go Rance! Go! the wind seemed to moan as it swirled into the room.

Directing his gaze to his bike, a growing sense of urgency propelled his decision to escape. He tugged the cap onto his aching head, all the while, keeping his eyes on the unconscious man. He then side-stepped slowly until he reached his goal. Even before clearing the doorway, driving rain pelted him.

Finally, he breached the exit and hurriedly straddled the bike, before turning for one last glance. No! The man had disappeared.

With panic swelling in his chest, he leaped into action, but too late. The bushwhacker sprang from around the doorway, grabbing Rance by the back of his tee shirt and britches.

The boy began to fall over but caught himself, halfway down. Wrapping Rance in a bear hug, the man interspersed foul words with inhuman grunts, attempting to pry the boy from the bike. Suddenly, Rance realized the knife remained clutched in his right hand.

With all his strength, he flicked his right wrist, stabbing the blade through the heavy coverall, above the right knee of his assailant. An animalistic shriek of pain escaped the maniac’s lips as he stumbled backward, with Rance’s knife buried in his flesh.

It was all the break the boy needed. With a rush of adrenalin, he stood up on the pedals, tearing across the soggy parking lot, headed for the homeward trail.

“Don’t look back,” he whispered. But he did look back, turning away in horror when his blurry eyes did not see his adversary through the sheets of rain.

Suddenly inspired by a stirring down deep in his soul, the boy said earnestly, “Greater is He that is in you… than he that is in the world!” Even in the midst of desperate straits, Rance found comfort in the scripture and began repeating it over and again in his mind, as all of his breath was now needed for the task at hand.

Putting the remainder of his depleted stamina into the effort, Rance pedaled his bike with renewed vigor. His cap sailed from his head, prompting him to grit his teeth against the elements. Despite sloshing through widening puddles, faster and faster he rode, tearing through a cross wind, which brought him perilously close to the edge of the drop-off. Exacerbating the danger was a steady barrage of broken limbs and pine cones flying across his path. Predictably, with that stabbing pain hampering his already labored breathing, his lungs felt as if they would burst at any moment.

“Got to…stop. Got to…” Fighting off the feeling of utter helplessness, he paused, yanking the inhaler from his pocket, only to find that it was completely empty. “No!” he moaned as he threw the useless thing aside, applying feet to pedals once more.

Nearing the bend where he would actually be able to see his home, Rance strained through pain and weariness, splashing through puddles of muddy, red water. Calling on all of his reserves to finish the ride, he declared, “I’m gonna make it!”

At that instant, he was acutely aware of a crashing through the brush on his right. Initially, he thought the blustery might of the storm had blown over a tree but in a split second the madman in the slouched hat bowled him over, growling like a wounded bear. Dislodged from his bike, Rance somersaulted across the trail, thudding to rest, flat on his back.

As the menace reached for him, Rance managed to land a looping punch to his chin. In his weakened state, it did little damage, however the startled reaction of his assailant was such that Rance finally caught more than a partial glimpse of the face below the soggy, hat brim. With the light of recognition now shining in his cloudy eyes, the boy desperately flailed away with all four limbs.

The rain-drenched attacker, fully cognizant that the boy could possibly identify him, ferociously lunged once more, seizing Rance by the shoulders. The momentum of the conflict turned at that moment, when the lad at last landed a fortuitous blow, driving a knee between the legs of his foe. This produced a grunt of pain and the release of the devil’s groping hands. Seizing upon the opportunity, Rance rolled away, and with a supreme effort, staggered to his feet.

With his assailant now between he and his bike, the battered youth opted to make a run for it. However, as he headed up the trail for home, the gooey, red mud, betrayed him when he became stuck from its suction. Stumbling, he landed on all fours, splashing down into a widening quagmire.

Peripherally, Rance saw his combatant moving toward him. Instinctively, he thrust himself away from the onslaught, leaving one sneaker behind in the muck. The act proved to be effective, but in the process, it brought him to the brink of disaster on the softening peak of the slope.

Struggling mightily just to breathe, he gained his feet just as the menace, himself now appearing winded, lurched toward him yet again. Rance side-stepped, but had the misfortune to land in a washout, burgeoning due to the second deluge of the day. His feet began to slip and slide apart. For one agonizing, second, he struggled to regain his balance on the precipice of disaster, as the blowing gale raged against him.

Unfortunately, in his debilitated state, Rance’s effort proved fruitless. First one leg and then the other were swept off of the soggy ground, and in the blink of an eye, he pitched over backward, hurtling down the rocky face of the slope.
The hapless youth had little time to gauge his mishap. Upon first contact with the embankment, Rance’s world abruptly went black with his skull striking a chunk of limestone. Subsequently, his limp body bounced once, twice, three times during the descent, finally coming to rest at the edge of the rapidly rising, gully.

Oblivious now, to all he had endured in a span of twenty, hellacious minutes, Rance lay, all but lifeless. Meanwhile, the rising water began to tint from a spreading, crimson stain.

Above, as shouts of those, searching for his victim carried through the din of the howling storm, the villain grabbed Rance’s sneaker and hurled it into the rushing gully. Displaying a limp now, due to the bleeding wound inflicted by Rance’s knife, the perpetrator took hold of the Schwinn. Emitting a grunt, he heaved it down the slope. With twisted frame and spinning spokes, it came to rest just a few feet from the dying boy.

Confident that his victim would not survive to tell tales, the madness in the man’s eyes abated. In the next instant, the author of Rance’s nightmare was swallowed up by the gale-thrashed, foliage. Overhead, the tempest and torrents intensified, as if the heavens themselves, wept, at the pitiful plight of Rance Jobe.