You are here: Home / Fiction / Willowtree by Mike Bove 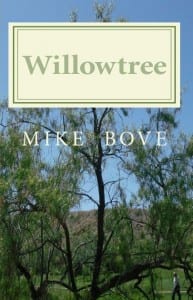 Bruce DelRano, retired postman, golf and food nut, finds a body near the golf course. He believes the murder is connected to others and involves his Apache friend. Together, they stay a step ahead of the police in trying to solve the cases. They uncover dark secrets of a close knit group of friends in the town of Willowtree, Arizona. This is a fun read with some interesting characters.

Mike Bove grew up in Vermont. He wrote articles and drew cartoons for his college newspaper. Mike was involved as an actor and director in high school, college and community theater. He adapted a Russian folk tale, The Nosebag, for the stage, produced and directed it. He was a public school teacher, track, and soccer coach before moving to Cape Cod. There he became an avid fisherman and golfer. He joined the Postal Service, transferred to Sedona, retiring in 2010.

Link To Book On Amazon