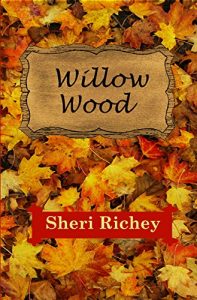 Nolan Ramsey thinks he wants to be alone. He leaves his life in the city, leaves his job as a news reporter, and buys a house in the middle of nowhere. He plans a life of complete isolation with just his dog, Scuba, for company.

Calinda Willow returns home to help her aging father at the end of his life. She copes with the loss by throwing herself into her work, rejects social invitations from her friend, Jackie, and thinks she is content with her solitary life.

They are both wrong.

What Inspired You to Write Your Book?
The characters are both seeking seclusion and I understand that need to hide away from the world.

How Did You Come up With Your Characters?
My female character in Willow Wood is self-sufficient and independent. I find I always write women with those basic characteristics. They aren't always strong emotionally, but they know how to take care of themselves in the world.