You are here: Home / Author Resources / Advice for Authors / Why Give Your Book Away? Guest Post by Shawn Inmon

Shawn Inmon is doing a multi-part guest post series on how and why to give your book away as part of a master marketing plan. Here is part one:

There’s something counter-intuitive about working on a project for months and maybe even years, and then giving it away for free to the general public. Still, that’s what authors have been doing for a little over a year, since Amazon introduced the KDP Select program.

Now, whether or not it is a good idea for an author to give away their books is a topic for another day, and there are as many opinions about that as there are writers. I don’t have any interest in convincing you whether you should give your book away or not. The reality is many, many authors are willing to do so. On any given day, there are more than 8,000 free books available on Amazon. I didn’t see the report myself, but I read anecdotally that there were over 40,000 free books available the day after Christmas. And, let’s be clear – most of those are not out-of-copyright Classics. The vast majority of these freebies are books that have been recently published, albeit from “independent” authors.

So, the question begs, why? Why would authors work so hard to put out a book, only to give it away for free to anyone that wants it?

The answer is: exposure. The most difficult thing for a new author with no established platform to find is people who are aware of their book. KDP Select, if done properly can solve that problem. The reason I believe Select is so popular is because there are not many viable alternatives to it at the moment.

Here’s how it works: Let’s say you do a successful three day freebie run (you’re allowed five free days for every 90 days you commit to being in Select, and thus, exclusive to Amazon) and give away 20,000 copies of your book. The way the Amazon algorithms are reputedly currently set (and that is subject to change without notice) your book would be given “credit” for having sold 2,000 copies over a very short time, or about one-tenth of a sale for every giveaway. The algorithms would then give you a place on your category’s “Popularity List,” which would put your book in front of a lot of eyeballs, and could easily lead to a number of sales.

Let’s use my own book, Feels Like the First Time, as an example. I released the book the first week of September and started marketing it as best I knew how via my blog, FB writer’s page and twitter. I even bought a couple of small ads promoting the book. By the end of September, I had sold 86 books. Honestly, as a first time author with virtually no platform, I was pleased with that. October was a different story. I had run out of “friends and family” that I could market the book to, and I didn’t know where else to turn. The first three weeks of October, I sold an average of one book every other day.

Then, on October 21st, I launched my first free run. I promoted it via many of the blogs that are happy to tell their readers about free books, and by the time my run was over, I had given away approximately 23,000 books. Feels Like the First Time made it to #3 in the entire Amazon Free Store. Some people might equate being #3 in the free store to being the world’s third-smartest idiot, but with over 8,000 books available that day, I was stunned and thrilled.

The day after my free run was done, my book appeared at #2 on the Biographies & Memoirs Popularity list, right behind Randy Pausch’s The Last Lecture. I sold almost 400 copies of the book over the next six days. And then, I sold another 400 copies in November. I know those are not earth-shaking numbers, but for me, they were huge.

Then… I fell off the cliff. “The cliff” is what Amazon-watchers call the cut-off point of the rolling 30 day total of your sales. Once you get 30 days past your free run, Amazon stops giving you the “credit” for the freebies you gave away, and you fall off the Popularity Lists, and back to anonymity. And that, my friend, is the rub. What do you do next? What do you do to maintain that momentum and continue the same level of sales?

One thing that I see some select authors doing that I don’t plan on doing is overdoing the free runs.  If you run a three day and a two day event every 90 days (which I see a number of authors doing, often to diminishing returns) I don’t think you are giving the pool of readers who constantly troll for free books time to refresh itself. Personally, I am only planning on doing two three day free promos for this book. Eventually it’s got to be able to stand on its own, without the artificial momentum provided by a free run. 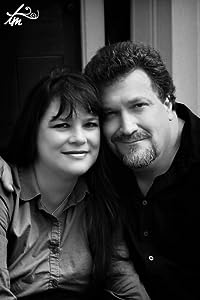 Shawn Inmon is originally from Mossyrock Washington, the setting for his first book, Feels Like the First Time. He has been a real estate broker in Enumclaw Washington for the last twenty years. Prior to that, he worked as a short-order cook, traveling T-shirt salesman, radio DJ, Cutco Cutlery sales rep, department store buyer, video store manager, crab fisherman, Kirby vacuum cleaner salesman, business consultant and public speaker. He is married to his high school sweetheart Dawn and has five daughters, five grandchildren and two chocolate labs named Hershey and Sadie. You can follow my blog and see more pictures from Feels Like the First Time at ShawnInmon.com, and please “Like”my Facebook page: Facebook.com/ShawnInmonwriter.