You are here: Home / Fiction / Fantasy / Waking The Merrow by Heather Rigney @YourFavMermaid 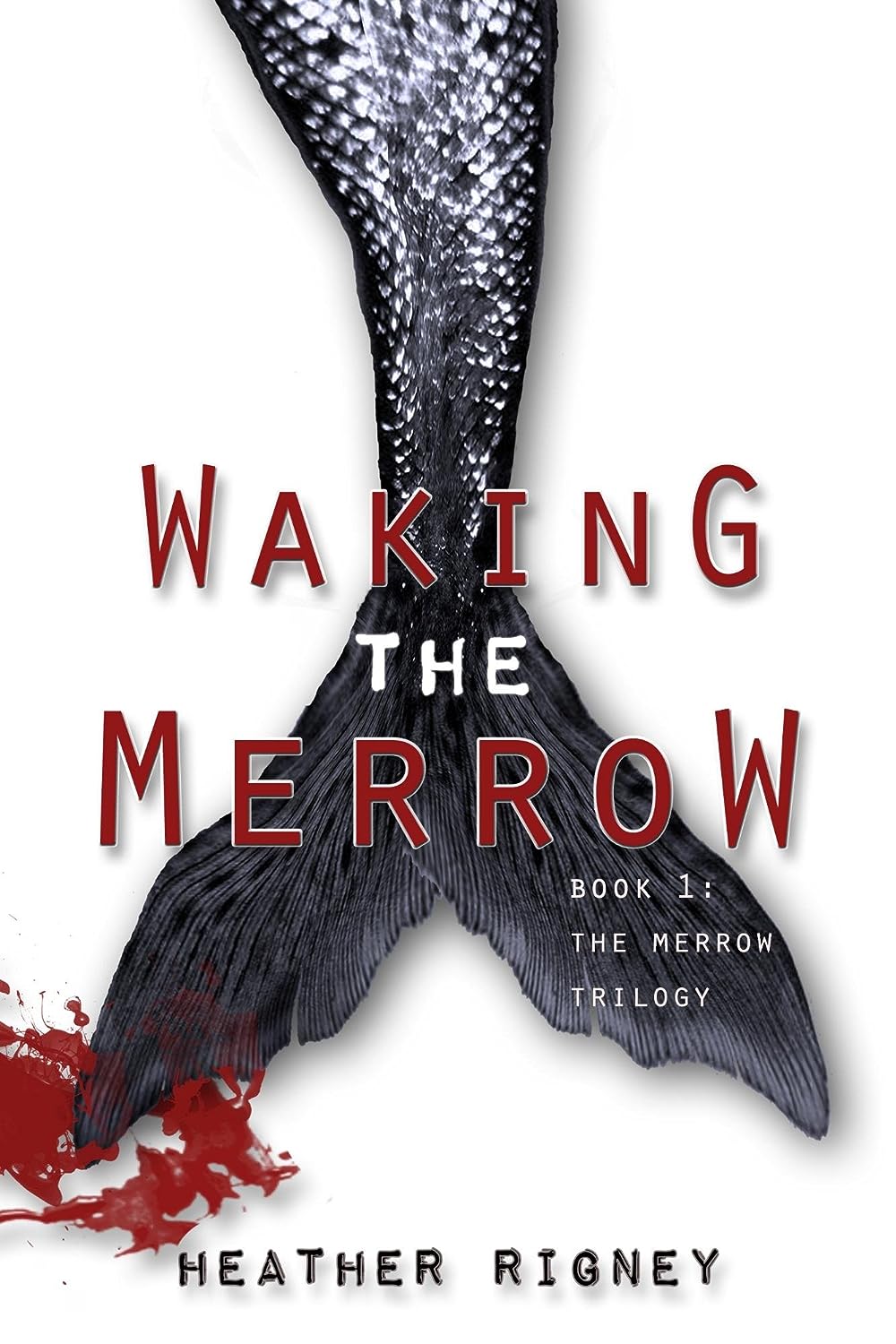 In 1772, angry Rhode Island colonists set fire to a British ship, sparking the American Revolution. Taxation without representation was a motivator. So was the vengeful, man-eating mermaid who had it out for the commanding officer.

That was then. This is now.

Mermaids, or merrow, still hunt in Narragansett Bay, but these days they keep a lower profile.

At night, centuries-old Nomia seduces smutty frat boys, lures them into icy waters, and feeds them to her voracious kin. By day, she and her half-breed daughter attempt to blend in at the coastal Village Playground.

But Nomia slips up. She makes a friend. Then she makes that friend disappear, and someone notices.

Thirty-something Evie McFagan just wants to make it through working motherhood. But she’s a blistering stew of issues—snarky alcoholic and a friendless funeral director who just witnessed Nomia dismembering a guy at the nearby yacht club.

When Evie believes a mermaid stole her baby, who will help? The merrow of Ireland? Or maybe anti-hero Evie will surprise everyone, including herself, and summon the strength to save her own family.

Intertwining the stories of two primordial families with the colonial history of Narragansett Bay, Waking the Merrow is a dark historical fantasy.

What Inspired You to Write Your Book?
A friend of mine suggested we write short stories about mermaids. I was determined to make mine as real as possible, to make it seem as if they have always been among us, lurking in the depths of our local waters.

How Did You Come up With Your Characters?
I first wrote my main character as an average stay-at-home mom. She was boring. Then I thought, “What if she was a funeral director? AND, an alcoholic!” This idea seemed hilarious to me, so I ran with it.

As for my evil mermaid, I based Nomia on a woman I would see at our local playground. She was so lovely to me–beautiful, wild, full of passion and life. But there was something dark about her. I couldn’t figure it out. She moved away and I later found out that she had a degree in exotic large animal studies.

Having discovered the works of both Stephen King and Clive Barker at the age of eleven, she started to wonder if she truly was alone in the woods, or perhaps not. The perhaps was what kept her up at night. Her imagination cranked out stories and dreams that she kept to herself. She was an strange child and didn’t need one more reason for the neighbors to cluck, “That Rigney girl is so odd …” But now that she’s comfortable with her oddness, Heather loves sharing her stories with you, dear reader.