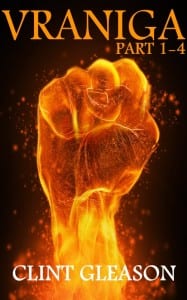 Fed up with the treacherous work at the Shallows Post, a post-hand capitalizes on opportunity and joins a group of thieves intent on robbing fellow Vranigans of precious Vor. A war erupts and plunges the landscape into turmoil, catapulting surrounding clans into a desperate struggle for survival and giving rise to a ruler so heinous, no Vranigan is safe…

How is Writing In Your Genre Different from Others?
I graduated from film school and have a lean, linear way of telling stories.

What Advice Would You Give Aspiring Writers?
There is no writer’s block. Failure to prepare is preparing to fail.

Author Bio:
Amazon has given me the opportunity to publish my stories and it’s a dream come true. A few that have influenced me are Richard Matheson(I AM LEGEND was published in 1954 but could have easily been written yesterday. It’s brilliant and a thrilling read, a precursor to the vampire and zombie stories told today and I highly recommend it if you’re a fan of science fiction and horror), Orson Scott Card’s ENDER’S GAME(probably the best science fiction book I’ve ever read), Stephen King’s THE MIST(One of my favorites from him. King has a terrific instinct for human behavior and it’s apparent in this story), and then there’s James Cameron’s film masterpiece ALIENS, which floored me so much when I saw it when I was 12 that I think it re-wired my brain.

What Inspired You to Write Your Book?
I couldn’t understand how a man became a dictator.