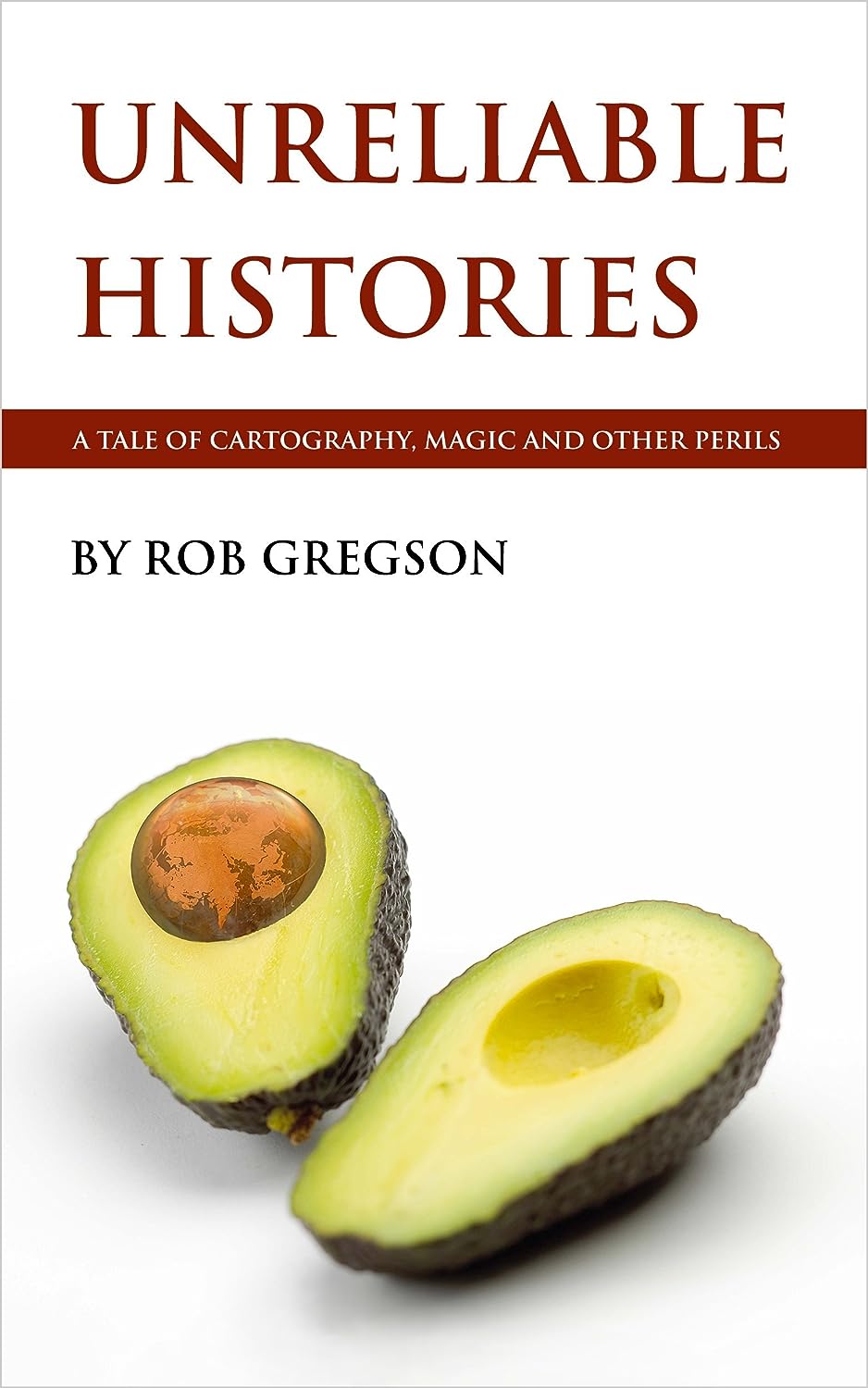 Young cartographer Myrah discovers someone has been interfering with history. More worryingly, it looks like it might well have been her.

‘Unreliable Histories’ is a comedy that pokes gentle fun at the cliches of the fantasy genre. It is guaranteed free from lovelorn vampires, arcane prophesies and ancient-but-recently-awoken evils. It features no Chosen Ones, no boy-wizards and hardly any murderous demons at all.

Instead, it follows Myrah and her only-sometimes-intrepid friends as they find themselves becoming the target of a bunch of unreasonably angry warlocks. To evade them, they may choose to seek refuge with Myrah’s uncle – a director of the great corporation that now controls half the ‘civilised’ world – but given his unquenchable thirst for profit, slavery and genocide, he’s possibly an even greater threat than the wizards. Ideally, Myrah would like to escape the whole terrible mess – and if she can avert a war in the process, then so much the better.

Set in the Western Reaches, a new world that’s ripe for exploration, ‘Unreliable Histories’ answers some important but seldom-asked questions. Questions such as:

Who keeps the torches burning in all those long-deserted subterranean lairs?
Why does women’s armour always look so suspiciously like fetish-wear?
And why is everyone suddenly so obsessed with avocadoes?

What Inspired You to Write Your Book?
It was a while ago now, but I think I’d visited the fantasy section of a local bookshop and I’d probably just seen one too many macho-looking covers. If they didn’t feature overly-elaborate weaponry, windswept hilltops or many-horned dragons, they were usually depicting hordes of sweaty, improbably muscled warriors carrying enough heavy metal to give them sciatica.

There’s some very good fantasy fiction out there but I think it’s also a genre that can sometimes take itself a bit too seriously. There are some obvious cliches that seemed ripe for a spoof, and I felt it might be nice to suggest that there could be more elegant solutions to certain problems than simply hitting them over the head with something sharp and pointy.

I also wanted to include a few satirical elements so Unreliable Histories, together with its sequel (The Endless Land), make some veiled comments about modern life – business, power, economics and social media, to name just a few.

How Did You Come up With Your Characters?
To make the story a kind of ‘guide to fantasy cliches,’ I needed a central character who could sometimes feel quite detached from the world around her. As a cartographer, Myrah is able to step outside of the usual perspectives and look at the world with a more analytical eye. This allows her to question how things work and to point to things that seem nonsensical. Her professional also naturally exposes her to a world of adventure and exploration.

Her friend Al is much more accepting of the world, a characteristic which allows the two of them to discuss these issues from different viewpoints. The fact that he’s built like a small fortress allows the pair to emerge safely from situations that might otherwise overwhelm them.

Around these two is a cast of other characters who either represent fantasy stereotypes – scheming wizards, inscrutable assassins and heroic outlaws – or who are there deliberately to flaunt the usual rules. In The Endless Land, for example, there’s a powerful demon who’s developed an overwhelming obsession with town planning.

About the Author:
Rob Gregson spent much of his youth reading fantasy novels, immersing himself in role playing games and generally doing everything possible to avoid life in the real world. In his defence, we’re talking about the late 1980s – a time when ridiculous hair, hateful pop music and soaring unemployment were all very popular – so it wasn’t altogether a bad decision. However, had he abandoned the realms of elves and wizardry at an earlier age, he might have developed one or two useful life skills and he would almost certainly have found it easier to get a girlfriend.

Since that time, he and reality have developed a grudging tolerance of one another, although their relationship still goes through the occasional bad patch and his first two novels – Unreliable Histories and The Endless Land – are evidence of that.

Rob lives in Lancashire and is married with two children, although he has absolutely no idea why anyone should find that interesting.