You are here: Home / Bargains and Freebies / Bargain Books Under $3 / Unearthly Remains by Katherine Gilbert 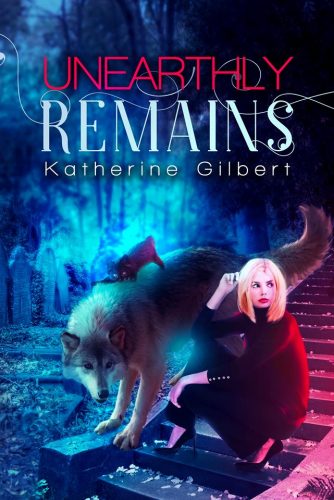 A werewolf, a witch, and a vampire walk into a murder scene . . .

Sgt. Marilyn Jaye of Supernatural Oversight (the investigative unit for all things which bump a bit too much in the night) is having a frustrating day. What should have been a simple case of a murdered ghoul has spun entirely out of control. It’s bad enough that she’s getting distracted from her investigations by her unreasonable attraction to Henry, a young werewolf with a terrible case of PTSD (Post-Turn Stress Disorder), especially since every Tom, Fang, and Hairy (previously known as her sensible friends) tells her she’s destined to be with him. Worse, her distraction allows a second murder victim to turn up, one of the gentlemanly Victorian vampires who lives in Highgate Cemetery. If that isn’t enough, the vicious werewolf who attacked and turned Henry is still on the loose. London’s creatures of the night seem to be in trouble, and it’s her job to protect them.

Marilyn is determined to find the killer and the rogue wolf, but she’ll need a lot of help. That will include her friends, Hanover (Henry’s handsome Alpha and Marilyn’s ex-lover) and Julius Beer (a vampire who watches over his distressed comrades in Highgate from his ornate mausoleum). Also alternately helping or annoying her are the other members of the S.O., including her powerful sorcerer boss, the eternal spirit of Romantic poet William Blake, her ex-NYPD partner, a pool (yes, an actual pool) of secretarial sirens, and an imp who’s in love with a cat. Even Henry has to tag along. And they better solve the case soon, because the killer has made it clear that she’s the next target.

This humorous, cross-genre paranormal mystery/urban fantasy/paranormal romance will make you fall in love with all of London’s quirky supernatural residents.

On a Katherine Gilbert wackiness scale of 1-to-10 sarcastic talking cats*, this one is a 7.

*Warning: Not all stories contain talking cats. Wackiness may take other forms.

The More in Heaven and Earth series is all set in the same magical universe filled with angels, witches, werewolves, demons, vampires, ghosts, and many other supernatural creatures. They can be read in any order or as stand-alones and will introduce you to a variety of fascinating characters, as they take you to various parts of this unusual earth.

What Inspired You to Write Your Book?
My inspiration came from a few different things.

First, there was a dream I had with three detectives trying to solve the murder of a paranormal in an old railway hotel in London.

Second, quite some time ago, I had the opportunity to go on a tour of the old and overgrown Victorian cemetery, Highgate, in London, and I remembered the tour guide's tales of the many underground stories of Julius Beer's mausoleum and the old urban legends that there were vampires in Highgate.

These combined into the seed of this novel.

How Did You Come up With Your Characters?
It's really more that my characters came up with themselves. I just discovered who they were and what they were up to as I started writing. (When I first started writing, I didn't even realize that there was a love story involved in it. Then Henry the newly-made werewolf showed up and cast his sad gaze at Marilyn, and I saw that the story clearly had its own plans.)