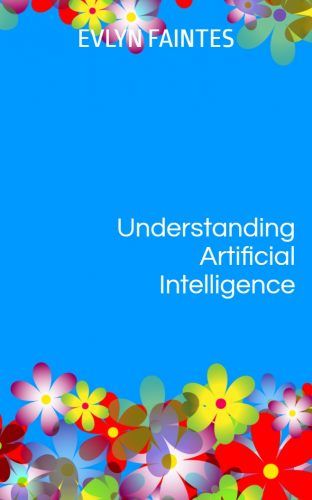 Artificial Intelligence seems to be everywhere these days.

This book provides a simple introduction to Artificial Intelligence (AI). It explains what it is, how it works and how it’s used in the real world to do all sorts of wonderful things. For example, powering intelligent personal assistants such as Amazon’s Alexa, undertaking facial recognition and making decisions about who to hire and fire. Not to mention all those clever robots on production lines and in warehouses, and chatbots that can answer all your customer queries for you.

Written in an easy going and non-technical style, Understanding Artificial Intelligence provides the perfect introduction to this fascinating subject that everyone should know something about.

What Inspired You to Write Your Book?
I'm very creative at heart and like a challenge. When I found myself with some time on my hands last year, this led me to write my first book which took several months and a lot of research to complete. I really enjoyed the whole process. I found it to be a bit like sculpture, crafting and chipping away to deliver the intended form – but knowing when to stop and not to go to far with continual editing!

Why choose this subject (artificial intelligence) when I wasn't an expert (or even an amateur at the outset)? Well, it seems to be something that is everywhere at the moment and has proven a fascinating subject to learn about.

Book Sample
Artificial Intelligence (AI) has become the most disruptive and transformative technology of our time. Barely a day goes by without another story about how artificial intelligence is changing our lives. This spans everything from how we work, travel and shop, to the ways we obtain news and information to the gadgets in our homes. But what is artificial intelligence and where is it? It’s supposed to be everywhere but I never seem to meet any robots who I can talk to about it!

There isn’t a standard definition of AI that everyone agrees with, but a simple explanation is that a machine, that can act and reason just like a person, embodies everything it means to be artificially intelligent. This isn’t an unreasonable place to start and leads one to envisage a world filled with human-like robots doing human-like things. In fact, the ability to replicate human behavior is a key feature of the famous “Turing test” devised by the mathematician Alan Turing.

In the test, a human judge converses with a human and a machine without knowing which is which. The judge can engage them in conversation about the weather, politics, the latest YouTube clip they’d seen or anything else they liked. The machine is considered intelligent if the judge is unable to identify which is the human and which is the machine.

There have been some very good efforts, but no machine has yet passed the Turing test and it’ll probably be many years before a computer is able to do so convincingly and repeatedly .

Another argument against the Turing test is that a machine doesn’t need to be self-aware like people are to pass the test. It doesn’t need to understand the responses it makes. It can pass by just blindly following some very clever computer code.

If we stick to the concept of a fully conscious self-aware thinking machine, with all the mental capabilities that we have, as our definition of artificial intelligence then we are years, if not decades, away from such machines. In fact, some argue that no system, based on the types of computers we use today, could ever be conscious as we understand it no matter how powerful they are. There is some additional (undiscovered) element required for human-like consciousness that can’t be replicated via computation alone.

If we discard the requirement to be conscious and focus instead on the ability of computers to mimic the full spectrum of human intellectual capabilities, then there is nothing like this in the world today. This “Do it all” type of artificial intelligence, or General AI as it’s often termed, is also likely to remain in the realms of science fiction for some time to come.

Fully human-like AI is a distant dream but don’t be too disheartened. Instead of thinking of AI as something that must be like a person, let’s lower the bar a little. If a machine can gather information and learn about a situation, and then decide upon a sensible course of action, then that’s artificially intelligent behavior. More concisely, we can summarize this rather restricted definition of artificial intelligence as follows:

"Artificial Intelligence (AI) is the ability of a machine to assess a situation and then make an informed decision in pursuit of some aim or objective."

This definition encompasses both conscious and unconscious decision-making. An example of conscious human decision-making is where someone is deciding who would be the best candidate for a job. A machine capable of doing this instead of a hiring manager would qualify as intelligent within this area of expertise. An example of unconscious decision-making is looking at a picture and knowing that you are looking at a cat rather than a cake. Again, a machine that can do this would fall within our definition of artificial intelligence. Both of these examples of AI are in widespread use today.

In displaying intelligent behavior, a machine can make a decision on the basis of what it knows – an informed decision. If circumstances change; i.e. new information becomes available, then the machine will reassess the situation and a different decision may result. Introduce pictures of potatoes, and the object recognition system can learn to identify not just cats and cakes but potatoes as well.

If we look at the landscape today, there are lots of clever systems that satisfy this definition of AI. When you hear about some new application of artificial intelligence, this is pretty much the definition that is being referred to.