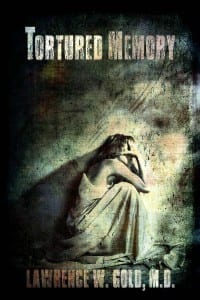 Dr. Abbie Adler had chosen general, child, and adolescent psychiatrist to treat sexually abused girls. As a victim of such abuse herself, Abbie’s insights make her an effective therapist. In addition, her practice includes adult patients and provides group and individual therapy for a broad range of psychiatric problems including depression, personality disorders, psychopathy, and malignant narcissism.

On a December evening, the Berkeley Police find Abbie sitting in her car at Inspiration Point overlooking the East Bay of San Francisco. She’s bruised and catatonic. They transport her to Brier Hospital where they admit her to the psychiatric ward. The nature of her condition, and its cause, remain a mystery. After standard treatments fail, her psychiatrist recommends electroshock therapy. Finally, she awakens but remembers nothing of the month preceding. In addition, she discovers significant memory gaps from the past few years.

Abbie had been treating two victims of the Chabot rapist who targeted girls and as she’s making progress in their care, unbelievably, someone abducts and strangles them. Their deaths devastate Abbie.

During Abbie’s difficult recovery, memories of past events gradually return. They are fragmentary and torture her with memory flashes and nightmares. Gradually, she begins to suspect that one of her adult patients may be the strangler. When the police find Abbie’s prime suspect brutally murdered, both she and the police are befuddled. Abbie struggles to discover the identity of the strangler and those who may be abetting his actions. Will he/they get away with it?

How is Writing In Your Genre Different from Others?
I write medical fiction that takes advantage of my experience and portrays the lives of patients and physicians in a more realistic manner. There’s enough drama in medicine without resorting to melodrama and gimmicks.

What Advice Would You Give Aspiring Writers?
Assess your ability. If you have talent, never give up.

The war in Vietnam interrupted my postgraduate medical training with a year in Colorado Springs and another as a Battalion Surgeon in Vietnam. I spent seven months in the Central Highlands with the 4th Infantry and five months in an evacuation hospital in Long Binh outside Saigon where I ran the emergency room.

I returned intact in 1968 to complete my training in internal medicine and diseases of the kidney, nephrology.

I worked for twenty-three years in Berkeley, California in a hospital-based practice caring for patients with complicated illnesses often in ICU and served as Chief of Medicine.

My wife Dorlis and I retired in October 1995 and sailed under the Golden Gate Bridge for a life at sea in Mexico, Central America, and the Caribbean.

Four years later, exhausted from repairing everything on board, (often many times) we sold the sailboat and within a year took the lazy man’s out; we bought a Nordic Tug, a trawler. We motored around Florida, the Bahamas, the entire East Coast and completed two ‘Circle trips’ to Canada and back, eight months, the first time, five months, the second.

I wrote professionally as a physician to inform but rarely to entertain, at least not on purpose.

In the last two years, I’ve written three screenplays based on my novels and hope to see one or more produced for the screen. I submitted my screenplay, Rage to the 80th Annual Writer’s Digest contest and won honorable mention (57 out of 11,000).

We live in beautiful Grass Valley with 15 year old Mike, a terrier mix and Bennie, a 8year old Yorkie who just looks like he’s on steroids.

What Inspired You to Write Your Book?
Psychiatry and psychiatrists have been taking a hit in the public eye. Since mental illness poses one of our greatest problems, and the public/government should be supportive, the reverse is true.
Tortured Memory is a psychological thriller that depicts both the positive and problematic parts of the profession in a dramatic and humanistic fashion.
The novel provides the reader the thrill of the read and some object lessons.