You are here: Home / Fiction / Science Fiction / The World Breaker by Justin Frazier 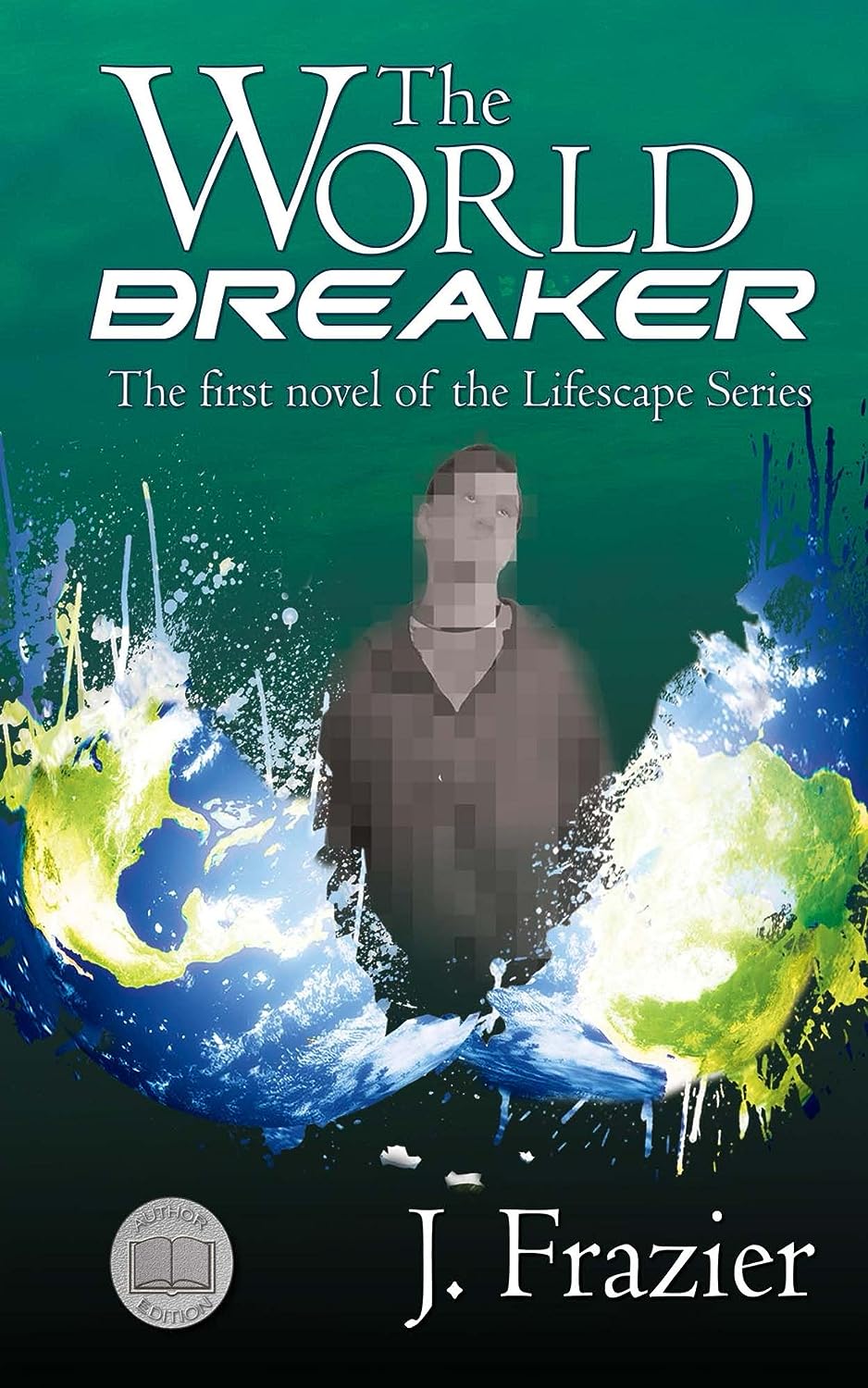 Every dream he desired was within his grasp, then taken from him against his will… now Drake Stone is defeated, a shadow of the success for which he once aspired. When a friend from college secures a job interview for Drake with Qualia Corporation, he’s given the position of a tester for the world’s first, fully-immersive virtual reality. Faced with worlds more believable than real life, Drake must decide between utopian fantasies or a shattered true existence he abhors. Ultimately, so much more than his own future hangs in the balance.

What Inspired You to Write Your Book?
After two major setbacks in life, I felt the need to express my desire to succeed in spite of unfortunate obstacles. I had read a highly successful author’s latest work, and after commenting that I thought I could do better, a friend called me a “hypocrite” unless I did just that. Thus I began work on The World Breaker, a story of a tester for true virtual reality, using realistic science and technology, and placing it in a truly believable world. I enjoyed writing about virtual reality because it allowed me to switch between genres during the book, which is something uncommon. After I did an endeavor as CEO of an “edutainment” app company, I came back to the novel, made it the way I intended (rather than the condensed version), released it as an Author’s Edition, and am now working on the sequel which will launch this fall, “Tomorrow Rises.”

How Did You Come up With Your Characters?
The characters were really fun to write. Drake, the protagonist, is just so broken in the beginning of the work, and I really worked with my consultants about how broken we could portray him without it being difficult for the reader. He’s lost his aspirations, he’s lost loved ones… he’s really just going through the motions of living at this point. So then in addition to Drake, we have other testers in the novel, and many of them have been hired specifically for their strong personality attributes… so there are plenty of opportunities to have those types of characters interact with one another. I think one of my favorites though, is Dr. Larry Riggs, the director of the virtual reality project – I enjoy having readers try to determine what kind of person he is… not because he’s specifically meant to confuse, but simply because he is so complex.

Book Sample
“You say that every day you wake up in the orphanage and every day you do your lessons, do your chores, and do your shoe shining to make money. Is that correct?”

“And you believe that?”

“And I know that’s the truth because I watched you do it, right?”

“Samuel, once upon a time I thought the world worked a certain way. I thought I knew it all. And then everything crumbled around me. The world as I saw it isn’t real at all – and neither is this place. Let me show you.”

“So why not let me show you a world outside this place? Then you can know I’m telling you the truth. Samuel, I want you to see what’s beyond your village. Will you go to the roof with me? Will you look and see what lies beyond the world that you know? Imagine what all the other children will think when you tell them that you saw what lies beyond.”

“But how would we even get up on the roof?”

About the Author:
A former 3D animator who decided to pursue a job in education, Justin Frazier soon found his interests moving in the direction of telling deep, impactful stories. With diverse interests in areas such as philosophy, cosmology, theology, and futurism, Frazier realized that he could weave together ideas and concepts in novel ways. Using a diverse life background of positive and negative experiences, Justin seeks to tell stories in which the reader leaves the book with a greater understanding of the world exterior and interior.

Originally Frazier wrote “The World Breaker: Limited First Edition” as an entryway to becoming an author. Although a strong first entry, it was shorter than he intended due to his desire to find a publisher. Shortly after his first book, however, he found himself working as CEO of a startup LLC on educational mobile apps intended to bring teaching into the twenty-first century. Eventually he found his way back to writing, and thus released “The World Breaker: Author’s Edition” as the fully-realized, complete work that he wanted in preparation for the sequel.

Now living in the Chattanooga area, you may find Frazier trying out the latest sushi restaurant, snowboarding in the winter, playing basketball whenever possible, or enjoying a new coffee shop around town. An avid learner, he keeps up with technology, physics, and economics. Frazier runs 5K races from time to time, and probably should spend a little less time researching so he can do a little more jogging. His favorite catchphrase is “have fun” and he believes you should do just that.