You are here: Home / Fiction / Women's Fiction / The Wishing Coin by Antara Man 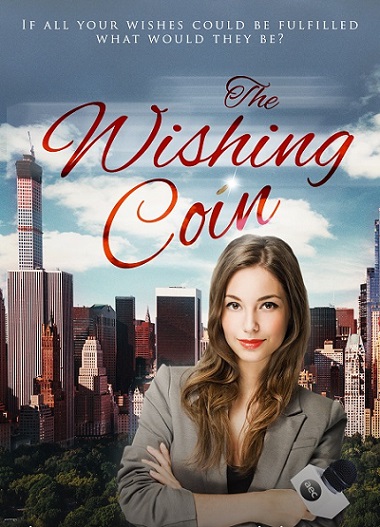 TV reporter Julia Preston is frustrated in life and love…

…until a street vendor sells her a magical coin that fulfills all her darkest wishes.

Denied a promised promotion, TV reporter Julia Preston learns that it went instead to ambitious newcomer Bailey. Even worse, she discovers that Bailey is dating her ex. Walking home, seething with anger, Julia encounters a street vendor selling wishing coins. Skeptical, she’s not interested until he offers an old tarnished coin with some geometrical figures that intrigue her. It soon becomes clear that she has come into possession of a miraculous weapon to use against those who have wronged her. With the coin’s help, Julia is given the dream job, gets rid of the despicable Bailey and makes up with her ex. But when her partner’s mother enters Julia’s life, she faces the biggest challenge she has ever met before.

Can Julia really get everything she wishes for and live her candy life even when a dark secret behind her TV success is revealed?

What Inspired You to Write Your Book?
The inspiration for The Wishing Coin came alive one early morning when I was heading to work. Looking out the bus window, I saw a female TV reporter and two cameramen waiting to begin a live broadcast. The TV reporter was discussing something with the cameramen.

The revelation hit me: “I will write a short story about a TV reporter. She will work at Good Morning America and will struggle to find more screen time.”

As the day went on, I came up with more: She’ll fail to be promoted to have her own TV show, and her ex would start dating the TV rival who stole her slot. I started with the first tragedy, like in the famous three-act tragedy structure. I didn’t have the whole story outlined yet, but I had something better — the inspiration.

How Did You Come up With Your Characters?
AS a woman, I like creating strong and lead female characters who have similar struggles,hope and dreams just like me.

I envisaged the protagonist, Julia Preston to be a TV reporter who feels frustrated in life and love.

My idea was to present four different pictures of the protagonist : in the first she, is unhappy; in the second, she has everything she wishes for — the dream job, the wonderful boyfriend; and in the last, her desire for control and power corrupts her. The character’s wishes have a harmful effect on the people around her and she regrets that she bought the coin. In the four picture, she is redeemed and learned her lessons along the way.

I sat back on my chair and closed my eyes. The words of the vendor were echoing in my mind. “Ma’am, I could sell you this coin but I won’t take responsibility for the consequences. Remember that what now looks like a gift might very soon turn into a curse.”

Several months before, while I had been walking down 54 West Street after work, I had seen a stranger selling wishing coins. It had been the first time I had seen such a thing. At first I had thought he was some mad person, and yet I had bought one of his coins. According to him, it was able to make all wishes come true, no matter what they were. I reached for my wallet and took it out. A small coin tarnished by the time – on one of its sides there was a depiction of a deity and on the other, some geometrical figures. Who could imagine, watching this miserable little thing, that it was so powerful it could fulfill all their wishes? Thanks to this coin I got my own show, made up with my ex, drove the despicable Jennifer away from New York and even transformed Lewis’s mother, which was as funny as it was incredible. However, my wishes had begun to cross the reasonable line. With limitless power came huge responsibilities. The street vendor’s warning was beginning to come true. I stared through my office window. I felt overcome by strange excitement. How could I possibly live with the thought of having changed Jackie or intentionally made three teenagers disappear? No, it was too much. I couldn’t even remember anymore why I had made these wishes in first place. I had to talk to the vendor.

I quickly went out of AEC’s office and aimed for 54 West Street. On the way I remembered how it had all begun.

I nodded at the cameraman and began:

“Good afternoon from Broadway 317; we’re at the headquarters of New Software Solutions, more commonly known as NSS. Today I am honored to be talking with its founder and CEO Mike Greenberg. Hello, Mike.”

“Hello, everyone.” Greenberg waved warmly at the video camera lens.

“A year ago you launched the free software app Synthesis and soon after followed its premium version. The companies using the application have already surpassed two million and even Microsoft has revealed its intention to buy its rights. Do you think you’re living the American Dream?”

“I don’t know what you mean by ‘the American Dream’ but I’d like to tell everyone who’s watching that I believe in hard work. If one has any goals and dreams, they must pursue them tirelessly, even if the whole world’s against them. That’s exactly what Damien, my partner and co-founder of NSS, and I’ve just been discussing. If anyone thinks Damien and I have had some privilege then they can’t be further from the truth. In the beginning we were just a couple of poor young students who relied solely on New York University’s scholarships.”

“Mike, could you tell our viewers how your idea was conceived and how Damien and you founded New Software Solutions? What was your goal?”

After some fifteen minutes there was hardly a viewer who had failed to learn in detail the life story of Mike Greenberg and Damien Nash.

“Thank you, Mike.” I turned back to him. “It was a delight to be able to talk with you about your business startup and your future plans. I am Julia Preston and you watched Good Morning USA’s feature Miracle – How I Did It.”

“Cut! Well done!” The cameraman took the camera off his shoulder.

I was preparing to leave when Mike asked me:

“Are you free for lunch? There’s an Italian restaurant not far from here, if you don’t mind, of course. The owner is a friend of mine. He makes delicious Neapolitan pizza.”

“Is that a date?” I asked innocently and he blushed. He was acting freely and his energy appealed to me. I would’ve loved to have lunch with him. Suddenly I remembered that at two o’clock I had to talk to AEC’s program director at the company’s corporate office and I had to be there on time. I glanced at my watch – it was past 12.30.

“Okay, but let’s hurry. I have a very important meeting at two o’clock.”

Buy The Wishing Coin On Amazon