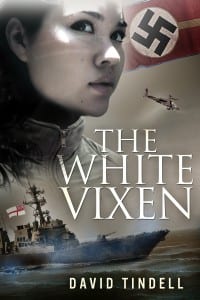 November 1981: Captain Jo Ann Geary, USAF Special Operations, is on a Chinese island near Hong Kong, sent there by British intelligence to rescue a captured MI6 agent and deliver him to a hidden squad of Royal Marines. But things don’t go according to plan, and the Korean-American martial artist and linguist must run a gauntlet of angry Chinese, in the air and at sea, to bring the agent to a waiting British destroyer, where she is saved from drowning by a daring Marine officer.

April 1982: Britain and Argentina are on the brink of war over the Falkland Islands. Is it simply national pride that is driving the Argentines to invade the islands, or is something more sinister and dangerous pulling the strings? MI6 believes a shadow government is pushing Argentina into war, with the purpose of luring the British fleet to the South Atlantic and into a nuclear trap. Once again the call goes out to Jo Ann Geary. She will go undercover deep inside the enemy country, from the glitzy streets of Buenos Aires to the remote foothills of the Andes, to seek out a terror thought long dead and prevent the dawning of a new holocaust.

How is Writing In Your Genre Different from Others?
When you write a thriller that involves espionage and the military, and you have no direct experience in those fields, it takes a lot of research. But that’s the fun part. The real challenge comes in deciding what to include in the book and what must be left out, as there is so much relevant material that can be applied to the character. Also, the thriller must be just that, a thrilling read, which means the plot has to be well-crafted and revealed at a steady pace, building to an exciting and fulfilling climax.

What Advice Would You Give Aspiring Writers?
Keep writing, keep reading, don’t give up. Find your voice, and write what you are passionate about. Don’t pay attention to current trends. You won’t find any vampires in my books, for example, and if there’s a bedroom scene involving Jo, she won’t be in handcuffs.

Author Bio:
I was born in Germany and raised in Wisconsin. In college I studied broadcasting and German. After a 20-year career in broadcasting I switched gears and began working for the US Government. By night I train in the martial arts, study foreign languages and write thrillers. I live on a lake in northwest Wisconsin with my wife, a Yorkie and two cats.