You are here: Home / Fiction / Fantasy / The Watchers Book 2: The Seal of Daemons by RR Pearl 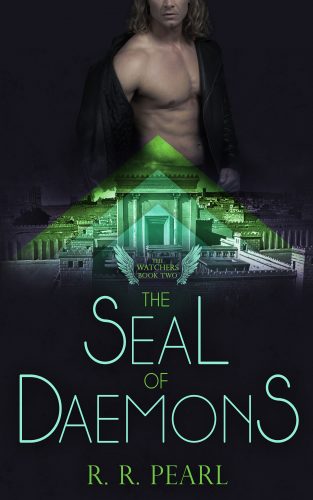 After holding off the New Watchers at the tomb of a fallen angel, Rafe and Alec are back with a new adventure. The Praesidium has gotten a tip that the New Watchers are on the hunt for the legendary ring of King Solomon. Traveling the globe on a continent-spanning adventure, Alec, Clemy, and Enoch the misanthropic computer have to unravel the mysteries of conflicting information. But as Alec and Rafe grapple with the gun-toting New Watcher armies, they find themselves tested in other ways. Rafe still hasn’t told Alec everything – and Alec is about to learn just how far secrets can go.

What Inspired You to Write Your Book?
Actually, I've been writing since I was in grammar school. So it was just about time to get my works out there professionally.

How Did You Come up With Your Characters?
A mix of history, facts, people I know, and some secrets I can't tell.

Links to Purchase eBooks – Click links for book samples and reviews
Buy The Watchers Book 2: The Seal of Daemons On Amazon