You are here: Home / Bargains and Freebies / Bargain Books Under $3 / The Unnamed Warrior by Rachel Tsoumbakos 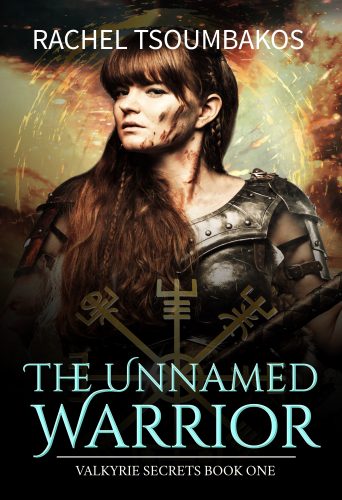 Valhalla: Where the Valkyries rule and women decide the fates of mortal men.

Destined to always bring about the destruction of men, the Valkyries are tasked with gathering the ultimate army against the war they are destined to never win: Ragnarok.

But could one of these fierce women find love among the horrors of war?

Svafa thinks she can. However, thanks to the fates, she is destined to be reborn and her love must stand up against the rigours of time.

Could their love change the fated destiny of them all?

Fans of History Channel’s Vikings and BBC’s The Last Kingdom will love learning more about the world of the Viking sagas in this exciting new series.

What Inspired You to Write Your Book?
I wanted to retell the Viking Sagas in a way that would captivate readers. During searches for information, I found it all to be hard to understand or completely uninspiring, which led to me creating my own versions of the heroic sagas and deeds of the Vikings and their lore.

How Did You Come up With Your Characters?
Every character in my series is either based directly on a Viking character or inspired by one. Each time, I have searched specifically for tales including strong female characters to bring to life.

Book Sample
“Someday you will change your mind about that, Freya,” Loki said. His eyes danced as he waggled his eyebrows at the goddess and Freya felt more inclined to slap the trickster god than ever before.

“Meddling in the likes of the human world in order to create a hybrid breed of warrior for Ragnarok is something I will never be comfortable with,” she replied. Her words were spoken quietly, calmly. But she felt anything but controlled as she avoided Loki’s cheeky grin and let her gaze settle on the men in front of her.

Valhalla was boisterous at the best of times. However, there had been a great battle today and now many new recruits joined to feast for their first time in the great hall. For the moment, the men were regaling each other not only of their battle feats but the newcomers were also telling stories about their lives before being chosen for Valhalla.
It wouldn’t be long, though, before the new recruits lost their memories of their old lives. Treasured remembrances of marriage, of births, of victories in Midgard, would bleed out of them like blood on the battleground, replaced instead by the lust of eternal war.

“Never is such a strong word, Freya. It is so binding, so tempting a promise to be broken.”

“Who am I going to tempt? Freya asked as she returned her gaze to Loki and glared at him. “The gods? That is me, after all.”

Freya may have argued with Loki but she had seen it in the runes. She knew that the offspring of a Valkyrie and a member of the ancient house of Volsung was their only chance at defeat in the end times.