You are here: Home / Fiction / Fantasy / The Summerlark Elf: The Four Kingdoms Saga Book One by Brandon Draga 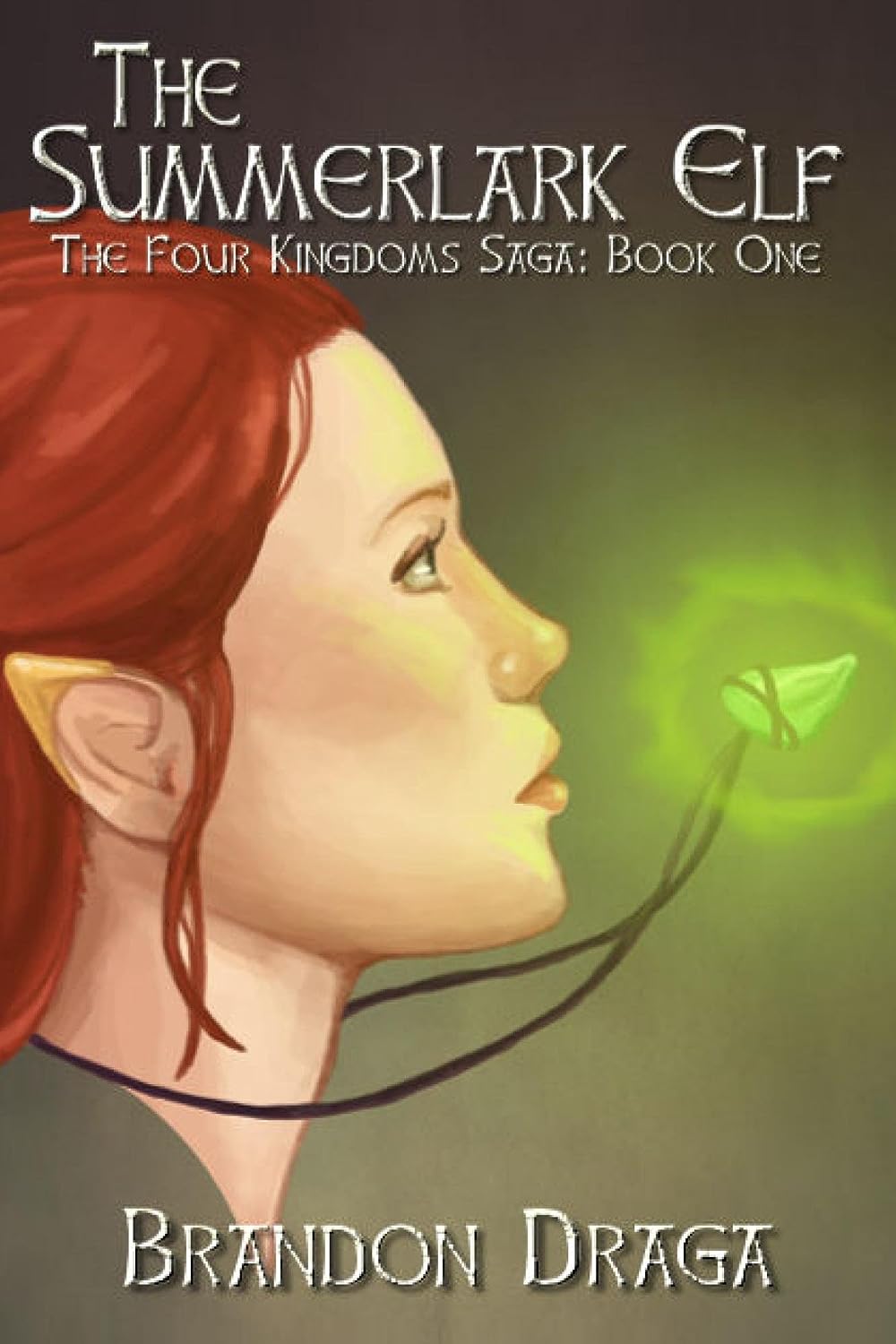 Enna Summerlark has spent her entire life as a farmer’s daughter in the kingdom of Hallowspire, paying little mind to anything past what to sell at the next market day. When the next market day comes, however, strange events take place that will reunite her with an old friend, bring her into the world of a pair of sell-swords, and reveal a secret that will change Hallowspire forever, and cause ripples across the whole of the Four Kingdoms. The first book in “The Four Kingdoms Saga”, The Summerlark Elf introduces readers to compelling characters in an engaging world of swords and sorcery, personal turmoil and political intrigue!

What Inspired You to Write Your Book?
A lifelong love of fantasy, a plethora of characters as a result of tabletop gaming, and the question “How would an elf survive in a world where being an elf will get you killed?”.

How Did You Come up With Your Characters?
Several of the characters were the result of playing and running tabletop roleplaying games with my friends, while others simply evolved naturally as the book progressed.

About the Author:
Brandon Draga was born in 1986, just outside Toronto, Ontario. His love of all things fantasy began at an early age with games like The Legend of Zelda, Heroquest, and Dungeons and Dragons. This affinity for the arcane and archaic led to his studying history in university from 2005 to 2011. In late 2012, he began writing a D&D campaign setting that would lay the groundwork for the world of the Four Kingdoms. Brandon still lives just outside Toronto, and when he is not writing enjoys skateboarding, playing guitar, and playing tabletop games.

Links to Purchase eBooks
Link To Buy The Summerlark Elf: The Four Kingdoms Saga Book One On Amazon