You are here: Home / Fiction / Horror / The Starblood Trilogy by Carmilla Voiez @carmillavoiez 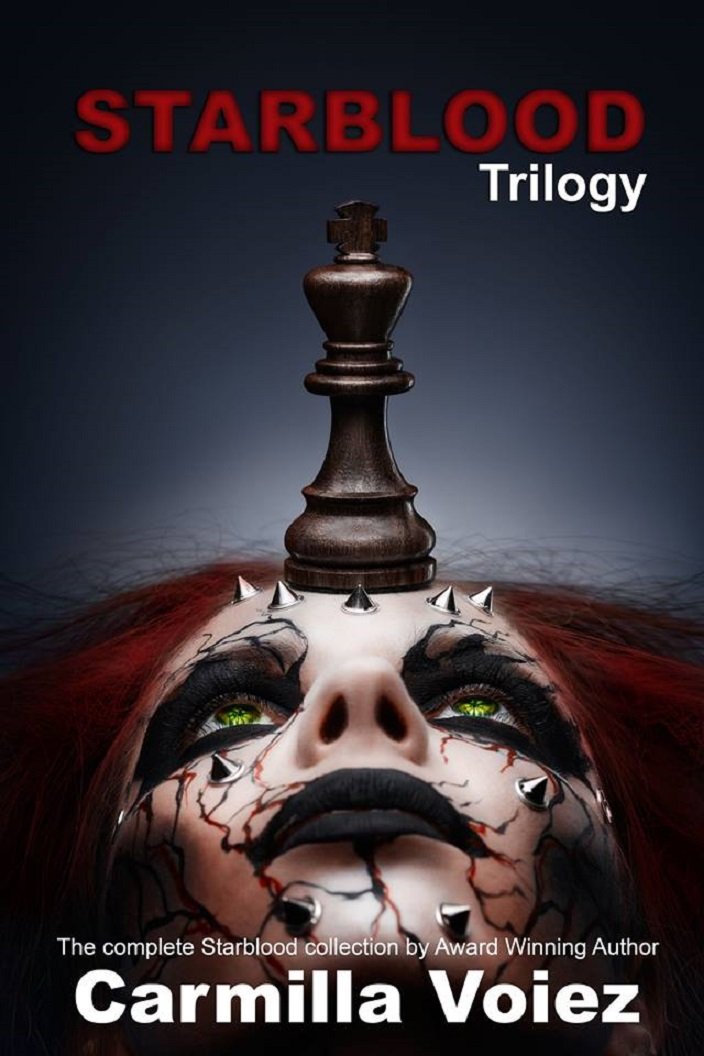 Three horror and dark-fantasy books in one volume. When Satori brings the demon Lilith to earth chaos reigns. Demons, magic and sexual obsession abound in Carmilla Voiez’s award winning Starblood trilogy. It is a potent and visceral work of horror and fantasy and a tale of obsessive love. What would you do for the one you love? Satori would travel worlds and battle demons but, however much Star begs, he just cannot let her go. Editorial Reviews: “Carmilla Voiez makes Clive Barker look like Stephanie Meyer.” Jef Withonef, Houston Press. “Carmilla Voiez is more of a singer than a writer. She tells her compelling story in a hypnotic, distinctive voice that brings her eerie world vividly to life.” Graham Masterton

What Inspired You to Write Your Book?
As a member of the Gothic culture and a lover of horror I wanted to write a story that combined those two things.

How Did You Come up With Your Characters?
Most of them have aspects of myself, some have characteristics of people I have known, but mostly they grew within my warped imagination.

About the Author:
Carmilla Voiez is a new voice in the world of horror. While the imagery harks back to the writings of Clive Barker and H P Lovecraft, her voice is uniquely female. Starblood is perhaps the first true female horror story ever written, dealing with both sexual violence and the struggle of a woman trying to make sense of a senseless world.

Carmilla grew up on a varied diet of horror. Her earliest influences as a teenage reader were Graham Masterton, Brian Lumley and Clive Barker mixed with the romance of Hammer Horror and the visceral violence of the first wave of video nasties. Fascinated by the Goth aesthetic and enchanted by threnodies of eighties Goth and post-punk music she evolved into the creature of darkness we find today.

Living in North East Scotland, she finds inspiration in the wildlife, castles and desolate places which surround her. She lives with her two children by the sea.

Her books are both extraordinarily personal and universally challenging. As Jef Withonef of Houston Press once said – “You do not read her books, you survive them.”

Signed to Vamptasy Publishing in 2012 three books in the critically acclaimed Starblood Trilogy have been published both separately as paperbacks and in one volume for Kindle, she has written a vampire tale based in Scotland called Basement Beauty and she has edited and compiled a collection of psychological horror from the best new talent in the world of horror writing “Broken Mirrors, Fractured Minds”. Carmilla Voiez is a name to watch.