You are here: Home / Bargains and Freebies / Bargain Books Under $3 / The Sleepless Duke by Lottie Lucile 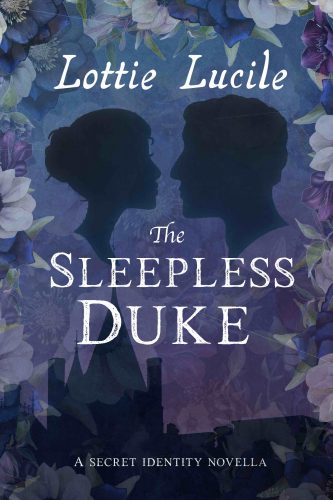 Dreading their impending marriages, they only have a few nights left in a creepy old manor. She thinks he hates her. He thinks she’s much too meek.

Insomnia and a food thief lead to secret midnight trysts, where they treat and test each other. They discover a ravenous connection between them at night. With little time left together, they need to reckon with the lies they tell themselves.

A Regency romance with honey and heat.

What Inspired You to Write Your Book?
This started as a short story where I wanted to write steamy midnight regency interludes. When it clicked that what I really wanted to do was riff off of You've Got Mail within a regency setting, the story took on a life of its own. I wanted to tell a story about the joys of figuring out who you are by pretending to be someone else.

How Did You Come up With Your Characters?
After a few drafts, the characters started telling me that they were dreamers, who were so stuck in their own heads that they were missing out on the possibilities of the world around them. Madeline internalizes the negativity of the people around her, and Levi tries to run away from his responsibilities by escaping into cooking. Madeline discovers her own agency through Levi, and Levi finally fully sees the world around him with a push from Madeline.