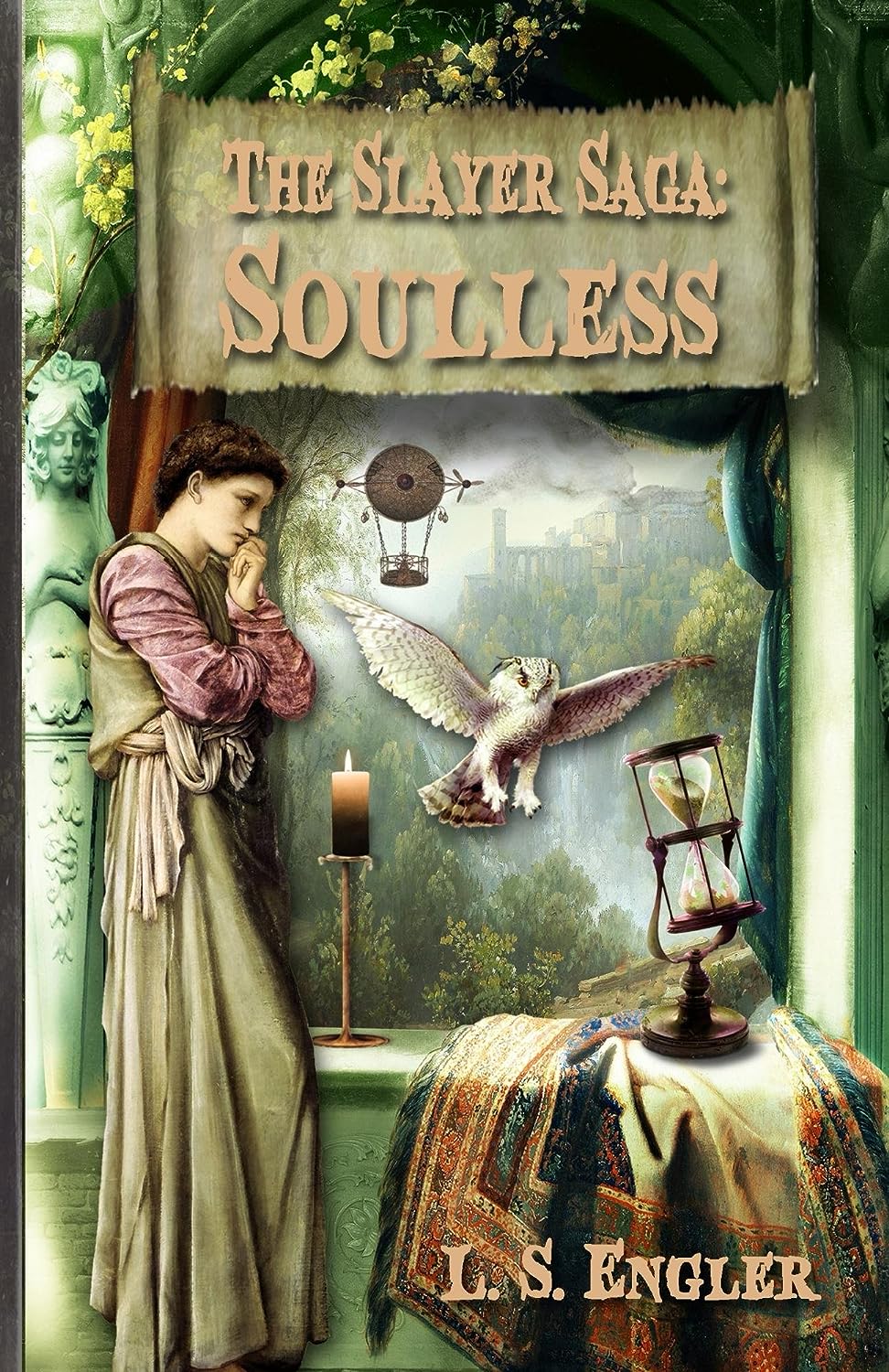 Where the undead roam, destruction is sure to follow.

The Legendary Slayer of the Soulless has vowed to protect the Untouched from the ravenous monsters that plague her world. When a dark plot to murder her is revealed, she must embark on a quest to find the one person who may have the ability to help her. Banded with a small group of survivors, they seek out the Queen in her flying airship, before it’s too late.

From the mind of L.S. Engler, this first book in a trilogy follows an ambitious warrior through a terrifying landscape of twist and turns, where the dead won’t stay that way and treachery waits around every corner.

What Inspired You to Write Your Book?
I knew I wanted to do something with zombies, especially as I had been watching a lot of “The Walking Dead” when “Soulless” came into play. But, of course, when someone sets out to tackle something so rooted in our culture, they want to do something different with it. Not only did I want to have a story that focused mostly on strong female characters, but I wanted to mingle in elements of a world that has been under zombie siege for a long time and discover how society might be shapes and formed once our idea of the world had decayed away and rose up as something else entirely.

How Did You Come up With Your Characters?
“Soulless” was an incredibly organic book. I planted a few seeds of ideas for the characters, and then just watched how they grow around the narrative. The main character was inspired by the image of a character from an anime, a strong female warrior whose design I have always loved. I wanted to make my own character in her image, but also turn it into something else all its own. The secondary characters sprouted up around her like wildflowers, blossoming into their own bright blossoms through the tale.

About the Author:
L.S. Engler writes from outside of Chicago, in the company of two cats and three rowdy roommates. She has been weaving tales since before she could even remember, finding inspiration in way too many things. She leans toward fantasy and science fiction, sometimes dabbling in historical fiction, magical realism, and supernatural things.

Links to Purchase eBooks
Link To Buy The Slayer Saga: Soulless On Amazon