You are here: Home / Bargains and Freebies / Bargain Books Under $3 / The Pull by Marissa Pedroza @MarissaPedroza

The Pull: A Supernatural Thriller

“Sometimes Evil Comes Like A Gust of Dry Hot Wind…”

It was not the life altering abandonment Nyah Garza suffered as a child, or the searing abuse of her past that had her trembling in fear. It was the strange and commanding sensation she called the Pull.

Nyah knew where to find evil. She did not know how or why, but if she followed the Pull she would find someone in need of deliverance. In this dangerous act of contribution, she hoped to discover the secret of the Pull. She will need the help of those close to her, people she isn’t sure she can trust.

Who is the man that watches her every move, countering her steps, obsessing about her, wanting her death? Did the Pull bring his brand of evil to her, or can she escape this Pull without losing her life and the lives of those she holds dear? 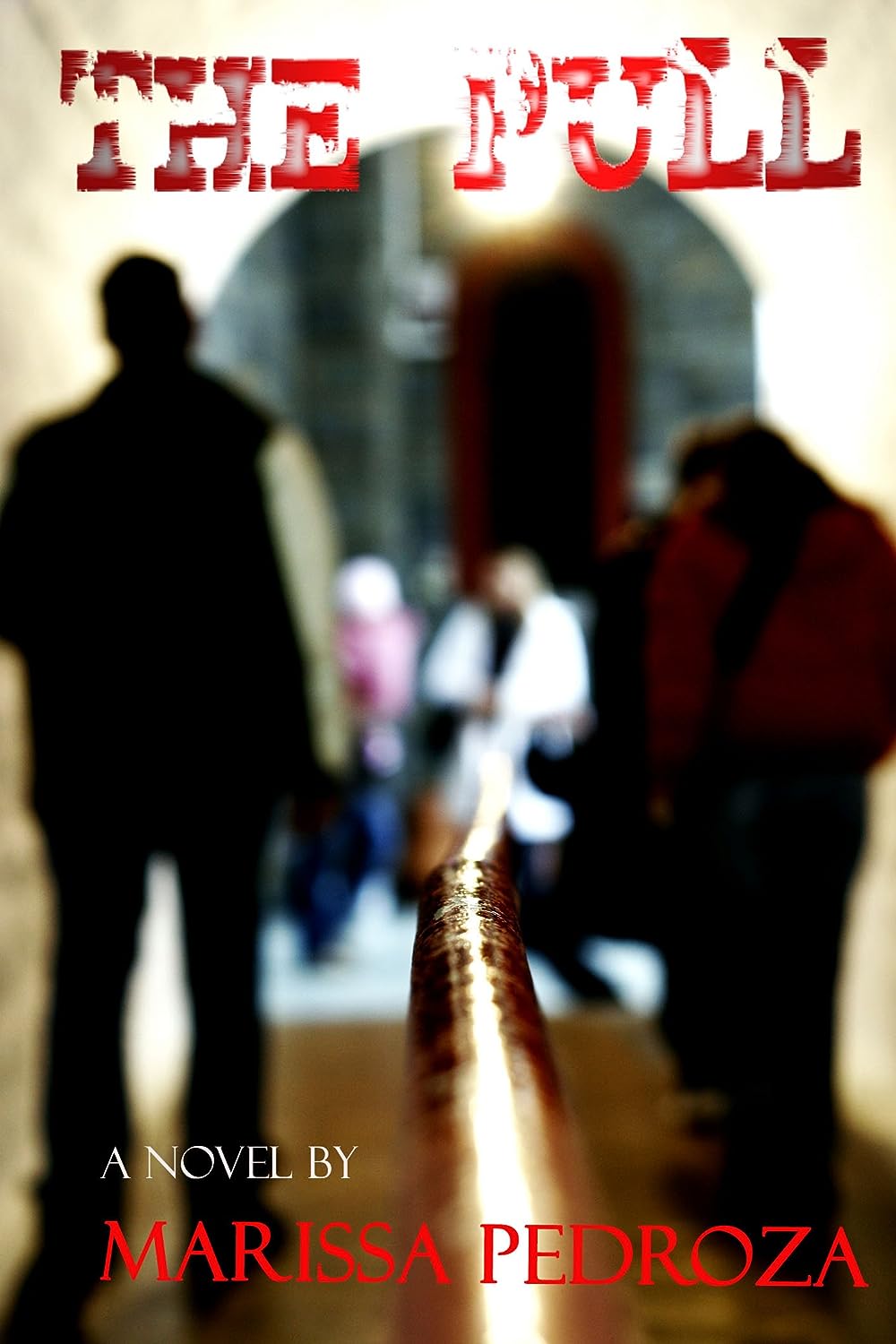 How is Writing In Your Genre Different from Others?
I believe there are more similarities than difference in writing for different genre’s. But with the Mystery/Thriller genre, I was constantly asking myself the same questions I would ask as a reader/fan of mystery novels. I believe if my reader can guess the outcome, then I haven’t used the full potential of my creativity, but it has to be believable! It has to be something that the reader will say, “She turned left, when I thought she was going right.” It’s more than just writing a “twist” it’s creating something that isn’t easy to see, but clues were given all along.

I also enjoy writing romance, but I have never published anything in that genre. When I am writing in the romance genre, it’s more about character development than it is about “what’s going to happen next”, which I feel is integral in a good mystery/thriller.

What Advice Would You Give Aspiring Writers?
The advice I would give to aspiring writers is the same advice I would give to any child in my care… read and read everything you can get your hands on. Read the classics. Read incredibly successful writer’s work and also read work from Indie writers. Read each genre, not just the one you’ve chosen for yourself. Each time you read, you not only receive a bit of the writer’s passion, joy, knowledge and “how to”, but you also learn to appreciate the difficulty of the craft.

I’m sure you’ve heard the saying that to be a good leader, you must first learn to be a good follower. It is the same in the business of writing. The first and last classroom is a published book. In addition, if the only voice you want to hear is your own… then maybe you should just write for yourself. It is when you appreciate the multitude of voices that you can begin to carve out space for your voice and your stories.

What Inspired You to Write Your Book?
While I was a foster parent, I came up against a situation where the kids had learned to trust me; which was a new experience for them as they had learned not to trust in adults. When one of the kids confided to me that crimes had been perpetrated against her and her siblings by her mother, the same the mother that the state had mandated weekly visitation rights, I thought it would be a simple thing to tell the case worker what the child had told me and the state would protect the children from more abuse.

I was naive, but I quickly learned that it was mine and the child’s word against the biological mother’s denials. This child had learned to trust me and now I was powerless to protect her. That was when I asked myself, “What are you willing to sacrifice to protect the safety of a child that doesn’t belong to you?” When it’s your child, you would move mountains. But if it’s not your child and the system seems to be in favor of the mother, how much do you fight for a stranger’s child?

It was a long and arduous process, but it turned out in the children’s favor. We endured a lot of frustration and more abuse for the children until the visitation’s stopped. It was during this time that I began to write The Pull. Writing The Pull helped me keep the trust these children had placed in me and gave me an outlet for my own fears for these children.

About the Author:
Long before I understood the word “escapism” I knew that the worlds I created on paper were exactly where I wanted to be.
I was born in Samar, Philippines and landed on Americas shores when I was five years old.

I have always been fascinated with the supernatural, the great myths of old and the wonderful stories within the Bible. These subjects stirred my imagination even as a child. I wanted to know what it must have felt like to be Isaac while your father leads you to a secluded area for bonding time (no pun intended).

I always wondered why it was assumed that the ancients were ignorant, yet the ancients told stories of angels, demons, god and demigods. Didn’t their stories alone belay their ignorance?
This is why I so enjoy writing Supernatural Thrillers. I could write the alphabet and find joy in that, but with Supernatural Thrillers I get to indulge my taste for the bizarre, creepy and fantastical.