Deadly threats from a loan shark to pay back a debt her late father incurred sends Nia Sylk on a desperate search for Massimo Andretti, the man she blames for her predicament and her father’s death. Determined to make him pay, Nia concocts a plan she knows Massimo will find hard to refuse. The trick is to get close enough to him to make the offer, and then persuade him to accept it.

Italian playboy, Massimo Andretti must marry before his 34th birthday and produce an heir within a year if he wants to keep his billion-dollar inheritance. So when Nia Sylk, a beautiful schoolteacher offers him her virginity in exchange for four million dollars, Massimo weighs the lustful benefits of marrying the brazen, little, sharp-clawed pussycat to satisfy the terms of his father’s will.

Will Nia be able to pull off her plan of escape with Massimo’s millions in tow, or does this infamous playboy have enough charm and passion to tame this little flight bird and keep her nested forever in his Nido d’Amore? 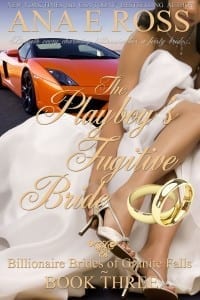 How is Writing In Your Genre Different from Others?
There aren’t many African-American, Multi-cultural, and Interracial romances out there. So I hope to service those who love these sub-genres. Other than that, my stories follow the normal girl meets boy, girl falls in love with boy, boy hurts girl, then says he’s sorry, so girl forgives boy. And they all lived Happily Ever After.

What Advice Would You Give Aspiring Writers?
Write, write, and write. Never give up. And tune out all negative vibes, and believe in yourself!

Author Bio:
New York Times and USA Today Bestselling Author, Ana E Ross began indulging in romance novels at a very early age. By the time she was sixteen, she’d read every Mills & Boon, Regency, and Historical Romance novel in the library on her native island of Nevis in the West Indies. Nevis is also the birthplace of American Statesman, Alexander Hamilton.

In 2013, Ana resigned from teaching Writing and English Literature to devote her life to writing romance novels.

She is currently working on a four-book series – Billionaire Brides of Granite Falls, three of which are already released:

Read more about Ana at: www.anaeross.com

What Inspired You to Write Your Book?
This book is the third in a series or four. My inspiration comes from a love of reading other authors and wishing to add to the pool.