You are here: Home / Bargains and Freebies / Bargain Books Under $3 / The Lord Poet by Megan Franks 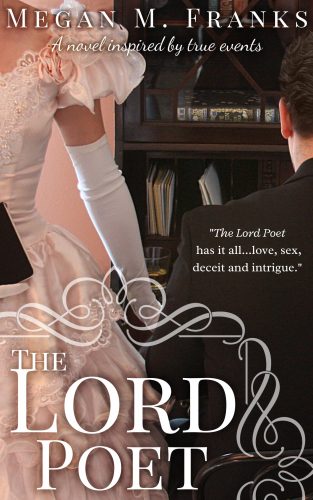 Meet Lord Edmund Troy, a carefree aristocrat and renowned poet in Victorian-era London. Idolized by the masses for his charisma and dashing good looks, he finds himself in the sights of wealthy socialite Agatha and her cousin Catrina.

Agatha appears to be the quintessential match for Lord Troy…until he becomes more acquainted with Catrina. Drawn to Catrina for her love of literature, Lord Troy finds himself in unusual territory as he yearns for her. A quiet and intelligent book lover, Catrina is thrust into the middle of their relationship despite her continued efforts to remain focused on following her dreams of becoming an author.

In a twist of events, Lord Troy and Catrina find each other in close contact when she is required to stay with him at his manor; their growing relationship stimulated by a series of truths and mistruths.

Complicating matters, Sam—Lord Troy’s most trustworthy longtime friend—and Imelda—his closest female confidante— weave themselves in the life of the Lord and end up intermingled in a web of sex, lies, and deceit.

Will Catrina unravel secrets too disastrous to rebury, or yet, will she be able to untangle herself from the deceptions and follow her dreams to success?

What Inspired You to Write Your Book?
The Lord Poet is inspired by the real life of Lord George Gordon Byron. He was considered the "Bad Boy" of the Victorian era for his morally deficient views of the world. He was a famous Poet and infamous seducer, who enjoyed a lavish lifestyle. He was wild tempered and vivacious. I was intrigued by his perception of Victorian era London and how that perception, and his actions, lead to his eventual downfall.

How Did You Come up With Your Characters?
Lord Troy is modeled after Lord Byron. Sharing many of the same personality traits and life events.

Catrina was modeled as his opposite. Where he is wild and prone to bouts of depression and anger, she is quiet and introverted, but also intelligent.

Sam is my wild card. He is full of wit and good humor, but also wise and caring.

Book Sample
“Come now, Socrates.” Lord Troy stood beside the cage summoning him with a click of his tongue.

The bear, alert to his master’s presence, made a grunt as he lumbered out of his cage; the light sparkling on his dark fur as his big black body shifted. His nose, a being of its own, quivered over the landscape coming uncomfortably close to the front row.

A brave, or drunk, woman stuck her hand out for the bear to sniff. She giggled uncontrollably as the nose tickled her palm. The people beside her watched; eyes wide with tentative intrigue.

"By Jove, would you look at that!" a man beside them exclaimed. The woman's husband attempted to get his wife to put her hand down, but she seemed enthralled with the idea; the bear's nose exploring her fingers like a separate being.

“I believe you've made a friend, Mrs. McAllister,” Lord Troy said, as he smiled giving Socrates a tender tap on the shoulder.