You are here: Home / Fiction / Fantasy / The Last Shadow Knight by Michael Webb 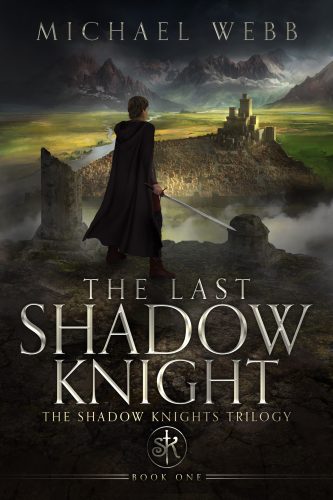 On the unforgiving streets of Karad, Veron grows up hungry, inexperienced, and stealing just to survive. After tragedy strikes, he is forced to decide what path his life will take.

Opportunity arises when he discovers the last survivor of a secret organization called the Shadow Knights. Apprenticed to learn their ways, Veron begins to develop abilities he never dreamed he could have.

Meanwhile, an enemy from across the mountains comes to destroy their kingdom’s way of life, and the Shadow Knights are the only ones able to stop him. As Veron fights to survive the city, he prepares to face his destiny.

What Inspired You to Write Your Book?
I love reading books with amazing plots and interesting twists. I wanted to write one of my own, and be able to make readers excited about it.