You are here: Home / Fiction / Paranormal / The Last Challenge by Sharon Karaa 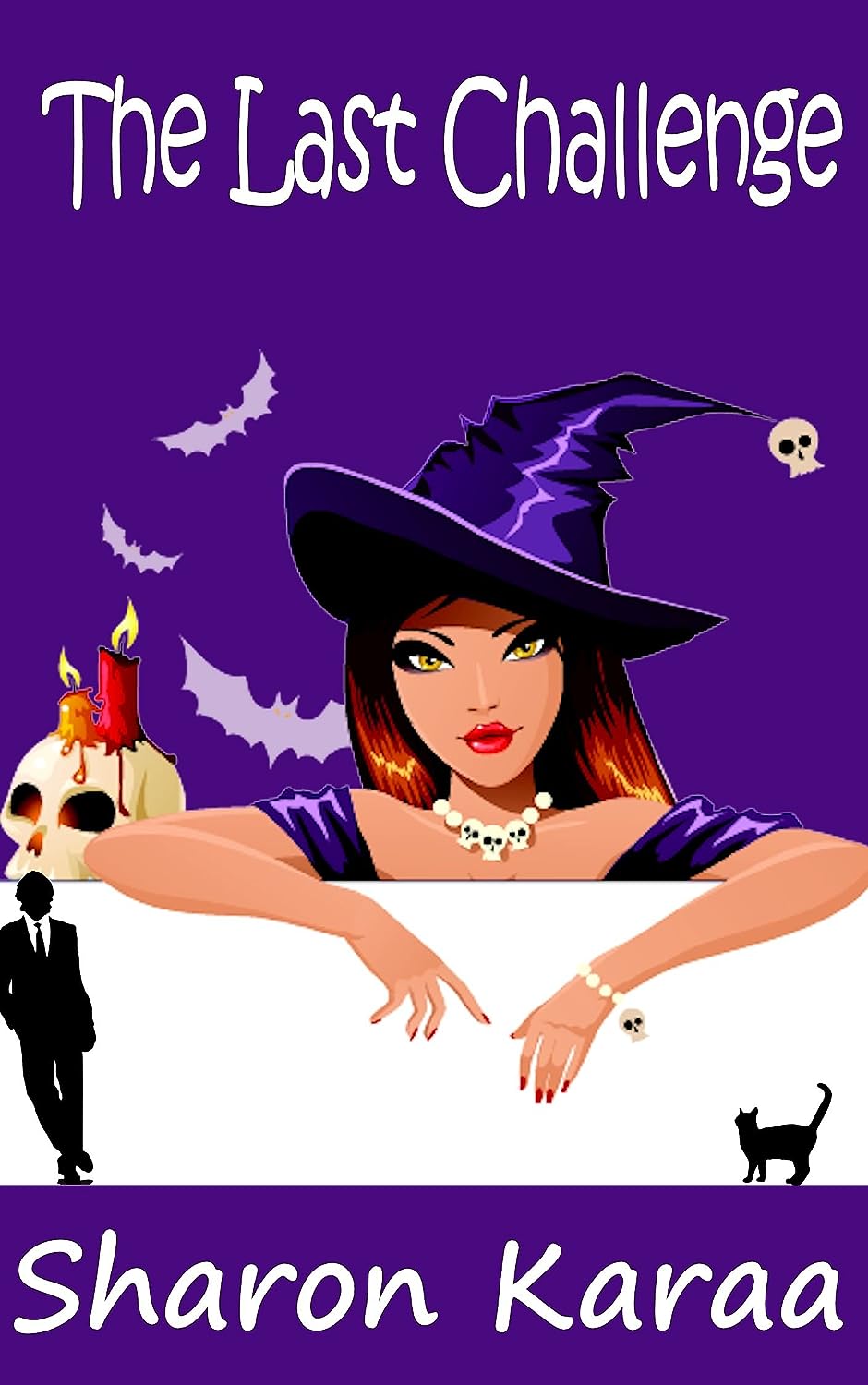 I thought I was normal, I really did, aside from the fact I had a penchant for naming the many facets of my personality. I was unlucky, I’ll grant you, but other than that, just your average twenty-five year old virgin.
Then my long dead ancestor turned up with a four-hundred year appetite, a passion for G-strings, and a scorching hot, male witch in tow.

Throw in an unadulterated bitch of a familiar, three spirits baying for my blood, a six inch tall Geordie man, and my best friend Selina, and before you could say “bubble, bubble” I was strapped onto the front of the roller coaster of my life, heading straight to Hell in a hand basket.
And the brakes were shot to pieces…

What Inspired You to Write Your Book?
It has been a lifetime ambition to write a book having previously had short stories and poems published as a youngster. It took me twenty years to stop procrastinating and do it and now I’m hooked and can’t stop! I’ve now published two books in a series and I am currently working on another.

How Did You Come up With Your Characters?
Many of the characters are based on people I know

She turned to the bed and grasped the end of the duvet, giving it a good tug. I grabbed at the quickly receding cover and managed to catch it in a vice-like grip, hoping to pull it back over myself and ignore her. But Agnes was amazingly strong considering her four-hundred years, and I eventually gave up and let go.

I heard her fly across the room and looked up to see her sprawled out with her legs in the air, treating me to yet another delightful view of her underwear. I slapped my hands over my eyes and groaned.

Cat was gone from his seat, no doubt making his escape as soon as the harpy arrived. I walked around the bed and stepped over Agnes, still lying prone on the floor, before making my way to the bathroom. When I came out, I heard Agnes swearing in the kitchen. Ignoring her, I dressed and then went to see what all the commotion was about, just in time to rescue the kettle as Agnes tried to stand it on the hob she had eventually mastered lighting.

She looked on, confused, as I sat the kettle on its base and switched it on.

“Ahhh!” she glanced between me and the kettle and grinned.

“My, I could get used to all these fancy gadgets!”

She settled herself around the table and clasped her hands together expectantly. “No oats?”

“I don’t do porridge but there’s granola in the cupboard.”

She looked confused again and I sighed, stamping my way across the kitchen and pulling out utensils and cereal to accommodate my unwanted guest. I slammed them down on the table in front of her and she proceeded to pour herself a generous helping as I returned to the kettle to make the coffee. The next thing I knew, a piece of dried fruit struck me off the back of my head as Agnes spat the cereal out of her mouth at top speed.

“What the feck? This is rabbit food!” she stared in obvious revulsion at the contents of her bowl.

“Agnes, you’re supposed to put milk or yoghurt in it first, you don’t eat it dry!” I explained.

About the Author:
Sharon Karaa is a mass of contradictions but two facets of her character have always battled for supremacy; her logical self (let’s call him Frank) and her artistic side (lets her call Misty).

Until recently, Frank won every battle, forcing Sharon into a life based on most probable outcome and to give him his credit, it has led to a fairly comfortable if rather boring life, so far.

Then Misty took up kick boxing and gave Frank a good kick in the goodies.

Sharon lives with her husband in a little village north of Newcastle upon Tyne, England. She doesn’t have a cat.