You are here: Home / Bargains and Freebies / Bargain Books Under $3 / The Imaginators by M.K. Valley 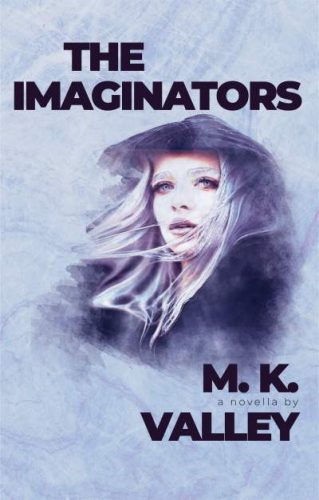 Andria del Scorpio traded her crown for a sword.

Being an Assassin on Ares might mean rubbing elbows with the filth of the Infinite Universe, but at least she’s free. Her ability to ‘imagine’ is perfectly suited to kill, and all Andria has to do is bag the prize money and consider the next Contract on the list.

When an illegitimate Contract goes according to plan, everything goes wrong for her and her partner. They have a month before they’re put on trial and chained for murder. As time runs out and unlikely alliances form, Andria’s ready to pay whatever price to preserve her freedom.

But as forgotten nightmares surface and the demon who made her forfeit her crown for the life of a murderer crawls out of the shadows, one thing becomes clear. The past won’t haunt you only if you kill it.

And no one’s better at killing than her.

What Inspired You to Write Your Book?
Like every sane person, I love dragons. But it's not dragons I dream of. I dream of the future, that future which we'll be long gone to see. That future has always been my greatest inspiration. Where would humankind find itself in thousands of years? Are we resilient enough to last that long? Would we still be human or something different? Something more?

These questions inspired The Imaginators. It's a novella set thousands of years in the future. Where humans are something exotic and other, superior beings have conquered the stars. But where very human things take center stage. The Imaginators is a personal, intimate approach to space opera.

How Did You Come up With Your Characters?
Coming up with my characters was rather easy. I carry all of them in me – from their dark, questionable traits to their loyal and dedicated sides. Of course, plenty of characters I've read about in great books over the years had their influence. I knew I wanted them to be morally grey, every one of them with their drive and motives, and, of course, a dark and painful secret or two.

Book Sample
PHASE ONE
THE CONTRACT