You are here: Home / Fiction / Science Fiction / The Genetic Lottery by Allison Goh 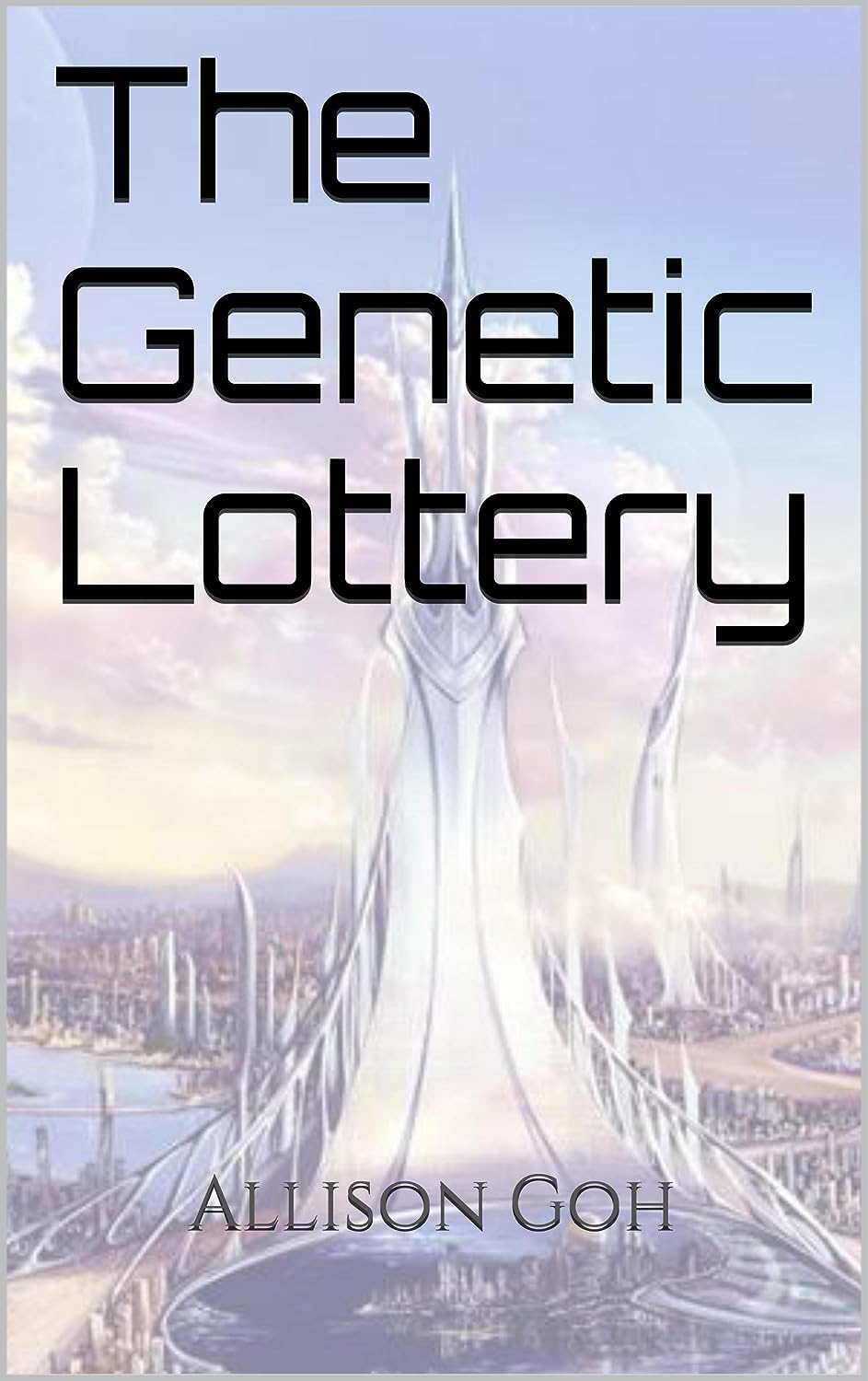 The children of the Alpha5, the top 5 conglomerates in Egalia, find themselves up for public scrutiny when the news of their genetically selected origins is leaked to the public. Impossibly good looking, intelligent and heirs to the biggest fortunes in Egalia, the secret of their births has caused intense backlash. Not only do the public loathe them, they represent a betrayal of The Genetic Lottery, the system that forms the backbone of Egalian society. The Genetic Lottery promises every couple a child, free from all markers of genetic disease, but the Alpha5 children have far exceeded those parameters. Luckily, a revolutionary leader emerges, promising to tilt back the playing field with his cutting-edge technology, the Infinity Chip. Alex Etak promises to soothe the public furore and take down the genetically superior species by equipping the masses but does he have a separate agenda himself?

What Inspired You to Write Your Book?
I love the dystopian genre and the social commentary that underlies every good dystopian book. I wanted to create a book that showcases the excesses of human greed, power, genetic manipulation as well as conflicting feelings of family, loyalty and love.

How Did You Come up With Your Characters?
A lot of brainstorming and insights from my own life interacting with others.

Book Sample
The sumptuous dinner served at the Wan’s sprawling mansion was barely touched by the guests. This was surprising as dinners were a huge deal in Egalia since basically only the ultra-rich could afford them. After Nutrienas pills out-phased the need for actual eating, ‘dinners’ became an affair for the rich to socialize. Getting an invite meant acknowledgement of your social position and being rich enough to hold dinner parties became the ultimate status symbol. The ‘food’ they ate could almost be deemed artistic creations. They awed visually and inspired your taste buds with flavours so tantalizing that it exceeded all expectations humanly possible. Of course, the food had no actual calories or even mass that would disrupt the body. The ‘food’ simply dissolved as if you had ingested water. Tonight, it seemed that the news leak had affected everyone’s mood so terribly that the fanciful creations engineered by the chefs went to waste.

About the Author:
Allison Goh loves the dystopian genre. Creating imaginary worlds with science fiction/fantasy elements & undertones of dystopia is her favourite creative outlet for her over-active imagination. Her favourite books include the Hunger Games, 1984 and The Clockwork Orange.