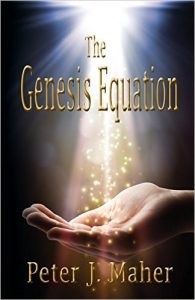 The savagery of the Second Jihad was unprecedented in Galactic history. After a decade of constant war, the white and gold banner of the Imperial Family was once more raised upon fifty million worlds. But the ultimate causal nexus was about to restore an ancient evil to the multiverse. The balance of power would shift beyond corporeality into the realm of causality – time itself was running out.

What Inspired You to Write Your Book?
I began writing my anthology of science fiction novels six years ago. Initially it was going to be a one-off book simply to realise my dream of having my novel published. But over time and with the encouragement of my new readers I expanded the universe I had created into a series of seven books in total. I found myself inspired by my own characters to such a point that we became intimate friends exploring the wonders of the universe throughout a series of epic adventurers.

How Did You Come up With Your Characters?
My characters are direct links to the origin story of my anthology of books. Each character was created to play a pivotal role in the overall development of the story arc. I constantly refer to former characters throughout the books, based upon their influence upon previous story lines. I use quotes from long-dead characters in the later books to emphasis continuity within the universal framework.