You are here: Home / Bargains and Freebies / Bargain Books Under $3 / The Experiment by Cristian Alejandro Solari @gebsaar

All intelligent species in the Universe live in harmony under the Constitution of the Confederation. To try to understand how high intelligence was reached by member species, experiments had been set up by the Confederation in different star-planetary systems; researcher Geb is assigned a particularly promising one. To everyone’s surprise, this experiment succeeds and self-conscious preintelloids evolve and thrive. But, on a routine analysis, Geb finds astonishing evidence of a new technological development that would allow preintelloids to migrate from their star-planetary system and meet their creators. Their space travel technology was not expected to be so advanced at that stage of their evolution, before becoming full intelloids. The Confederation has two uncomfortable options: either terminate the experiment and risk going against the Constitution, or n ot interfere and risk an invasion of a potentially dangerous species. 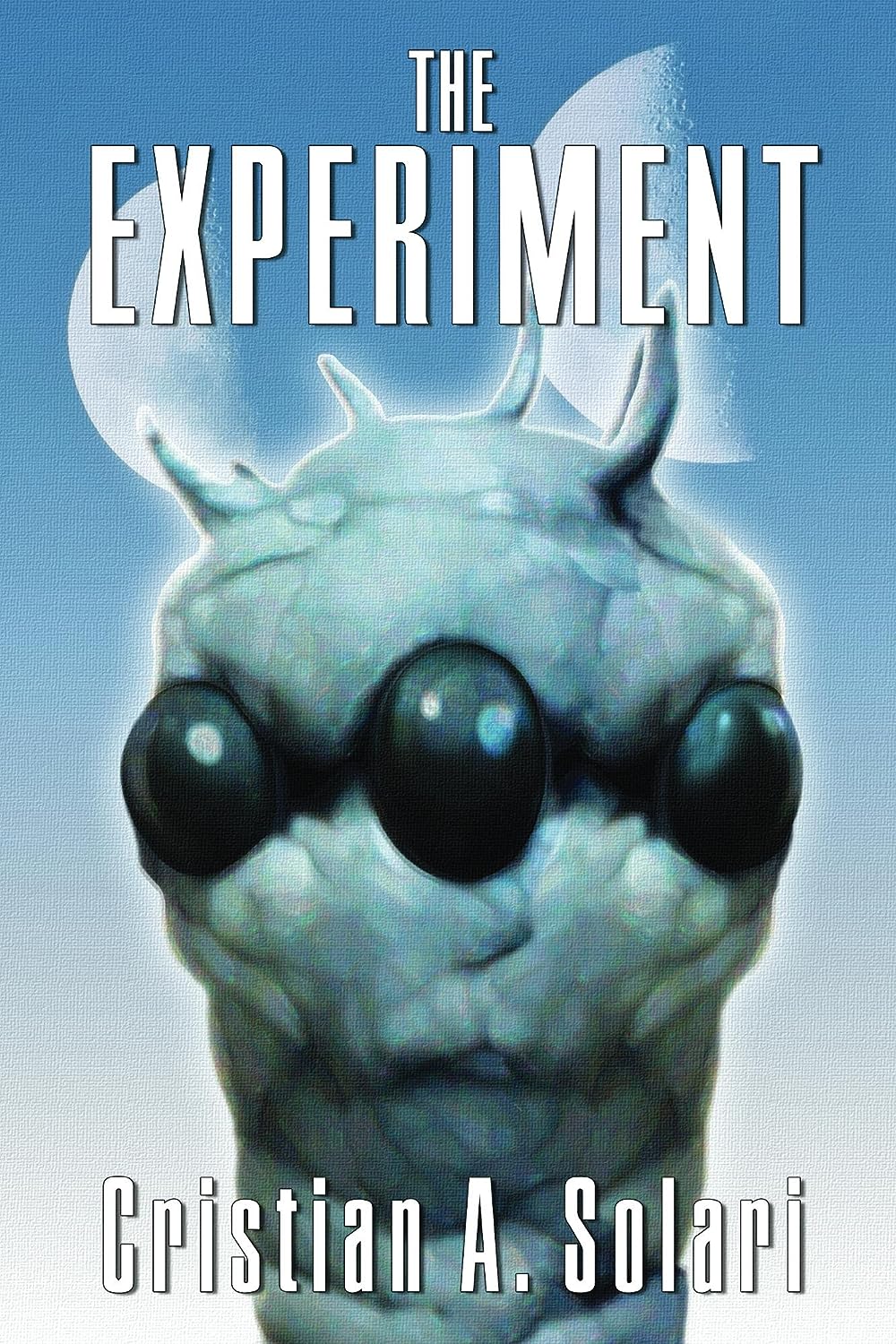 About the Author:
Cristian A. Solari was born on March 23rd, 1969, in Buenos Aires, Argentina. He is an evolutionary ecologist, with a B.S. in zoology from the U. of Florida (1993) and a Ph.D. in ecology and evolutionary biology from the U. of Arizona (2005). Between these degrees he worked in the private sector, in industry, and founded with two other partners a graphic design and advertising agency. He has written several papers on the evolution of multicellularity in scientific journals such as The American Naturalist and PNAS. He is currently a CONICET researcher at the Universidad de Buenos Aires, Argentina.

Website(s)
Link To Buy The Experiment