You are here: Home / Bargains and Freebies / Bargain Books Under $3 / The Devil’s Bed by Doug Lamoreux

What awaits Brandy in… The Devil’s Bed?

While touring a ruined castle in the south of France, Brandy Petracus is led to the unhallowed graveyard of Templar Knights executed for practicing Black Magic. Long forgotten by the world, this ancient cemetery is known to the locals as the Devil’s Bed, and its occupants do not rest in peace.

In this fast-paced clash of good vs. evil, Brandy soon finds herself the leader of an eclectic group besieged by resurrected Templar knights – craving their blood. Vampirism, madness, dark humor and flashbacks to 14th century Paris tell Brandy’s very human story of commitment, trust and sacrifice, as she is forced to hole up in an ancient chapel with her friends and fight for survival.

Even then, the Devil’s Bed has yet to surrender all of its secrets. 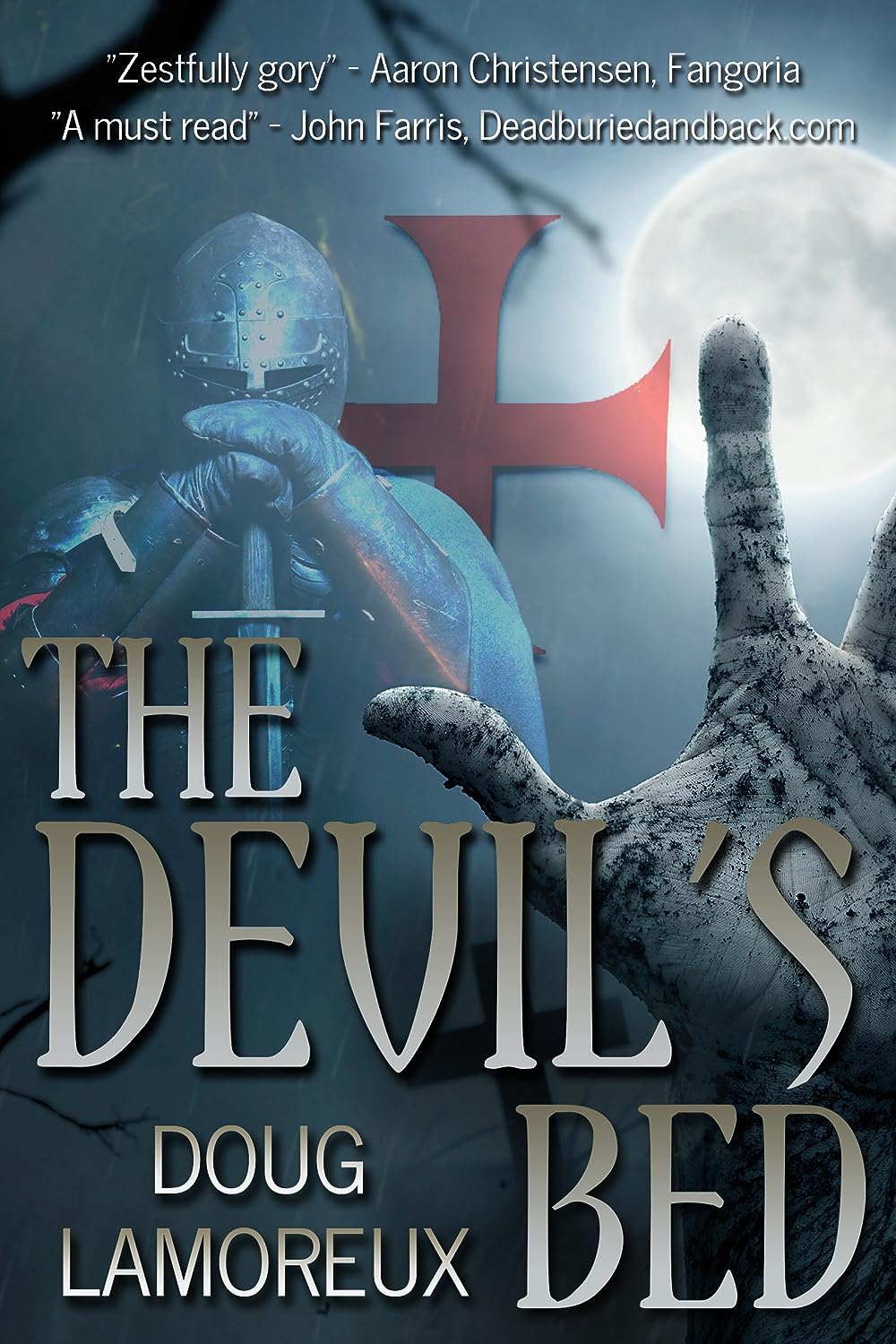 About the Author:
The last, quite possibly the least, Renaissance man, Doug Lamoreux (a father of three strong men and a grandfather), a lifelong horror film fan and child of Famous Monsters of Filmland magazine, recognized his incompatibility with the rest of the world – and gave it all up to act and write. He appeared in Mark Anthony Vadik’s The Thirsting (aka Lilith) and Hag. He starred in Peter O’Keefe’s Infidel and Boris Wexler’s The Arab. All interspersed with forty years in theater (during which he fell off the stage twice). Now he writes swell horror novels. The first-ever Igor Award recipient from The Horror Society, Doug is also a former Rondo Award nominee, and his novel, Dracula’s Demeter, was a 2012 Lord Ruthven Award nominee for fiction.