You are here: Home / Non-fiction / The Daily Hazards of a Middle Eastern Wife by Soad Nasr 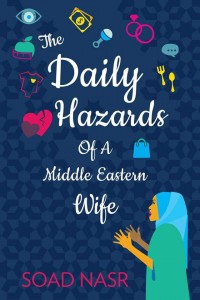 From wedding night traditions to meeting the mother-in-law, this semi-autobiographical read takes an often fun and fascinating look at the issues Middle Eastern women face in married life…and beyond.

What Inspired You to Write Your Book?
War

How Did You Come up With Your Characters?
Non-fiction

Buy The Daily Hazards of a Middle Eastern Wife On Amazon