You are here: Home / *Reading Room / Buyer's Guides / The Daemoniac by Kat Ross 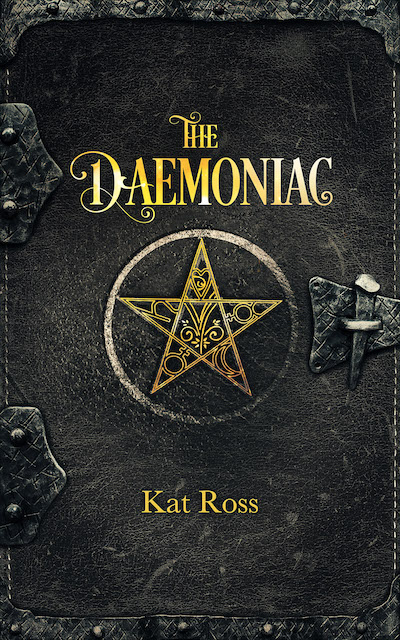 The Daemoniac by Kat Ross

It’s August of 1888, just three weeks before Jack the Ripper will begin his grisly spree in the London slum of Whitechapel, and another serial murderer is stalking the gas-lit streets of New York. With taunting messages in backwards Latin left at the crime scenes and even more inexplicable clues like the fingerprints that appear to have been burned into one victim’s throat, his handiwork bears all the hallmarks of a demonic possession.

But consulting detective Harrison Fearing Pell is convinced her quarry is a man of flesh and blood. Encouraged by her uncle, Arthur Conan Doyle, Harry hopes to make her reputation by solving the bizarre case before the man the press has dubbed Mr. Hyde strikes again.

From the squalor of the Five Points to the high-class gambling dens of the Tenderloin and the glittering mansions of Fifth Avenue, Harry and her best friend, John Weston, follow the trail of a remorseless killer, uncovering a few embarrassing secrets of New York’s richest High Society families along the way. Are the murders a case of black magic—or simple blackmail? And will the trail lead them closer to home than they ever imagined?

What Inspired You to Write Your Book?
I grew up in New York City and thought the late 1880s would be a fascinating period to set a story in. The city had just recovered from the terrible blizzard of 1888, and it was on the cusp of huge technological and cultural shifts but still had a very grubby, gothic Victorian feel. I adore mysteries, I've read them by the dozens, and knew I wanted to try my hand at one. So I came up with the idea of something along the lines of Sherlock Holmes meets the X-Files in Gilded Age New York — with a dash of The Alienist, one of my all-time favorites. This is book one in a new series of gaslamp mystery/fantasy. I also like genre-mashups!

How Did You Come up With Your Characters?
The Daemoniac is partly a tribute to Arthur Conan Doyle and his wonderful Holmes stories, which I've adored since I was a child and read and re-read more times than I can count. My own twist is that the detective in the story is a young woman who's trying to make a name for herself but is still living in the shadow of her brilliant older sister Myrtle (Mycroft). Her best friend John Weston (Watson) is a medical student at Columbia, and then we have other assorted Holmesian characters like the housekeeper Mrs. Rivers (Mrs. Hudson), the devilish James Moran (Moriarty), and the Bank Street Butchers (Baker Street Irregulars). So there are many playful references to Doyle's work, but the plot itself is original.

Book Sample
The scream hung in the air, then stopped abruptly. As though the person's air supply had been suddenly cut off.

I looked up and down the street, but there was no one else in sight. The carriage had vanished, turning the corner perhaps. Never was I so glad to have followed Myrtle's advice. I rummaged around in my bodice and retrieved the pistol. The grip was slippery with perspiration, but its metallic weight was reassuring in my hand as I took a deep breath and entered Central Park at the Seventy-Ninth Street transverse.

I ran down the winding road, trying not to trip over my skirts. I had been to the park many times with John and his brothers, but always during the daytime. We would bring a picnic lunch and they would play rugby on a large lawn called the Green, while I read a book or just lay on my back watching the clouds. I knew the Green was a bit to the south near a ladies' restaurant called the Casino. I was less familiar with this area.

Newly installed electric lamps illuminated a fork in the road. I caught a glimpse of the lake through the trees to my left, not the water itself but the red and blue lights of the hired pleasure boats. We skated there last winter, John, Connor and I, before the blizzard. When the ice was frozen solid, all the omnibuses and horse cars would fly white flags and word would spread that "the ball is up in the park!"—meaning the red ball had been hoisted on the Arsenal and it was safe to skate.

Connor wasn't living with us yet, but John had taken an immediate fancy to him. I think he enjoyed showing Connor new things, things he couldn't even have dreamt of before he tried to rob Myrtle and ended up getting a job instead. I smiled at the memory. A frosty January morning, just after New Year's. The sky was a lustrous, bottomless blue. We'd gone to one of the nearby cottages afterwards and sipped hot chocolate in front of a roaring fire. John told a ghost story, something about the restless souls of smallpox patients haunting the Gothic-style hospital on Ward's Island after its closure two years ago…

All was silent. I began to wonder if what I thought was a scream had actually been wild laughter.

I paused at the entrance to a heavily wooded area that could only be the Ramble. In the sunlight, it was reputed to be one of the most beautiful parts of the park, a rustic paradise of gurgling brooks and wildflowers. Tonight, it just looked dark and impenetrable.

"Hello?" I called, feeling idiotic. "Does anyone need help?"

Not even a cricket replied.

I was turning to leave when I heard a noise. It had a wet, squelching quality that made my skin crawl. With very little effort, my mind conjured up the image of a deer carcass being dressed with a sharp knife.

"You really are a fool, Harry," I muttered.

I began to walk cautiously deeper into the Ramble. Trees laden with vines pressed close on both sides. The lights of the main thoroughfare faded behind me. I tried to be stealthy, but my dress rustled like a pile of autumn leaves with every step. Then the breeze died, leaving an airless void. Stinging beads of sweat popped out on my forehead and rolled into my eyes.

It was so dark that I tripped over the body.

All I knew was that my left foot caught on something in the middle of the path. I pinwheeled my arms and tried to recover, but when I looked down and saw the white flash of skin gleaming in the moonlight, I let out a shriek and went arse over teakettle, as Connor would say, into the undergrowth. The pistol flew from my hand.

I lay there, gasping for breath that wouldn't come. My chest felt like a locked door with no key. My eyes still worked though. And what I saw lifted all the hair on my body straight up.

A rough stone wall crossed the path ten paces away. It was broken by a narrow archway, through which the night poured black as pitch. But something even darker stood just within the shadow of the arch. Watching me.
I groped for the pistol but my hands came away empty. Empty and wet.

I was lying in a pool of blood.

The whole scene was so surreal, my mind simply rejected it. This couldn't be happening. Not an hour ago I was dancing with John in a brightly lit ballroom filled with people. Maybe not the nicest people, but still, regular people.

How easy it is in New York City to tumble down the rabbit hole. It just takes a few wrong steps. One or two poor decisions. The abyss is always waiting for the unwary. A hidden signal, and the trapdoor suddenly opens beneath your feet, dropping you into a lightless pit, a charnel house like the one in the Benders' cellar.

A beam of moonlight caught the glint of metal in the archway. Just a glimmer, but it was at about the height where you'd expect to see a knife if a person held it dangling point-down at their side.

I watched, breath still trapped in my throat like a wild animal clawing to get out, as the blade moved gently back and forth. A grotesque waggling gesture. Like some demented children's rhyme.

My fingers scrabbled frantically through the dirt.

The blackness within the archway looked bottomless, infinite, like a hole torn in the fabric of the universe. The words Mrs. Rivers uttered at the séance, in that horrible chorus of overlapping voices, came back to me:

The figure shifted, moving slowly into the moonlight. I saw a pale hand, and a knife as long as my forearm, mottled heavily with some dark substance. The glint of a brass button at the cuff.

I clenched my teeth and drew a ragged stream of air into my lungs. It wasn't enough.

You're going to die here, Harry, I thought dimly. And the killings will just go on and on and on…