You are here: Home / Bargains and Freebies / Bargain Books Under $3 / The Case of the Not-So-Fair Trader ( A Richard Sherlock Whodunit Book 1) by Jim Stevens

A despicable stock trader is found buried under an avalanche of his own garden rocks, causing fired-from-the force- Richard Sherlock to be yanked off the bowling alley and whisked to the crime scene by his pampered protegee Tiffany Richmond. He must prove murder and stop payment of the twelve-million-dollar Richmond Insurance policy.
Nothing makes sense. Crime scene is a mess. There is no money trail. There are too many motives from too many suspects who have too many alibis. Worst of all Sherlock’s bad back is acting up, his ex-wife wants more money and the murder investigation is putting a serious dent in his parenting schedule of his two daughters.

Richard Sherlock hates his job, and may be a reluctant dick, but he is better at finding the WHO in WHODUNIT than anyone else. 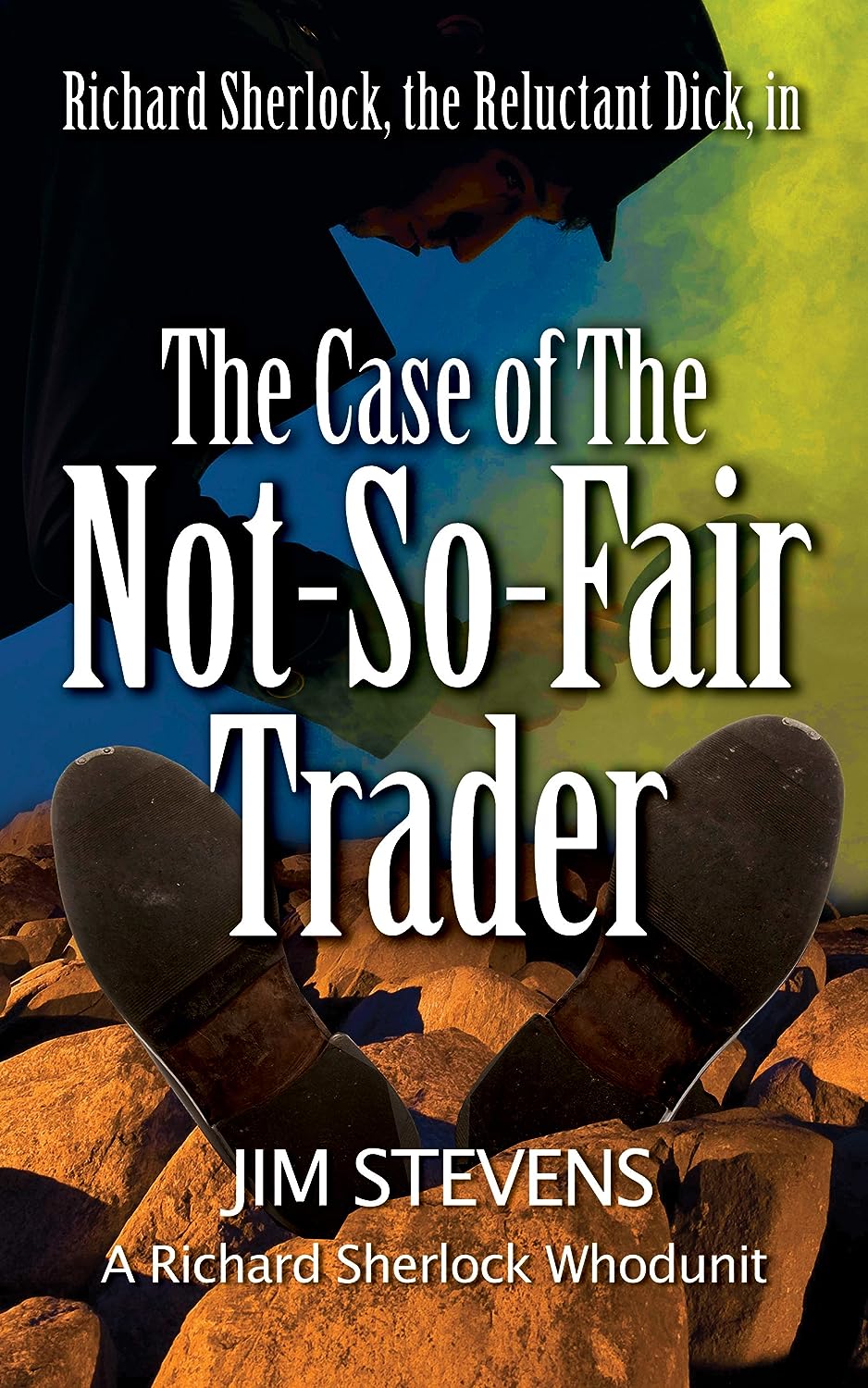 About the Author:
Jim Stevens has been writing for over thirty years. Usually without much success, but for some reason he keeps writing. Jim started writing TV series specs in the 1970’s and starved. He segued into spec movie scripts and really starved. He went into the corporate world for a twenty-five year career in broadcasting and advertising, but just couldn’t drop his pencil. He found time to write plays in the Chicago theater scene, wrote, produced, and directed numerous short films, videos, and TV commercials, created TV pilots, and even optioned a few movie scripts that never saw the glare of the Klieg lights.

Jim has been writing novels for the past four years. His Richard Sherlock Whodunit series has ranked him in the top 10% of Amazon authors. He is also the author of WHUPPED, a reverse romantic comedy from many different points of view. His latest novel, Hell No, We Won’t Go A Novel of Peace, Love, War, and Football is his first writing of a ‘serious’ nature.

Jim loves to hear from his readers, especially the ones who enjoy his books.