You are here: Home / Bargains and Freebies / Bargain Books Under $3 / The Cartographer by Craig Gaydas

Alien abduction stories are usually tabloid news fodder or delusions of reclusive old ladies, right? But what if the stories are true? What if we are being watched by an intergalactic alien organization driven by exploration and discovery? Nathan Chambers is about to find out.

While exploring a cave in a remote section of Carlsbad, New Mexico along with his teenage companion Sam, 16-year-old Nathan stumbles upon just such a person. While making repairs to a monitoring device, Explorer’s League Science Officer Satou is surprised when Nathan breaks through a security barrier inside the cave. Satou does the only thing he can, and abducts the human interloper.

This action sets forth a chain of events that will forever change the balance of the universe.
Nathan is introduced to the Consortium, an intergalactic league comprised of explorers, science teams, soldiers and diplomats. He discovers the Universal Map, an ancient artifact which has been locked away long ago by a person simply called “The Cartographer.” After accidentally unlocking it, Nathan unknowingly begins a chain of events which will threaten to tear at the very fabric of the universe. With the assistance of the Explorer’s League, can Nathan stop the war before it reaches Earth and threatens everything he holds dear?

Author’s excerpt from The Cartographer:
The screen roared back to life but instead of an image of Shai, it contained several ships as they sped towards us from the moon. It was the same floating pirate ships from earlier and our fears were confirmed—the Scarlet Moon had allied themselves with Calypso.
I got up on one knee in time to see a plume of fire explode from the lead ship, rocking the Argus and sending a fresh spray of sparks over me. I fell back and hit my head on the very same control panel. This time, however, I only had a few seconds to curse my luck before drifting into unconsciousness. One of the Scarlet Moon vessels attached itself to the Argus and began boarding procedures.
“The British are coming,” I mumbled and passed out. 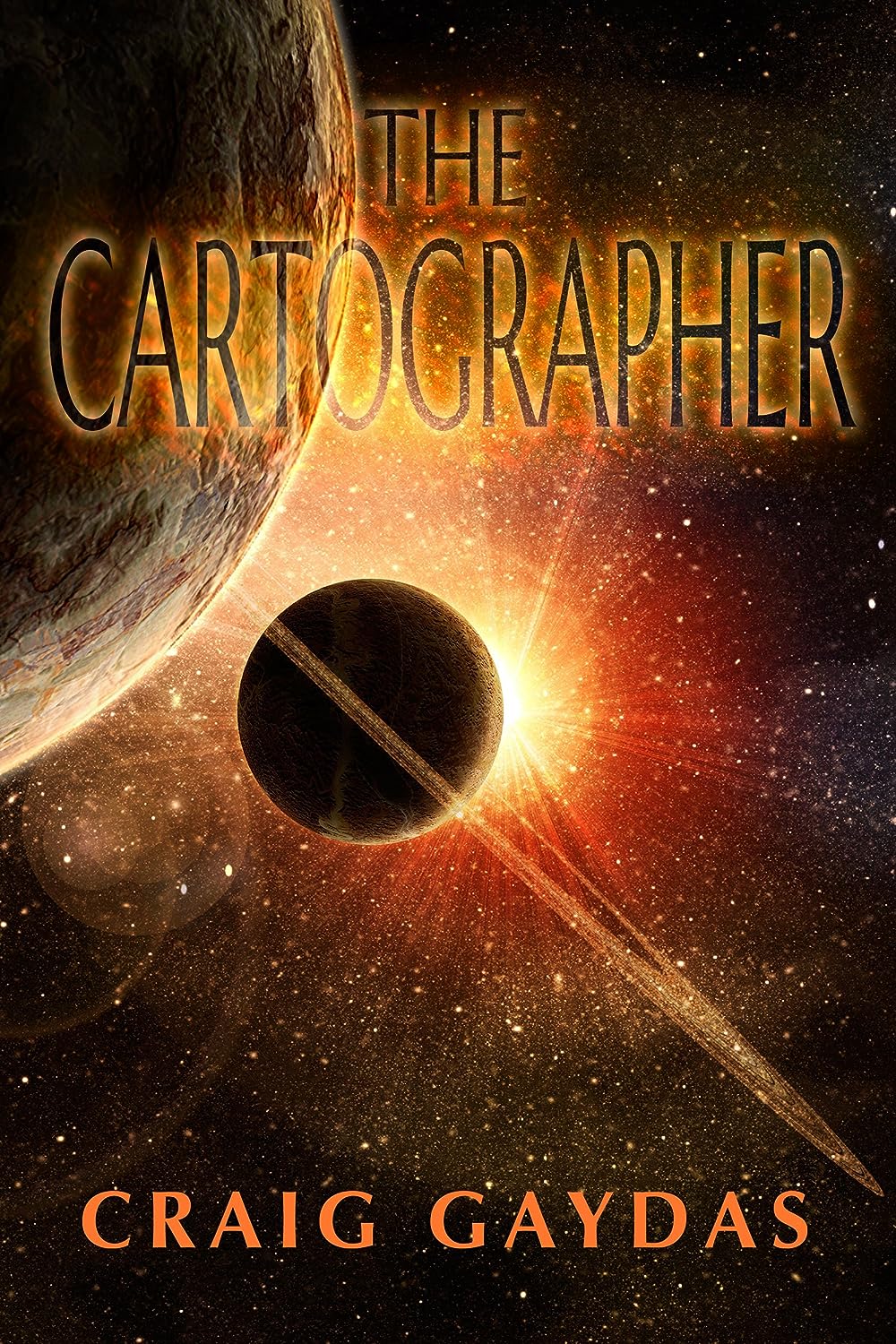