You are here: Home / Bargains and Freebies / Bargain Books Under $3 / The Cartel, The Apprentice Volume 1 by E.G. Manetti

~A woman in trouble. A ruthless warrior with a hidden agenda. A society where honor is revered and trust a dangerous luxury.~

Raised to wealth and privilege, Lilian’s future was shattered when her father was convicted of terrible crimes. By law and custom she should have followed him into death to redeem her corrupt genetics. Desperate to avoid execution for crimes not her own, Lilian accepts an indenture contract with a powerful warrior. For three years he will have total control of her body, will and intellect.

Lucius Mercio commands one of the most powerful Cartels in the Twelve Systems. As clever and ambitious as he his ruthless, Lucius’ wealth, influence, and power are place him among the elite of the warrior caste. It is not enough. Lucius intends to take his Cartel to unimaginable heights with the aid of Lilian’s brilliance. He faces only one obstacle. Lucius must keep Lilian alive.

Although part of series, this is a stand alone novel.

In addition to Amazon.com, The Cartel, The Apprentice Volume 1 is available through Barnes & Noble, Kobo and I-books. 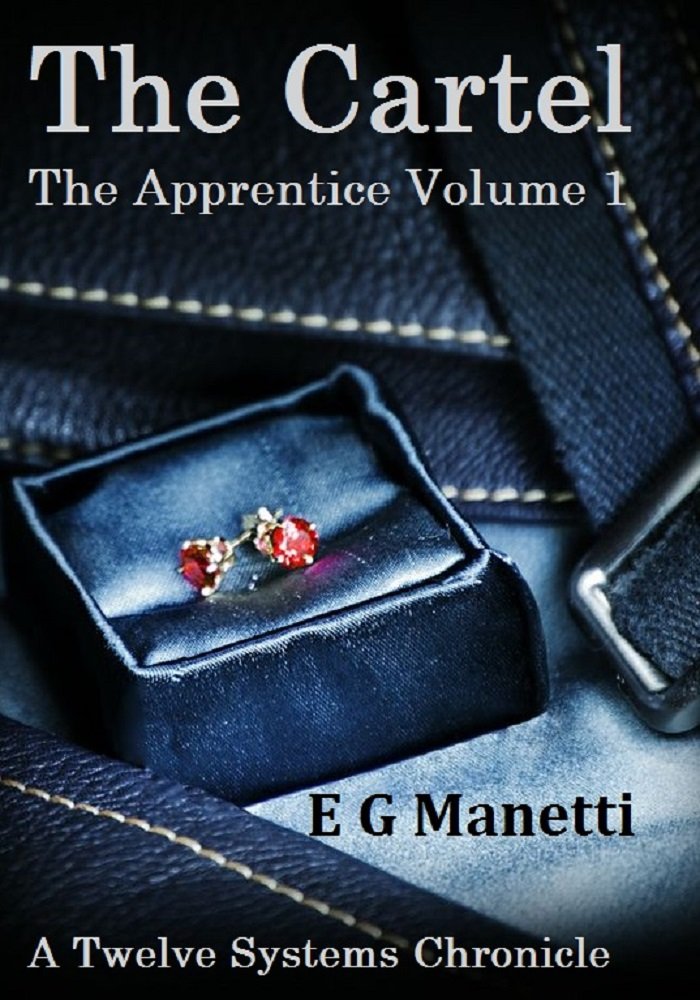 How is Writing In Your Genre Different from Others?
The Cartel, The Apprentice Volume 1 is one of those novels where the genre is difficult to classify. While primarily science-fiction it contains elements of fantasy, romance and suspense. With space travel and super advanced technology at the center of the story it is definitely science fiction. At the same time, the world of Lilian and Lucius has a distinct mythology and spirituality that is far different from earth’s. The dramatic tension comes from Lilian’s struggle to survive complex intrigue and Lucius’ attempts to become a Master of the Universe.

What Advice Would You Give Aspiring Writers?
Keep writing and keep reading. Pay attention to your reviewers (good and bad) because they will teach you what you need to be better.

What Inspired You to Write Your Book?
The bare bones of The Cartel came to me in a vivid dream. I couldn’t get it out of my head until I started to write it down. Once I started, it kept developing in depth and complexity. To date, I remain a little amazed the complex society of the Twelve Systems and my main characters came out of my imagination.

About the Author:
The Twelve Systems Chronicles are E.G’s first published works. She works in IT and writes as often as possible. When neither goes well, she cooks exceptionally and gardens adequately. E.G. resides on the East Coast of the USA with her beloved (and often confounded) husband and their severely OCD Jack Russell Terrier.