You are here: Home / Fiction / Action & Adventure / The Bushwhackers by Van Holt

Heck Martin’s motto was simple. If they left him alone, he would leave them alone.
Heck Martin was not pro-Union, like his father and brother. He had joined up with Quantrill to harass the bluebellies and other Union feds that thought they could tell others what they should be doing. But after the massacre at Lawrence, Kansas, he wanted nothing to do with Quantrill and his gang.

Thirteen other hard-bitten veterans had followed him, had joined with him, but soon grew to hate him even more than they hated Quantrill.
Then suddenly, the war is over, and Heck knows that most of his “men” would be out to kill him. But they all feared him. He was the fastest with a gun they had ever seen. Also, Heck had warned them, when he left for home, that if anyone followed him or tried to cause him or his family harm, he would kill them on sight.

Cotton Petty and the other bushwhackers had not left him alone. They had tried to kill him, and failing that, had killed two members of his family. For that he would hound them to the ends of the earth, if need be. From now on, until he was dead or they were all dead, there would be war between them.

Follow Heck Martin as he tracks the deadly bushwhackers across the 1865 wild west landscape of Missouri, Texas, New Mexico and Arizona. Heck’s tracking skills are put to the test in a deadly game of cat and mouse, sprinkled with Comanches, wild west women, mountain men and plenty of gunfights, horses and cold blooded killers. He also has to avoid the bluebellies who are hunting him, as well as a bounty put on his head by Quantrill, for leaving him during the war.

If you miss Eastwood, Heck Martin may be the next best thing. If you prefer gun-shy writers and cowboys who fight range wars with their fists, you will have to look elsewhere. Van Holt’s hellbound gunslingers plan to send the bad guys there first, before the government takes away their guns and lets the bad guys keep theirs. 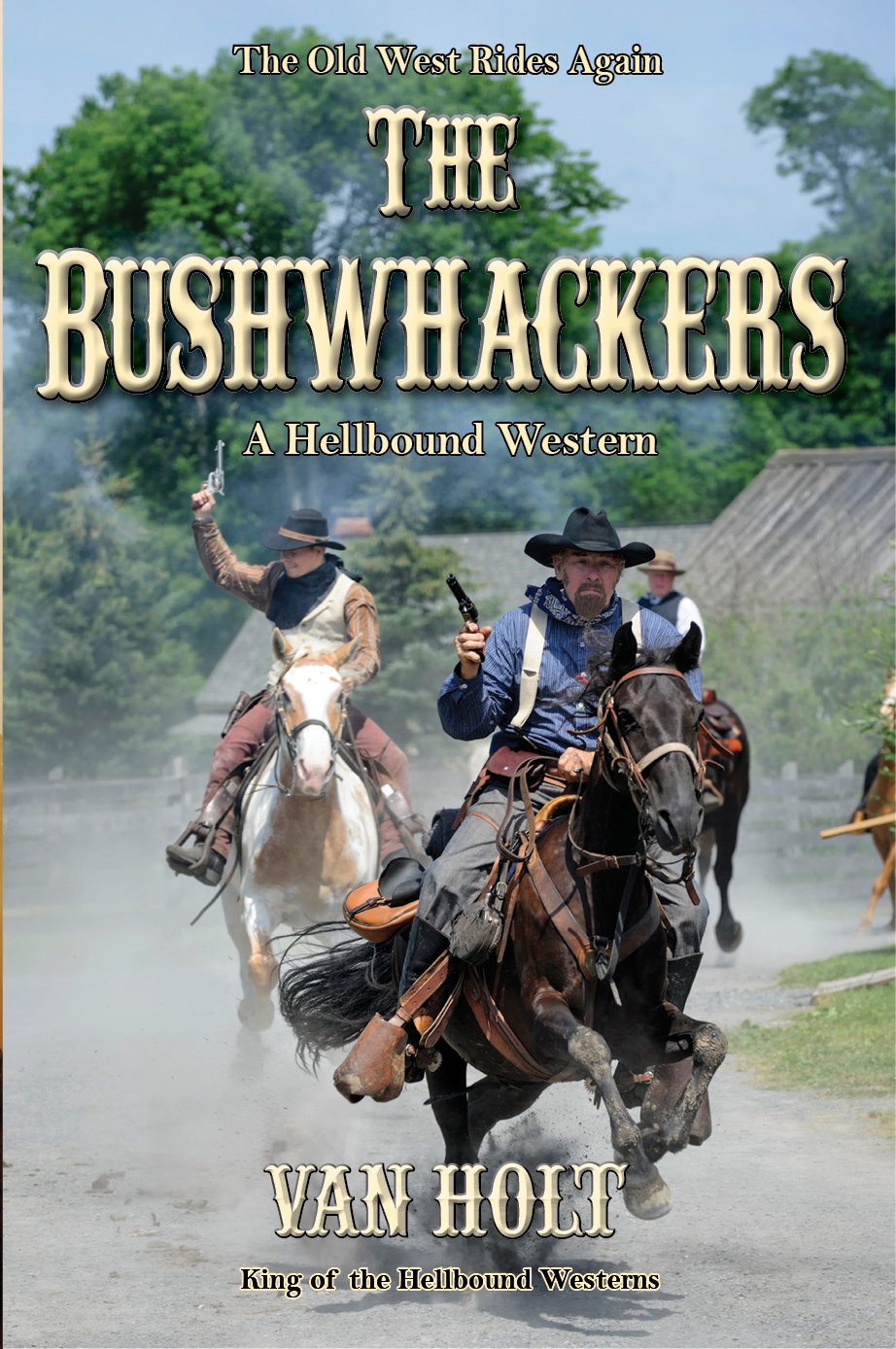 About the Author:
What some reviewers have to say about Van Holt’s writing:
“Step aside Louis L’Amour, another great Western writer is here…” –Heather
“I had a feeling that Van Holt…might actually be the successor to Zane Gray, a master Western storysmith, whose novels set the style of a generation.” –Stern0
“Van Holt is King of the Spaghetti Western…” –Rarebird1

Website(s)
Link To Buy The Bushwhackers