You are here: Home / Autobiographies, Biographies & Memoirs / The Bride’s Trunk: A Story of War and Reconciliation by Ingrid Dixon 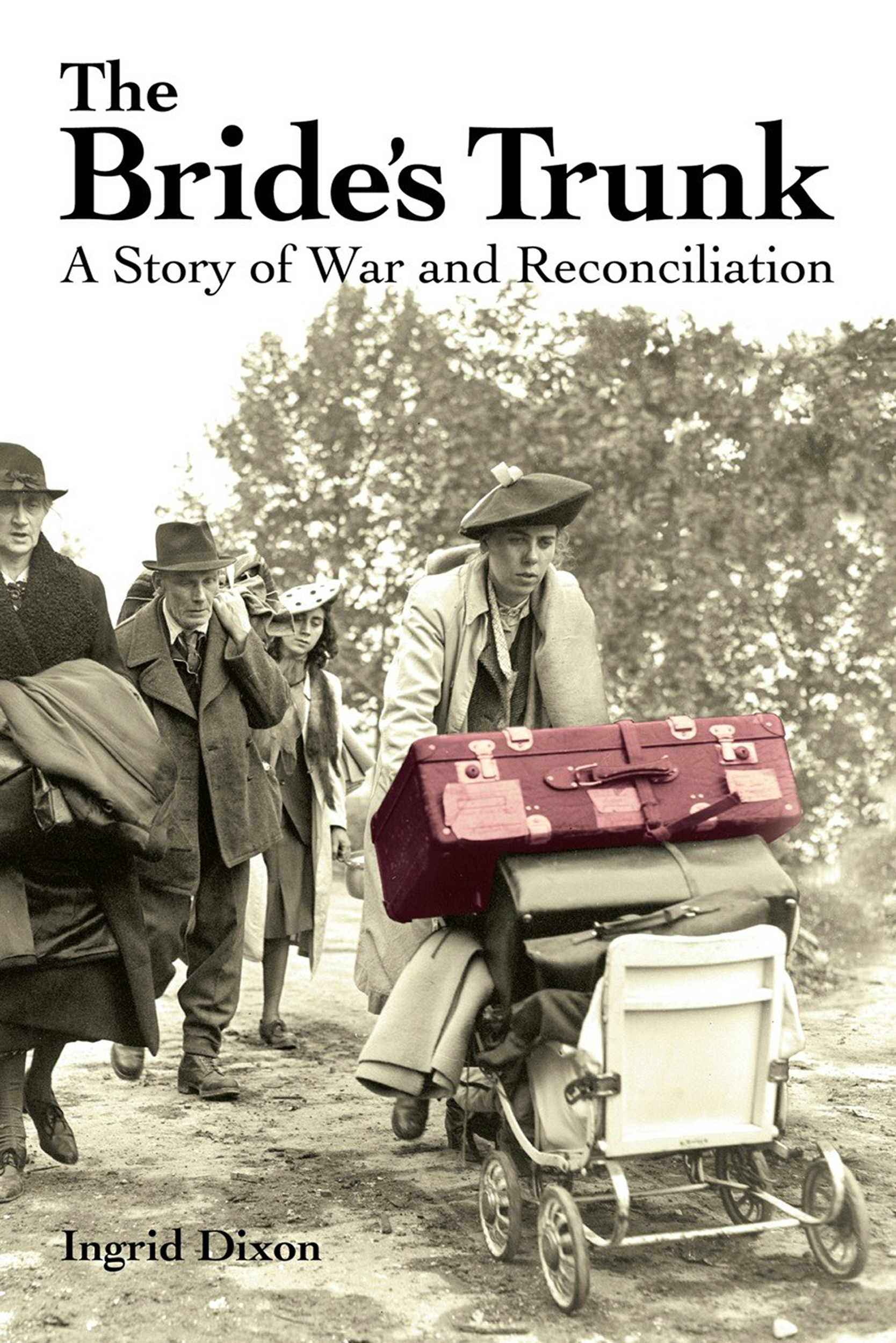 What inspired you to write your memoir?
The book has been in the making for over twenty years and is actually a family story rather than a personal memoir. The prime motivation has been to explore the political events and social developments that led to growing up in both the German and the English cultures.

Seventy years ago, on 1st August 1946 in the aftermath of the Second World War, the British Government withdrew the ban on British soldiers marrying German women. The subsequent months witnessed a steady flow of German women arriving in Britain to marry British soldiers and ex-servicemen. In The Bride’s Trunk: A Story of War and Reconciliation, Ingrid Dixon tells the story of her parents, who met in the chaos of post-war Germany and married in 1946.

A true story of love and reconciliation in the aftermath of the Second World War.
Minny leaves Germany on a bitterly cold morning in December 1946 and travels to England to marry Jim, a British Intelligence Corps soldier in the Allied armies that defeated the Nazi regime in 1945 and occupied the devastated nation. She has survived British and American bombs and witnessed the destruction of Aachen, her ancient and beautiful city. How will a German woman cope in austere post-war Britain, where she is still regarded as the enemy? Illustrated with almost 100 images and original documents, The Bride’s Trunk describes the adventures of an unremarkable piece of luggage and three generations of its owners, whose journeys across Europe are determined by the turbulent events of twentieth century history.

How did you decide how to publish your book and where is it published through:
The difficult decision-making process about how and where to publish culminated in a small publishing partnership – The Cloudshill Press – for whom The Bride's Trunk is the first book. Working in a small partnership gives plenty of flexibility and input into the final product.

How do you see writing a Memoir as different from writing other genres of books?
It is important to strive for accuracy, so there is no place for flights of imagination, but you still have to tell an interesting and engaging story.