You are here: Home / Fiction / Historical / The Blacksmith’s Arm by Keith L Wright 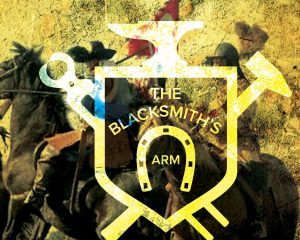 The idea of the book is to show how a major historical event affected the ordinary people of England. They lived simple lives and did not know or care about the wider world. Their life was one of pure survival, but this is not to say they did not enjoy many of the experiences of the present day.
By looking at the life of two boys born over 400 years apart I see how things of changed but not entirely.
I also consider the possibility of changes had the riots of 2011 turned into a second English Civil War.
This is not an historical tome but whilst it considers important issue the peppering of humour makes the book a good read.

Targeted Age Group:: teenage and above

What Inspired You to Write Your Book?
The history of conflict is generally written by the victors and thus somewhat biased in the portrayal of events. It is also written by the wealthier and more educated members of society who usually see life from a more remote less destructive perspective. I believe the view of the ordinary people was very different from the way the ennobled characters saw life. It was therefore my plan to try to look beyond the standard history book and partly through humour examine ordinary life.

How Did You Come up With Your Characters?
I have lived in many parts of England and observed the diverse characteristics of each area. It is surprising how different even in today's terms various regional behaviours remain unchanged. It was through observing people in all situations and areas that I was able to develop my characters that reflected the various parts of England.

Book Sample
But my fire was heating and I jerked him to a stop. “Who the hell is Oliver Cromwell?” I scorned, forgetting one of my other traveller’s stories. “Steady my angry friend,” he snorted, rearranging some of the fleas nesting in his ragged attire. “He is part of Parliament; I assume you have heard of them my friend?” My response was not quick enough so before I had thought of a reply he was on me.
“A lesson my country bumpkin. There is the King, Charles the First and there is Parliament, who represents the people.” My sparks spat. “Now I know you are telling shit because the King is for the people nobody else.”
“Well my young cow turd,” he responded, challengingly, “They say, the King is for the King and maybe some nobles, whilst Parliament is for the people.”
I had nothing to say so I stilled my fires and let him to continue. “Anyway my fine squire,” he narrated, smirking in winning the first skirmish, “The parliamentary army offers free regular food and clothing to anyone who joins them. All you have to do is march a bit and fight now and again. A job well suited to you, dog turd.” Overheating again, I wanted to teach this festering sore some respect, but a familiar growl from my father soon doused my fire.

Buy The Blacksmith’s Arm On Amazon