You are here: Home / Fiction / The Adventures of Detective Reyes: Case of the Hooded Murderer by Michael J Reyes 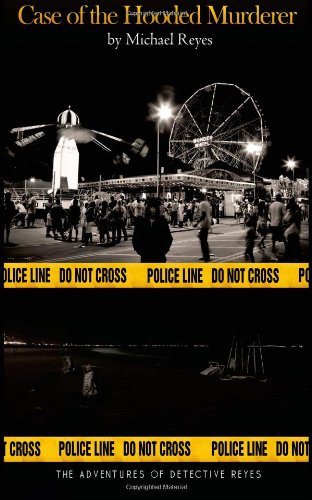 Based in NYC, a detective named Michael Reyes (Mike for short) solves gruesome murder cases with his partner Morgan Westfield. They’ve only been partnered for two years but their success rate in closing cases is the highest of any detective duo in the force. Mike is a legend and Morgan has risen through the ranks quickly to become the youngest detective, female or male, in the history of the NYPD. Mike is married to a gorgeous doctor named Gisselle whom he loves dearly. Morgan is single with no significant other. This is the first of a series of stories about this detective duo solving gruesome crimes in the streets of NY.

Author Bio:
Michael Reyes was born in Brooklyn, New York. As a child, he spent some time living in Portsmouth and Chesapeake Va, and Arecibo, Puerto Rico. He returned to Brooklyn when he was 15. During his youth, he lived in some of the worst neighborhoods you could imagine. Drug dealing and murder were common occurrences. However Michael stayed out of trouble and in his 30 years has never been arrested. From a young age Michael always had a passion for telling stories. He started to write in high school, but his teacher didn’t approve of his work and criticized him, causing him to give it up for a period of time. Fifteen years later his girlfriend, Gisselle Almanzar, encouraged him to finish his first book, “Adventures of Detective Reyes: Case of the Hooded Murderer.” Michael still lives in New York City.

Link to print book on Amazon