You are here: Home / Non-fiction / Body/Mind/Spirit / The 9 Universal Laws of Success and Success in the 5th Dimension by Jan Carlo Beltran Seña 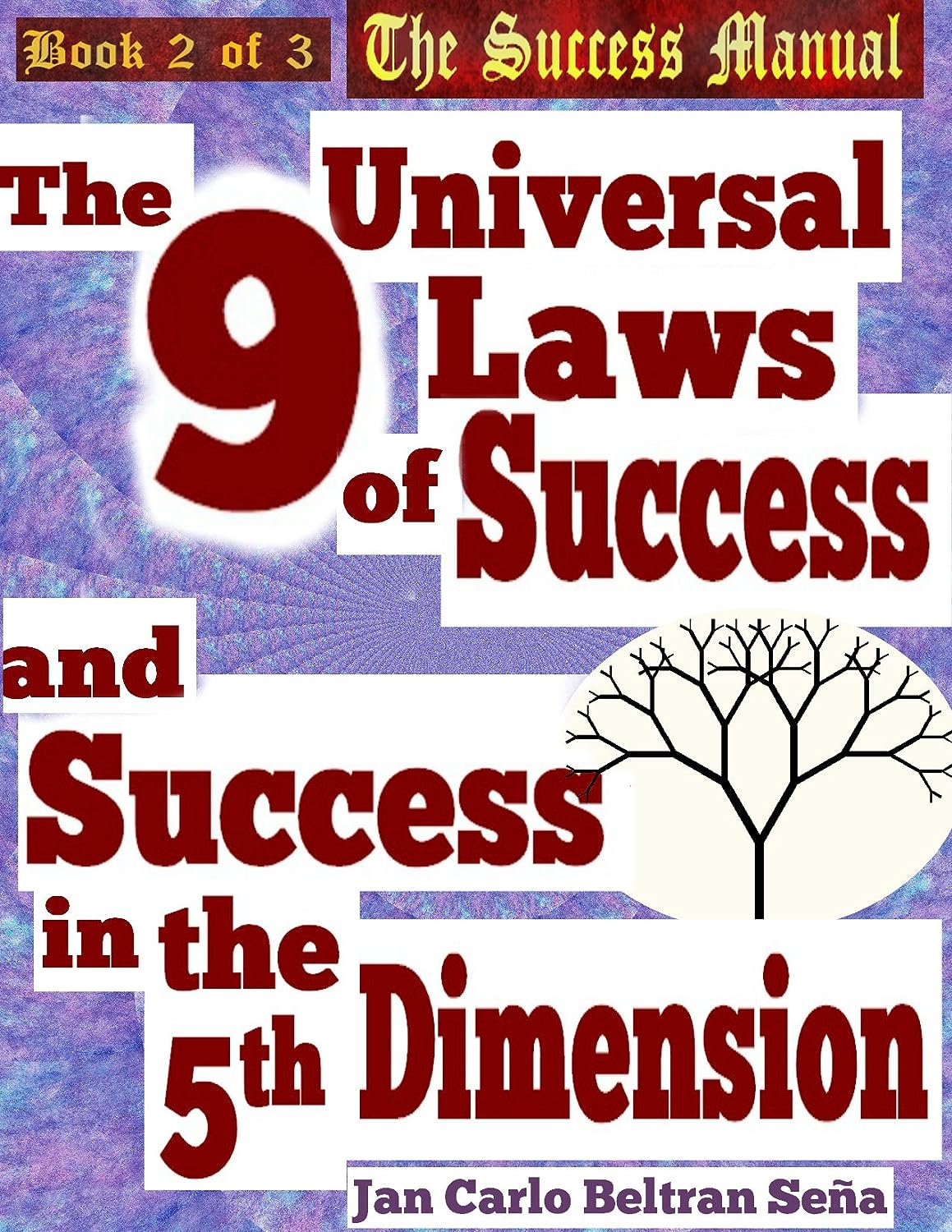 Book 1: Success Primer and the 3 Keys to Success
Book 2: The 9 Universal Laws of Success and Success in the 5th Dimension
Book 3: The 42 Secrets of Success
By Jan Carlo Beltran Seña

I designed the Success Manual Series to be a complete detailed reference and guide of all things related to Success— its philosophies and its attainment.

Book 2 reconciles the ideologies of the ancient philosophies of Metaphysics with the modern theories of Quantum Physics. The book is divided into two main parts; the first presents the 9 Universal Laws of Success and the second discusses Success in the 5th Dimension.

In the first part of the book, philosophies and observations on the nature of reality and the universe is presented as The 9 Universal Laws of Success.

As you study the philosophies and the methods to achieve personal success, you will realize that success is always associated with the esoteric and spiritual metaphysical teachings of the thinkers and leaders of old. Success is, after all, the result of how effective you are in aligning yourself with how the Universe works.

Even if you don’t learn from the teachers of the past, if you are serious about success and have contemplated your life as you move towards success, you will have insights and realizations that parallel what spiritual leaders, success philosophers and proponents of metaphysics have long since known about.

There is not one single source of the 9 Universal Laws of Success. Each of these success laws have been discovered and rediscovered countless times by many in their quest to reach their highest level of success and live their most ideal lives. These insights and teachings are presented in part 1 of the book.

Part 2 of the book deals with Quantum Physics theories that scientists have presented in the modern era. These theories are extrapolated into thought experiments that overlap perfectly with the profound questions and answers proposed by metaphysics.

In part 2 of Book 2, I present the 3rd, 4th, 5th and 6th Dimensions of reality/ the universe. I discuss what each dimension means, how it operates and how it directly affects your life. I also compare these dimensions and identify which dimension you should align yourself with to realize your ultimate dreams and attain true success in your life.

What Inspired You to Write Your Book?
I have always been fascinated by the mind of man. Ever since my High School years, I have philosophized about the relationship between the mind of man, man’s fate, man’s life, man’s success and the universe or reality. Now that I have had several more years of contemplation and study in the subject, I felt a desire and a duty to share my epiphanies.

Book 1: Success Primer and the 3 Keys to Success
Book 2: The 9 Universal Laws of Success and Success inthe 5th Dimension
Book 3: The 42 Secrets of Successis my gift to those who wish to understand life, success and the nature of the universe.

How Did You Come up With Your Characters?
This is a non-fiction book, so there were no characters created.

Book Sample
Part IV
“As above, so below. As within, so without. With this knowledge alone, you may work miracles” ~ Hermetic Law

The theories and the models proposed by Quantum Physics support ideas of the Metaphysics of Philosophy and Theology and vice versa. They are two sides of the same coin. The ideas and theories that both fields of study present go hand in hand, as such, you owe it to yourself to study not only what the sages of old are saying about life, reality, the universe and your success, but also what the scientists of today are theorizing.

Theories derived from the study of Quantum Physics propose that our universe is but a single possibility in an infinite set of possible universes. Quantum Superposition is a theory that states that any matter, any particle, exists in all its possible states simultaneously. Heisenberg’s Uncertainty Principle and the Copenhagen Interpretation then explains that with the act of observation, the possibilities will collapse into a single possibility making it the one reality that is observed. This idea is the very foundation of the Many Worlds Theory of Quantum Physics.

About the Author:
Jan Carlo Beltran Seña or “JCBS” is an artist, a visionary, an entrepreneur and a student of all things in life.

He is the author of the Success Manual Series comprising of 3 Volumes.

Book 1: Success Primer and the 3 Keys to Success
Book 2: The 9 Universal Laws of Success and Success in the 5th Dimension
Book 3: The 42 Secrets of Success

He is currently working on a Fiction Series that is set to be published in 2014.

JCBS is determined to write and direct a series of feature films in the near future.