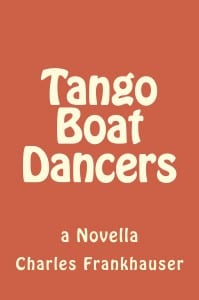 A German psychologist in the late 1930’s is caught conducting a romance with a high party official’s wife. The psychologist fakes insanity to remain in Homesick House to save his life. The psychologist provides a U-Boat Admiral with a secret cure for homesick sailors on long deployments scouting the American coastline in preparation for war. A male and two female naval Lieutenants are assigned to test the cure while working undercover in Key West, Florida. Brothel training is provided at government expense in Hamburg prior to their mission.

Many situations at work involve seniors assigning vague tasks to juniors. A brainstorming technique sometimes produces weird results. This novella is an example of the results that can follow when a boss assigns a task with limited guidance as to how it might be accomplished.

Targeted Age Group:
YA and Adult

How is Writing In Your Genre Different from Others?
Writing in humor at a YA and adult level requires careful selection of scenes and the language employed.

What Advice Would You Give Aspiring Writers?
Write drafts and ask others for their opinions on one’s work. Submit to sites visited by other writers that provide feedback on one’s work. Read the works of others to understand different writing styles.

Author Bio:
Charles Frankhauser has written a memoir, two novels, and two novellas. The discovery of Kindle has opened the electronic marketplace for quality writing at affordable prices. The author is a graduate of the U.S. Naval Academy with service aboard diesel-electric submarines. It’s important to him to base plots on locales previously visited whenever possible. His goal in writing is to entertain readers with interesting stories sprinkled with humor.

What Inspired You to Write Your Book?
As a young man, I served four and a half years on continuous sea duty in the U.S. Navy. I was unmarried for most of that time. Homesickness was a state that I sometimes encountered during long cruises at sea aboard a surface ship and a submarine. I wanted to entertain readers with a humorous account of a German Admiral (prior to World War ii) faced with eliminating homesickness among U-Boat sailors on long deployments from their homeland.