You are here: Home / Bargains and Freebies / Bargain Books Under $3 / Taking Stock by Scott Bartlett @scotttbartlett

Just as Sheldon Mason is about to end it all, he meets his upstairs neighbour, a drug dealer named Sam. Sam gets him professional help, as well as a job at a local grocery store.

As he struggles to make sense of his life, Sheldon starts to notice something odd about one of his new co-workers, Gilbert Ryan. Gilbert seems to know about Sheldon’s mental health issues – in fact, he seems to know secrets about everyone.

And Gilbert sees value in Sheldon…

Taking Stock details the sort of behaviour that occurs in a society that is built on atrocities. We, as individuals, internalize the murderous logic of the machine that sustains us. It is often evident in the way we treat one another. 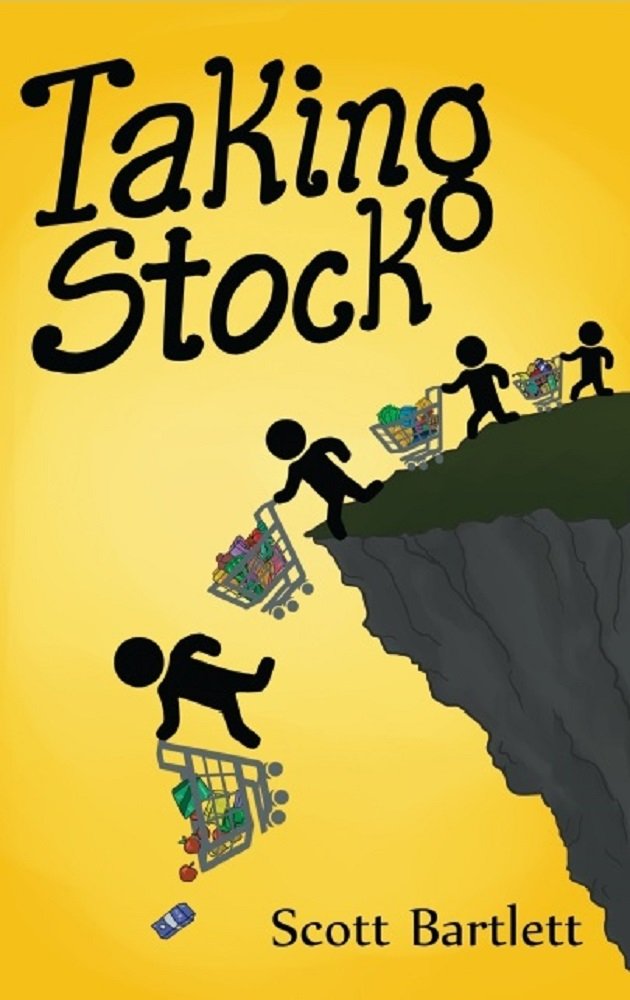 About the Author:
Scott has been writing fiction since he was 15. His medieval comedy novel Royal Flush received the H. R. (Bill) Percy Prize. His contemporary novel Taking Stock received funding from the Newfoundland and Labrador Arts Council, and won both the Percy Janes First Novel Award and the Lawrence Jackson Writers’ Award. Scott recently again received funding from the NLAC to write Air Earth, a dystopian novel set in the far future.

Scott’s short fiction has won awards, too. He recently placed 2nd in Grain Magazine’s Canada-wide Short Grain short story competition. As well, both of the short stories he submitted to the Cuffer Prize in 2012 were selected to appear in The Cuffer Anthology.

In 2012, Scott won an international blogging competition, travelling to Rio de Janeiro as a result and blogging for the United Nations Environment Programme at World Environment Day.